Women’s and Children’s Health and the SDGs 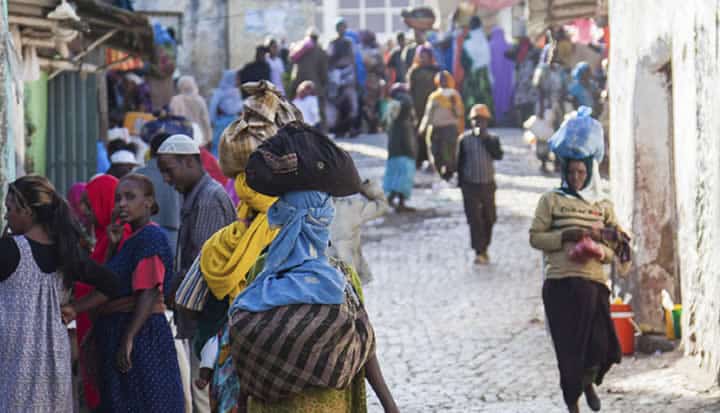 Women’s and Children’s Health and the SDGs


By Next year, the Millennium Development Goals (MDG) will be replaced by the Sustainable Development Goals (SDG) -- a set of even more ambitious targets for global development. In a bold attempt to create the healthiest generation of young women and children in the world, the new SDGs will require the near elimination of preventable maternal and child deaths by 2030.

What we have learned from the MDGs is that making the world healthier for women and children has a transformative effect on economic and social development. One recent study in the Lancet, Global Health 2035, found that reductions in premature death accounted for 11% of recent economic growth in low and middle income countries. Another, the New Global Investment Framework for Investing in Women's and Childr..., found that an increase of just $5 per person to improve maternal and child health could yield up to nine times that in economic and social benefits.

But despite this compelling evidence, public and private sector financing for women's and children’s health has not been adequate to achieve the MDGs and without additional investment the ambitious new SDG goals will not be reached.

President’s AIDS and malaria initiatives (PEPFAR and PMI), the Global Fund to Fight AIDS, TB and Malaria (GFATM) and the Global Alliance for Vaccines and Immunization (GAVI). The private pharmaceutical, energy, mining, and consumer goods sectors all rallied around these massive global efforts and as a result there has been strong progress in reversing the spread of AIDS and malaria and impressive reductions in vaccine-preventable child deaths, particularly from measles and tetanus.

We have not seen the same levels of investment in some of the most critical areas affecting women’s and children’s health. (Table 1) This is one of the reasons an estimated 300,000 pregnant women are still dying each year, almost 3 million babies are dying in the first month of life, malnutrition contributes to almost half of all child deaths, more than 200 million women want to use contraception but cannot get access to it, and 2.5 billion people do not have access to a toilet. And pneumonia, the disease that causes more child deaths than AIDS, TB, and malaria combined -- still lacks public and private sector financial support with the majority of children who die from pneumonia each year failing to receive the recommended antibiotic treatment or oxygen therapy.

Table 1: Leading Causes of Deaths Among Children and Pregnant Women

So what would bold, transformative corporate action in women’s and children’s health look like in the SDG- era?

First and foremost, it would target the leading causes of maternal and child death with a special focus on the populations where deaths are concentrated.

Let’s imagine a world where healthcare industry leaders join forces to upgrade the quality of maternity and newborn care at the hospitals with the highest infant and maternal mortality. Add to that a massive effort by leading contraceptive manufacturers, telecommunications, and advertising agencies to increase modern contraceptive use among the populations of girls and women who are paying the highest price for lack of access.

And what if leading antibiotic manufacturers collaborated with medical device makers and technology giants to design and deploy simple devices to identify the children most at risk of death from pneumonia and treat them quickly with antibiotics and oxygen?

Imagine if food industry giants distributed their specially fortified foods to the communities struggling with the highest numbers of stunted children and low-birth weight babies.

What if energy and mining leaders were able to transform the sanitation infrastructure in the countries where lack of access to toilets is a major contributor to child malnutrition and delayed growth?

And in a massive push to educate new mothers what if the consumer goods industry decided to use its powerful product marketing machines to educate pregnant women about the importance of professional care during pregnancy and childbirth and the basics of good newborn care?

Finally, imagine if all of this work was concentrated in the fifteen countries where 70% of maternal and child deaths are concentrated -- India, Nigeria, Pakistan, Democratic Republic of Congo, China, Ethiopia, Angola, Indonesia, Bangladesh, Kenya, Uganda, Afghanistan, Tanzania, Sudan and Niger.

With less than 500 days remaining to the MDG deadline these are the kind of transformative initiatives that should already be in the works. Increasingly, it will be ‘shared value’’ approaches that are best placed to deliver big impact and keep corporates engaged for the long haul. Corporations should not wait for governments and their nonprofit partners to reach out to initiate these partnerships. They should go right ahead and start the ball rolling and step up to lead the multi-stakeholder public-private partnerships that will make or break success in women’s and children’s health in the SDG era.

Editor's Note: This blog was previously published on U.S. Chamber of Commerce Foundation and is reproduced with permission.
Previous postNext post