The Future is Yours 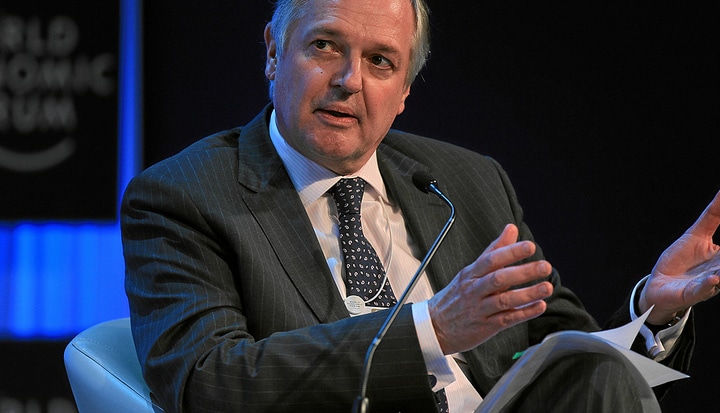 
Every day, when watching the news, we see pictures of famine and floods, droughts and demonstrations, confronting us with the effects of increasing resource scarcity, climate change, food security, civil unrest and poverty. We see the increasing numbers of people left behind.

Many wonder how on earth we are going to address all these challenges. They feel overwhelming and not a little confusing. We should not lose sight of the fact that there is also plenty of ‘good’ to write home about. We've succeeded in nearly halving child mortality rates since 1990, for example, and polio cases have decreased by more than 99 percent since 1988.

But this is still a time of volatility, revolution, of uncertainty and ambiguity and increasing complexity. The challenges are pressing and distressing, and it can be difficult to know where to begin to address them—there are no quick fixes for what ails us.

What many people forget is that we have an emerging power to make fundamental shifts in the state of the world – the power of youth.

And we also have an evolving and emerging tool called technology.

The masterful 20th century designer Charles Eames once said, “Beyond the age of information is the age of choices.”

We're racing through the information age—more than 95 percent of all information on the planet is now in digital form, and four out of every six people is using the Internet—which means it's time to use the information we have to make some of the serious choices we need to make about our future on planet earth.

With this as a backdrop, Unilever, in partnership with the Cambridge Programme for Sustainable Leadership and Ashoka Changemakers, has launched a search for practical and tangible innovations created by young people that help make sustainable living commonplace: the Unilever Sustainable Living Entrepreneurs Awards.

I am a firm believer in the power of youth (I have three boys myself, all in their twenties). The youth of today, by the way, are 50% of the population in emerging markets and 100% of its future population. Their imagination, their strength of purpose, their genuine concern are all things that attract me to young entrepreneurs. Yet we don't always harness that power, and too often we exclude many of the young from the most important issues. We want to change that.

I am also a believer in the power of technology. The change in Egypt two years ago was organised by Facebook, with a running commentary on Twitter and illustrated on Youtube. There are, famously, more mobile phones in India, than toilets. And who better to utilize the power of technology than the youth for whom it is second-nature? And to utilise it to deliver social responsibility, not egocentricity, to the market, and to crowd out profiteering by creating more space for volunteering.

The technology we now have at our fingertips allows for the spread of good ideas faster than ever before. It allows forward-thinking leaders to scale-up proven solutions to change the way the world does business—it's not just about reducing negative impacts, but also about making positive contributions.

The young give us hope because young people are certain their best days still lie ahead – which explains why they're absolutely convinced they can change the world for the better. As their parents, teachers, neighbours and friends, we want nothing more than to leave young people with a world of opportunity, which gives our work meaning.

And meaning for us? Responsible, equitable growth that is decoupled from environmental impact and makes a positive contribution to society. This kind of meaning, this mission, will be the new normal in business. It must be.

Sustainability makes good business sense and we're all on the same team at the end of the day. That's the truth about the human condition. We have caused, directly and indirectly and over time, a great majority of the challenges our communities struggle with today. It's up to us to properly address them.

Unilever is working on it, but we won't succeed alone.

If we all act together; business, governments, NGOs and citizens – and especially the young – just imagine the good we could create. We not only need the help the young can give us, but their enthusiasm, ambition, drive and ideas too. Today over half the world’s population is under 30. In some countries the figure is more like two-thirds. This gives me hope. There is a new, more entrepreneurial spirit among today’s young people. Young people have the opportunity, the responsibility and duty to be that catalysts for change. They all have the potential to be leaders and change-makers.

To paraphrase a line by the great British playwright George Bernard Shaw, and made famous by the US politician Robert F. Kennedy:

“Some people see the world as it is and ask: what can I do?

Young people see the world as it could be and say: together we can.”

Will you join us?

This post was written by Paul Polman, who has been CEO of Unilever (@Unilever) since 1st January 2009. Under his leadership, Unilever has set out an ambitious vision to double its size while reducing its overall environmental footprint and increasing its positive social impact.