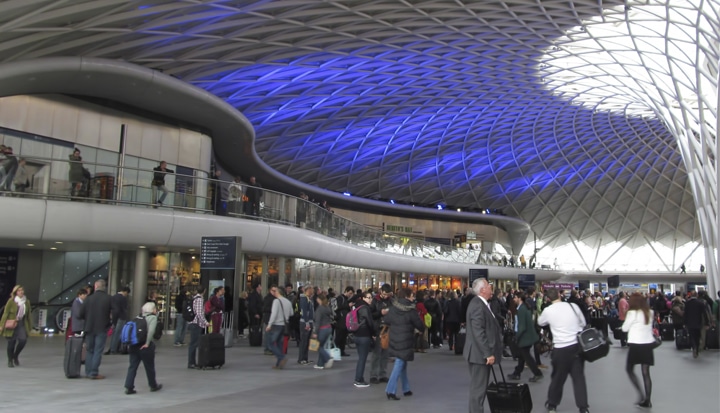 
“Here’s to the crazy ones. The misfits. The rebels. The troublemakers. The round pegs in the square holes. The ones who see things differently,” ran Apple’s 1997 ‘Think Different’ ad campaign. Once heard or read, the words—crafted by TBWA/Chiat/Day, were hard to get out of your head. And they didn’t end there.

“They’re not fond of rules,” we were told. “And they have no respect for the status quo. You can quote them, disagree with them, glorify or vilify them. About the only thing you can’t do is ignore them. Because they change things. They push the human race forward. And while some may see them as the crazy ones, we see genius. Because the people who are crazy enough to think they can change the world, are the ones who do.”

Change agents are always fascinating, whether they are discovering antibiotics, pioneering heavier-than-air flight or inventing an entire new industry, like ethical microfinance. Having spent much of the past decade spotlighting, investigating and working with pioneers in areas like social and environmental enterprise, I know how seductive many of these people can be. They are the change agents we can see— and who know how to snag our imaginations and play them for years, persuading us to part with money, time and connections in pursuit of their noble cause.

When SustainAbility—and later also Volans—attracted a 3-year grant from the Skoll Foundation to help build the field of social entrepreneurship, we found that all the world’s leading social entrepreneurs were desperately keen to find ways of working with mainstream business. So in our second study, The Social Intrapreneur, we identified, researched and celebrated their counterparts inside the business mainstream, in companies as diverse as Accenture, Banco Real, Coca-Cola, Ford, Morgan-Stanley and Nike. What we found surprised us, among other things that many of these social intrapreneurs were still struggling to find a common identity, even if they share a common purpose.

It is tremendously exciting to see academic research now developing in the field— and I welcome this timely and thought-provoking Occasional Paper from David Grayson, Melody McLaren and Heiko Spitzeck on those who see differently in the business of social innovation. As a Visiting Professor at the Doughty Centre for Corporate Responsibility, their investigation of this much-needed “extra force” makes me even prouder of the association between Volans and the Cranfield School of Management.