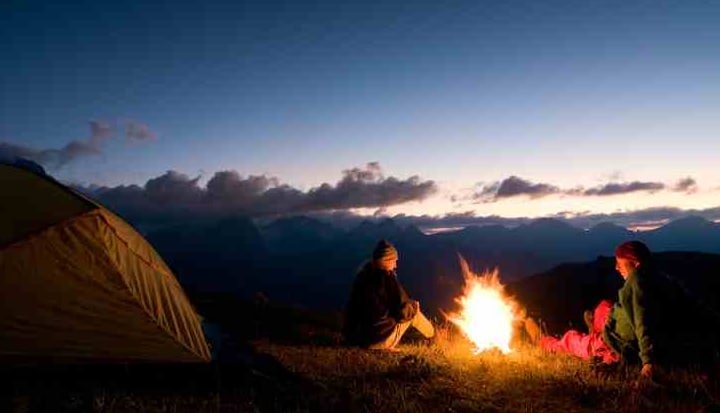 
When a researcher in corporate responsibility meets a management consultant, it rarely begins with improvising a jazz piano duet at a conference. This is, however, what happened when Melody McLaren, an Associate of the Doughty Centre for Corporate Responsibility, first met Lionel Bodin, a Senior Manager at Accenture Development Partnerships, during the inaugural award ceremony of the League of Intrapreneurs in April 2013. Appropriately, when they sat down together at the piano, they chose to play Charlie Parker’s famous 1945 composition, Now’s the Time. Their initial musical conversation sparked a subsequent dialogue between the duo, and their teams, about the parallels between jazz and “social intrapreneurism” – the creation of products, services and processes that generate commercial value for companies and social and environmental value for the wider community (from within companies). As the conversation unfolded it was enriched through the engagement of other colleagues, friends, musicians and social intrapreneurs. But how did Melody and Lionel come to meet in the first place?

The Doughty Centre team began studying social intrapreneurism back in 2009 as part of a wider research agenda looking at how employees become engaged with sustainability issues as well as how companies create business opportunities (vs. merely mitigate risk) through their corporate responsibility activities. In parallel, Accenture, the management consulting, technology services and outsourcing company, had also been exploring the concept of social intrapreneurism. In particular, they co-designed and became the convening sponsor of an unusual business competition called “the League of Intrapreneurs” which aimed to identify global corporate game-changers and at the same time launch a movement around social intrapreneurship.

Mel: “There are a growing number of people – including, as we know, our colleagues at the Doughty Centre and Accenture – who believe that social intrapreneurism is not merely a new activity emerging within the corporate responsibility and sustainability domain but a gateway to an entirely different way of doing business. Businesses need to be recognised for what they truly are – not isolated entities operating in bubbles but value-creating (and potentially value-destroying) communities, interconnected with the wider world through networks of employees, suppliers, customers and others. Jazz music-making is a powerful metaphor for describing the “conversation” from which new business ideas emerge and develop.

Lionel: “I really like the concept of thinking of creativity as a flow. In today’s business world, most leaders talk about Business Agility and for me, this resonates with the concept of Improvisation – not in the common sense of individuals behaving randomly but with a with a jazz angle where musicians play together without a precise plan but under a common agreement about theme, harmony, pulse.. That’s a behaviour we observe with many social intrapreneurs who put their vision first and find ways – sometimes complex – to reach it.”

Mel: ”In both phases of our Doughty Centre research – focusing first on individual social intrapreneurs and then the enabling environment which supports them – it was evident that the quality of the “conversation” between social intrapreneurs and their colleagues, both inside and outside their organization, whose support they secured, was paramount. There’s a strong parallel with music improvisation here. There are set “forms” – rules of engagement within a business that have to be learned by everyone, like the need to create commercial profit to survive. But what sets great social intrapreneurism teams – like great jazz music ensembles – apart from others is the capacity to get a “flow” going between them that produces completely new business ideas that are both commercially profitable and create social or environmental benefit for wider society.

Lionel: “Mel, you did a great job in comparing jazz activities with the personal stories of some famous social intrapreneurs. Jazzmen “jam” with musicians they don’t know, they train and practice, they act as sidemen or lead bands. Which activity would you pick up as most important?”

Mel: ”Woodshedding – practicing and developing your skills – has to come first. A lot of people – particularly non-musicians - believe that jazz musicians simply sit down and start producing music spontaneously without serious preparation. Having had to make the transition from classical to jazz piano myself, I’ve discovered through personal experience that nothing could be further from the truth. I’d had years of training as a classical pianist but I had to develop a completely new set of skills for jazz – particularly listening and developing a more accurate sense of rhythm and pulse as well as getting my ear used to completely new harmonic forms – before I could join in a jazz “conversation” properly. It’s taken me years and I’m still having to work at it. As my friend Stephen Keogh – a professional jazz drummer and educator who directs the Global Music Foundation - says:

‘Jazz is a language...one has to learn a vocabulary and grammar. Then there can be a conversation…there are principles that must be learned, lived, memorised, and an instrument that must be mastered, plus attention to sound, pulse, intonation, repertoire, etc. This is all training and it never stops.’

When we looked closely at the critical success factors for social intrapreneurs we studied, we discovered that many had spent years in their organization, not only developing their skills within a particular discipline, such as marketing, engineering or architecture, but also to learn how things get done – absorbing the organisation’s culture, values and processes in a deep way.

Only when they’d “paid their dues” – to use another jazz term – and earned the trust and confidence of their colleagues could they move ahead with their new ideas, even if they seemed a little crazy at first. It’s a bit like a soloist who plays really unusual harmonic or rhythmic lines on-stage. To the uninitiated listener the music may appear to be breaking rules but in a band that’s spent a lot of time playing together, musicians will trust each other and go with those ideas, even when they don’t quite know where they’re going to end up. That’s quite risky in the middle of a big performance but it’s also what can make jazz music really thrilling, for the players and the audience.”

Lionel: “You are mentioning the role of the soloist. Social intrapreneurs, like social entrepreneurs, have to demonstrate their ability to develop a solo. The way they tell stories, inspire people and explain a vision are key for success. On the other hand, I also found in my interactions with social intrapreneurs that these people are really active listeners. They hear people but, more broadly, their business environment, at a really deep level.”

Mel: “’Yes, this also showed up in our research. If you look at the careers of great jazz musicians, most of them have been bandleaders but all of them have done their time as sidemen. Great jazz musicians have learned to be great team players. Likewise, successful social intrapreneurs really invest time and effort in ‘listening’ to what others in the business need, “comping” (accompanying) for them as required. Only then do they ‘speak’ about their ideas – and, because they’ve been learning the language of their peers, they articulate those ideas in ways that make sense to others, particularly senior decision-makers who control needed resources. They’ve practised and refined their listening, comping and speaking/soloing skills over time.“

Lionel: “I think comparing jazz and social intrapreneurism is really fascinating. But, for me, it goes beyond a simple intellectual exercise. I truly believe that jazz metaphors help to re-frame leadership in new ways. The management literature is full of sporting metaphors which focus on competitiveness and winning and the importance of individual leaders, whereas jazz metaphors emphasise the value of co-operation and provide a more nuanced view of leadership. And social intrapreneurs need both to demonstrate their ‘soloing’ skills but also their ‘comping’ ones”.

Mel: ”This alternative view of leadership is, I think, really powerful and can be applied, not just to social intrapreneurism but to business more generally. Just as Charlie Parker and his fellow musicians revolutionised jazz with the bebop movement, perhaps we are currently observing the start of a business revolution that creates a completely different “scene” with new, more collaborative leaders who are prepared to work across cross-sectoral borders to create social and environmental, as well as economic, value.

Lionel: Looks like social Intrapreneurs are here to stay.

Mel: And now’s the time to start spreading the news about them. Our Doughty Centre team are preparing a new book on social intrapreneurism for publication by Greenleaf in 2014.

Mel: Sounds like we’ve got some more great duets coming.

Melody McLaren is Director of McLaren UK, a creative business services consultancy, and is an Associate of the Doughty Centre for Corporate Responsibility at Cranfield School of Management, which works to empower current and future managers with the knowledge, skills, and desire to lead responsible, sustainably managed organisations. The Doughty Centre grounds research, teaching and advice in sound management theory and insightful observation of corporate good practice. Trained as a classical pianist from early childhood, Melody was inspired to take up jazz piano in 2005 after attending the Global Music Foundation Tuscany International Jazz Summer School.

Lionel Bodin is a Senior Manager from Accenture Development Partnerships. He leads operations in Switzerland and France, and drives Accenture’s Social Intrapreneurship initiative, which includes providing support to the League of Intrapreneurs competition. Accenture Development Partnerships collaborates with organizations working in the international development sector to help deliver innovative solutions that truly change the way people work and live. Its award-winning business model enables Accenture’s core capabilities–its best people and strategic business, technology and project management expertise–to be made available to clients in the international development sector on a not-for-profit basis. As a hobby, Lionel plays jaz