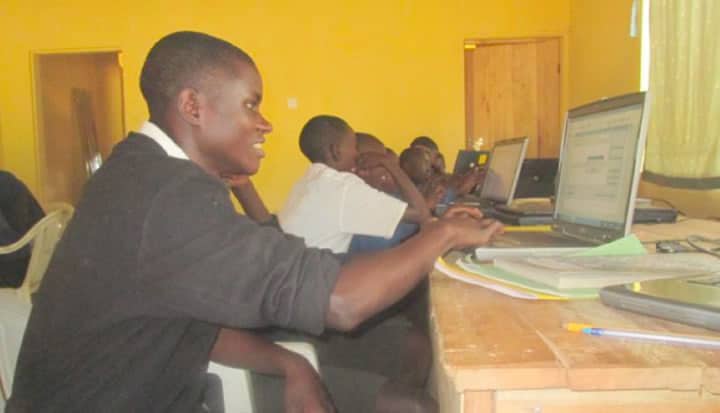 Ida Horner, Chair, Let Them Help Themselves Out of Poverty

Ida Horner, Chair, Let Them Help Themselves Out of Poverty


According to Uganda’s National Bureau of statics (UBOS) under employment amongst 18-30 year olds is high and that at least 14.1 Million young people in rural areas are unemployed due to lack of skills.

Itojo Sub County in Ntungamo district where our charity works, 85% of the population is aged between 15-30 years and the incidence of unemployment amongst this age group in the district is 90%.

School leavers in this region are not guaranteed a job in a formal setting and some have little by way of resources to create their own employment. For some, the only option is to head to towns and cities in search of a better life. But even then, they are almost always unlikely to find work due to lack of skills, low education attainment and high unemployment.

They further, face competition from unemployed youth with higher education attainment and who are almost always better skilled. For instance, the UBOS reports that unemployment amongst the youth in Kampala, Uganda’s capital stands at 15% and is three times higher than the national average.

In order to address the lack of skills amongst young people in Itojo Sub county, LET THEM HELP THEMSELVES OUT OF POVERTY has created a Skills Development Initiative in the village of Ruhanga .

The initiative aims to provide access to skills training in areas such as computing, tailoring, mechanics and carpentry. From the feedback received from the community, these skills will enable young people to either create their own employment or work for someone else.

The initiative kicked off in Feb 2015 and today 51 young men and 45 young women have signed up for either the Introduction to Computing for Rural Communities or the Tailoring workshops.

The initiative has been well received in the community and there are calls for us to provide a variety of skills and scale the operation.

We spoke to some of the participants to try and understand why they attend the workshops and here is what they had to say;

Annabel, is a 25 year old and dropped out of school after she completed her O’levels. She is married with 2 kids. She hopes that Computer skills will enable her to start a business providing secretarial services and perhaps provide a route back to the education system for further studies.

Arinaitwe Benson, is a 27 year old school teacher at Ruhanga Development School. He hopes that Computer skills will enable him to use the internet confidently as he would like to have an online presence and join in online conversations on social media platforms.

Turyatunga Abraham, is a 25 year old who dropped out of school without O’levels. He left school because he could not afford the fees. He is hopeful that computer skills will help him access work in printing, typing and or data management

Byamukama Isaac, is 15 years and is still at school at Ruhanga Development School. He would like to become an accountant or a Finance officer. He believes that computer skills will give him the edge over potential competitors. He would like to go onto an advanced course in computing and accounting after High School.

Ankunda Sheilais13-year-old girl at Ruhanga Seventh Day Adventist School with a passion for weaving. She hopes to one day own an online shop and sell her baskets globally.

Komujuni Daphine, is 14 years and about to leave Primary School. She is interested in acquiring tailoring skills because as someone from a poor background, she is unlikely to continue in formal education. This is because her parents lack the financial means that would ensure that she goes onto secondary school and beyond. She hopes that, the tailoring skills gained through this initiative would help her start her own business or access work somewhere else.

Daphine’s reasons for being part of the tailoring workshops sum up reasons why initiatives such as this are needed. What hope is there for rural girls such as Daphine whose parents can’t afford to pay for further education?

The community-based centre where the tailoring workshops are delivered is now in need of expansion to meet demand and, as such, we now require a further classroom to ensure the girls such as Daphine have the necessary access to the training and equipment they require.

Please help us scale this initiative by making a donation at: