Seven Reasons To Be Optimistic About Africa 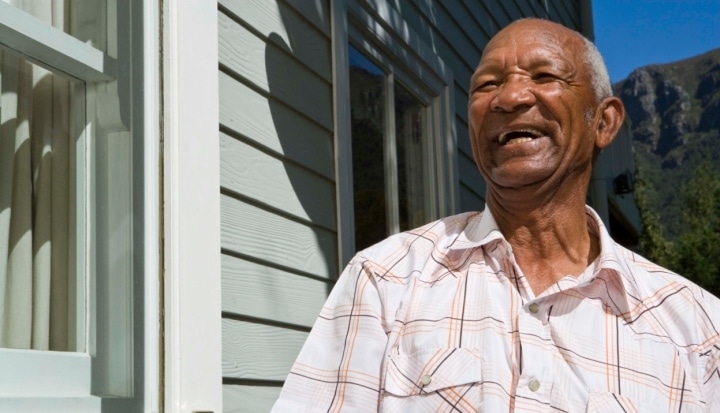 Seven Reasons To Be Optimistic About Africa


This piece originally appeared on the World Economic Forum’s blog. When I meet young Africans who have graduated from overseas universities, I am struck by their excitement for Africa. They have a vision for their countries of origin, and a passion to return to, and invest in, their homelands. This new desire for engagement is a sign of incredible optimism and hope. There are many other signs of hope.

The communication revolution is a boon for Africa. The rise of social media will lead to more transparency and more sophisticated forms of democracy, both in Africa and elsewhere. Citizens now have extremely powerful tools to hold leaders to account and ensure funding is correctly channelled. The communication revolution has spawned a data revolution, and mobile phones will help Africa catch up with other continents in the gathering of data. Africa sorely needs more, and better, data collection. I am confident that new technologies will help level the playing fields and give poorer countries a chance to generate the data they need for better decision-making. In 2001, only 25 million Africans had a mobile phone subscription; today, Africa has over 650 million subscriptions.

2. Africa: the Silicon Valley of banking

According to Carol Realini, California-based mobile banking innovator and executive chairman of Obopay, “Africa is the Silicon Valley of banking. The future of banking is being defined here … It is going to change the world”. Mobile phones spread information about agriculture and healthcare to far-flung areas. The Grameen Foundation is going further and using mobile technology to gather extensive data directly from farmers. The mobile phone is the ultimate data-capturing device. More and better data is sorely needed in Africa to ensure informed policy and investment decisions. For too long, the rural poor have been used as tools in an ideological battle between left and right. The mobile phone has the potential to integrate them into the mainstream economy and into the body politic.

Africa has the opportunity to learn from the developmental mistakes of more established countries. One such mistake was to take a narrow approach to reading on data. Per capita GDP is now considered a blunt instrument for determining if a country is on the right trajectory. The trend is towards a holistic approach (e.g. the Legatum Prosperity Index), whereby individual well-being is as important as raw wealth. According to Legatum, prosperous societies are those that afford their citizens good education, entrepreneurial opportunity, freedom and social integration – among other things. Countries become prosperous by consistently investing in sustainable development over a long period.

This more nuanced approach to prosperity helps explain the concern that Africa’s growth is mainly attributable to the extractive industries. Yes, this constitutes economic growth and development, but how sustainable is it, and can it be considered quality development? How do we ensure that mining wealth leads to prosperity? Short term thinking was one of the sins of colonialism: it takes time to build strong institutions, which can counter the tendency towards centralisation of power. America is rich and powerful because of the early establishment of property rights, a strong judicial system, a sound and fair system of taxation, and representative government reaching down to the village level.

4. The power of individual liberty

In many African countries, there is growing trust in the power of individual liberty. Certain African governments seeking to tap into the entrepreneurial spirit of their young and energetic populations have downsized. Cleaner, leaner governments are driving growth on the continent and helping to boost the private sector. Nigeria is a prime example of this, as is Ghana. I mention examples at the risk of annoying those I leave out, but we must not forget that one of the most sustained and ordered development stories is Europe after the Second World War. When the countries of that continent stopped fighting and channelled their competitive energy into commerce, the results were spectacular. It’s very encouraging when African countries can look to others in the region for examples of economic success and technological innovation. Rwanda has, in 20 years, gone from devastating genocide and war to a progressive, entrepreneurial, tech-savvy dynamo, posting record growth. Countries that get their policy house in order can attract investment from neighbours. Successful African countries pull others along in their wake.

5. Bring back the dignity of the land

Countries that develop institutions, with roots deep in the African soil, will build wealth for their citizens. Agriculture is an important source of income, and too many African countries have to import food. This is a drain on national finances and undermines national confidence. Infrastructure development, incentives and secure property rights could reverse the trend and usher in a food boom on the continent. Farming demands a certain commitment to land and community: the same cannot always be said for mining. Further, agriculture employs 65 percent of Africa’s labour force. Farm yields in Africa are relatively low – productivity gains in agriculture directly benefit the hundreds of millions of Africans who work the soil. Promoting the development of agriculture is the quickest way to build prosperity. We must bring back the dignity of the land. African self-reliance depends on it.

We must enhance the dignity of the teaching profession. School enrolment has improved dramatically in Africa, and this is to be celebrated. But the quality of instruction is of concern. Again, qualitative data will help. Children attending school is not enough, there needs to be the expectation of high standards. Improved data collection will help ascertain areas of weakness in the school system.

If it is true that knowledge equates to power and wealth, then Africa can look forward to an exciting future. No continent stands to gain as much from new technologies, which allow for the exchange of information, as Africa. Soon, every single African will have the world’s entire fund of knowledge in the palm of his or her hand. As a key knowledge resource to African governments, and outside investors, we will play our part by developing systems of knowledge gathering and analysis to help African countries join the world’s most prosperous nations.

This blog was previously published on This Is Africa and is reproduced with permission.