Responsibility Does Not Stop at Company Gates 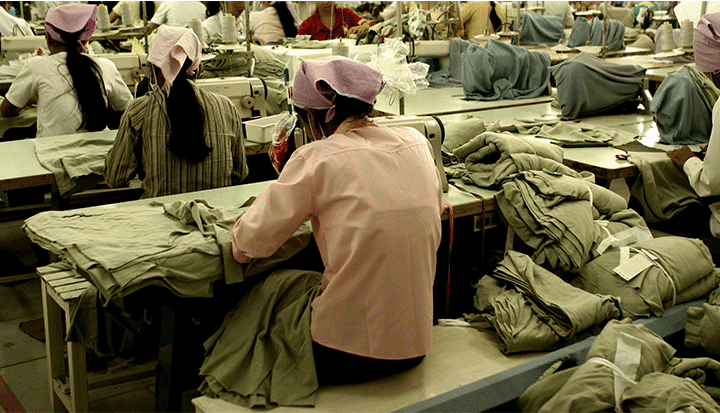 Responsibility Does Not Stop at Company Gates

adelphi has been working with private sector actors on climate change adaptation around the world for more than 5 years now. In our projects, which we conduct for various partners, we often observe advances in the field of adaptation that are surprising to development practitioners. For example, for the Private Sector Adaptation to Climate Change (PSACC) project we currently work together with GIZ on behalf of the German ministry BMZ in four countries of different world regions. In each of the countries, the challenges to private sector actors, and their reactions, are very specific.

One interesting observation, however, applied to several of our private sector partners: a broader understanding of corporate responsibility towards stakeholders, particularly the Bottom of the Pyramid (BoP). Where this was lacking, however, we also noticed profound negative effects of company activities on neighbouring BoP communities.

Climate change impacts are already considered as risks by many companies, even SMEs. Even though these don’t have the resources and capacities to plan long years ahead, many have made decisions that are of relevance or contribute to adaptation. While most companies have stated that they see primarily their national and local governments as key actors in improving community resilience, particularly in developing countries, companies plan and implement actions that go beyond their immediate risk management, and integrate community considerations into their activities. Oftentimes, these companies do not consider their actions as “adaptation” but rather conceive them as immediate and practical reactions to pressing needs or an urgent challenge. However, these interventions do have long-term implications in rendering the communities they affect more resilient to external variables, including climate change.

On the other hand, a badly adapted company can have strong negative impacts on its stakeholders and surrounding community, particularly people living in poverty. This is true both for “maladaptation”, actions that target at adaptation but result in the opposite, as well as passivity, or lack of action.

Two examples shall serve as an illustration of this understanding of corporate responsibility. The first demonstrates a company’s decision to incorporate the concerns of stakeholders not as an added, but rather an integrative aspect of adaptation. The second represents a typical example of how the lack of action by a company negatively affects the surrounding community.[1]

One textile company we worked with in India suffered from the effects of longer and more intensive heat waves than usual for the pre- and post-monsoon periods. Instead of closing down the company for an average of 10 days per year for heat impacts, the number soared to 25 within a 4-year period. Heat impacts included a sketchy electricity supply and blackouts, lower productivity of workers, quality concerns for heat-sensitive textiles, raw material supply and transport problems, and water scarcity. In addition to the days that the company had to close down, however, there was the issue of worker’s health. Particularly during and after heat periods, workers were sick much more often, and leaves of absences were frequent.

Looking into the issue, company managers found that the sanitary conditions in the neighbouring communities deteriorated strongly due to the heat periods. The well water used became stale and water-borne diseases, particularly gastro-intestinal diseases increased. This led to absenteeism and lower productivity, as workers became weaker with each bout of disease. In addition, even if they were not directly affected, the care of children, the weak and elderly resulted in frequent days at work missed. To counter this problem, the company decided to offer – first only during heat periods, later, the year-round – it’s showering quarters to community members. Every morning before the first shift and even when the company is closed on hot days, community members are allowed to use the water for freshening up, washing and cooking – free of charge. As the company has its own deep well, water is clean and fresh. While the company still has to close down during heat periods, its workers’ health has improved, absenteeism is lower and productivity after heat periods is higher.

In East Africa another textile SME we interviewed experienced several severe challenges and financial losses as a consequence from heavy rain events and floods. Heavy rains had become more and more frequent and intense during the last years, often leading to major flooding and landslides. At least 2 to 3 times per year, the company needs to shut-down its production for up to three days because water from the outside drainage system enters and contaminates the water tank used for textile processing. Other impacts include water logging in the company premises, damaged stocks and delays in the supply of raw materials and logistics, as well as low attendance from the workers who couldn’t access the factory.

Another important issue is an increase in the frequency of power outages. In some East African countries, the national grid is not robust enough to face heavy rainfalls and storms. Although the company has planned a backup power facility, the diesel generator used is defective and no electricity is available in cases of power outages. Production has to stop and there is no occupation for the workers. Such production interruptions can lead to important financial losses for the company: less products sold, and sometimes penalties from buyers who can’t be supplied on time. But it also has a direct impact on the income of the workers coming from the surrounding communities. The company was not able to repair the generator yet, as it represents a costly investment. Cumulated breaks result in the loss of revenue streams to its workers and their families. The negative impacts however, can go further – as a key source of income became unreliable, the community members are less able to pay back their long-term investments, and unwilling to enter new financial commitments. These include for example investments into housing and education. Company managers, however, often stuck to their strategy of “getting by”.

In our experience, it is the approach, rather than the specific actions that are decisive for the effects of company adaptation towards their community stakeholders. If company managers have experienced ties with the community and a joint history, either of cooperation or of surviving an external shock, it is much easier for its managers to think beyond company gates, and come to BoP-relevant solutions to climate challenges. Where this experience was lacking, or where an “us-against-them” mentality prevailed on both sides, the impacts of company maladaptation or lack of action were noticeably negative for its stakeholders – but often, in the end, also for the company. In our projects, we therefore seek to incorporate a broader understanding of stakeholdership, and to initiate and support a negotiation process between private sector actors and community stakeholders.

[1] While in both examples, the starting point is a change in climatic conditions, as with most climate phenomena, it is impossible to trace this back to climate change as the cause.