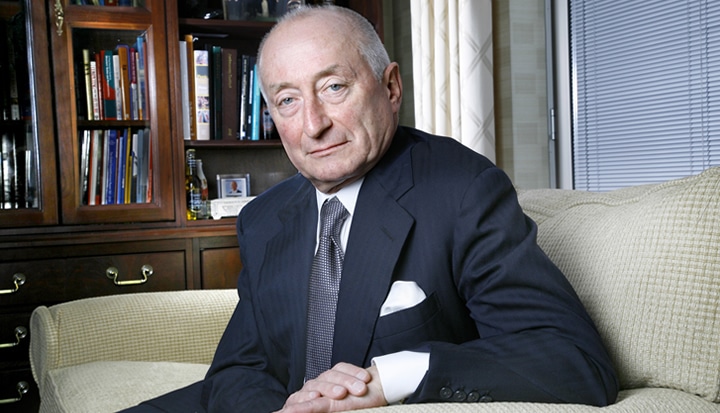 
Graham Mackay, the visionary leader who drove the growth of SABMiller into the world's second biggest brewer and the only African-originated multinational corporation, died yesterday aged 64.

After joining South African Breweries 35 years ago, Graham moved quickly up through the business, ultimately to the position of Executive Chairman of SABMiller plc in July 2012, and non-executive Chairman in April 2013 around the time he was diagnosed with a brain tumour.

For me, what made him an inspiration was his deep-rooted belief in Africa, and in the power of business to do good by doing good business. Writing in the Business Action for Africa 2012 New Africa Report, Graham said:

Under his leadership, SABMiller has pioneered new approaches to locally sourcing their raw materials, creating economic opportunities for 1,000s of farmers in the process. In the video above, Graham talks about the launch of Africa's first ever commercial-scale cassava-based beer. The beer, ‘Impala’, is brewed in Mozambique by SABMiller’s local subsidiary, Cervejas de Moçambique (CDM). Approximately 40,000 tonnes of raw cassava are used annually in the production of Impala, creating new employment for over 1,500 smallholder farmers and their families.

Graham passed away peacefully on 18 December, 2013, in Hampshire and is survived by his wife and six sons. Graham has made a permanent and positive mark on the subject of business and development, and he will be missed.

Please click here if you would like to share your thoughts by contributing to the book of celebration. In the longer term, these memories and messages will be turned into a book of celebration of Graham’s working life to be given to his family.

If you would like to make a donation to charity in Graham's name, his family have suggested the following organisations:

You can read more about Graham's life in the Obituaries in the Finance Times and The Times.