Regional Integration: ‘If You Build It, They Will Come’ 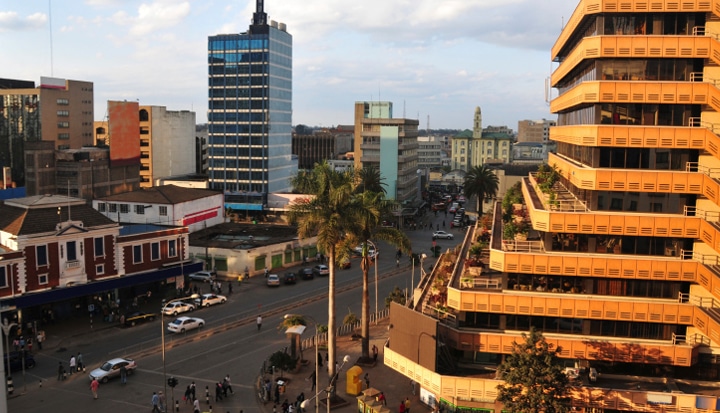 Regional Integration: ‘If You Build It, They Will Come’


Sub-Saharan Africa trades with itself far less than it does with other regions of the world, but intra-regional economic integration could be a way to drive job creation and inclusive growth.

When DHL found that the roads through Northern Nigeria linking the economic and political hubs of Lagos, Abuja and Port Harcourt to the Cameroonian capital of Douala were becoming too treacherous, the company gambled on a more expensive route.

“It was too dangerous for our employees, so we thought it would be better to get the freight off the ground and into the air,” says Charles Brewer, the company’s managing director for sub-Saharan Africa.

The company assigned a Boeing 737 to the route, unsure of whether they would be able to fill the aircraft and justify the cost. “Inside two or three weeks was full,” Brewer says. “It’s been running for three years now.”

The latent demand for cross-border trade across sub-Saharan Africa is huge, but there remain a huge number of physical and regulatory barriers that are slowing economic integration on the continent and restricting business growth.

Intra-African trade composes between 10-12 per cent of the continent’s formal exports. The vast majority of what Africa produces goes overseas, in part because of the configuration of its infrastructure, which tends to link commodity-producing regions to coastal ports.

With a few exceptions, crossing African land borders is a long and laborious process, and trucks often line up for miles in front of customs booths. This, combined with crumbling or non-existent infrastructure links, adds considerably to the expense of moving goods within Africa. There are also invisible barriers: complex visa regulations, opaque customs and reporting rules and a lack of harmonisation, even within regions that aspire to become single markets. Added to this are currency issues—exchange rates in frontier markets can be volatile, and several of the continent’s major currencies are illiquid and non-convertible.

The immediate implications of these barriers are raised living costs for people living in landlocked countries and for small and medium-sized enterprises hoping to export to the rest of the world. Perhaps more significant is the long-term loss of potential. While Africa's global trade relationships have often dominated headlines, the continent's future prosperity depends to a large extent on its ability to overcome the fragmentation of its 54 states and create an integrated internal market.

Other economic regions show considerably more integration. Around 70 per cent of Asia’s trade and 60 per cent of Europe’s are intra-regional.

Small and landlocked countries suffer the most from the continent's lack of economic integration. The SMEs that form the bulk of their private sector may struggle to profitably expand into neighbouring economies, while global investors often cannot justify investing into tiny, isolated markets—even business-friendly reformers, such as Rwanda—unless they are able to access a wider market.

A single African market of more than one billion people may be a very long term prospect, but within the major regional economic groupings, the East African Community, the Economic Community of West African States, the Southern African Development Community and the Common Market for Eastern and Southern Africa, there is a considerable rhetorical focus on bringing down the barriers to integration. Ecowas has a population of more than 300 million; the EAC nearly 150 million. Brewer says things are improving, but not at the pace suggested by the volume of discussions.

“Africa consistently shows up as one of the fastest improving in terms of connectedness,” he says. Globally, emerging markets per se are where the action’s at, from a global connectedness perspective. In Africa a lot’s happening, lots of talk, but perhaps less action.”

There are proposals and projects in place to drive deeper cooperation within the regional economic zones. In Ecowas, the West African Power Pool programme is working to establish a mechanism through which the countries in the region can share energy resources. Several major pieces of road infrastructure, including a link between Nigeria’s commercial capital, Lagos, and the commercial capital of Côte d’Ivoire, Abidjan. In the EAC, a single entry visa for the region now means that visitors to any one of the group’s countries permits access to them all, easing the flow of tourists and businesspeople. Spurred on partly by the discovery of oil in Uganda and Kenya, plans to build new rail, road and pipeline infrastructure within the region have also been tabled.

“It’s very encouraging to see how those countries in particular have taken a simple thing like a common visa for the region—it’s very easy to talk about it, they’ve gone out and done it. When you go into the East African region, when you get a visa in Tanzania, you can use it in all of the countries that are part of the EAC,” Brewer says. “People who have a visa into these countries walk through at the same speed as going into Dubai or Singapore. I use Dubai and Singapore as benchmarks.”

Growing internal trade was a key feature of Asia’s rapid growth, and bringing down borders has huge implications for development. The ability to efficiently move crops across borders can help reduce food insecurity; sharing electricity can bring communities out of energy poverty.

“There has definitely been an improvement, whether that is commitment to building rail networks in East Africa, the tourist visa, the customs borders that we see improving. But there is still a long way to go,” Brewer says. However, he adds, when companies create the links themselves, the hidden demand can be surprisingly large. “When you do it, you create trade,” he says. “If you build it, they will come. That is so true of Africa.”