Quid Pro Bono: Very Nice and the Business of Volunteering 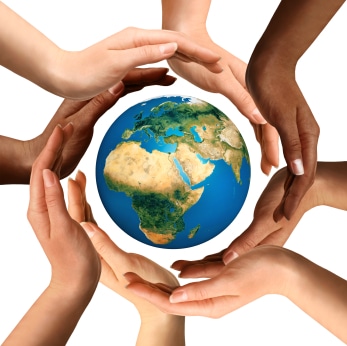 Quid Pro Bono: Very Nice and the Business of Volunteering


All too often, corporate citizenship is an afterthought. Sure, Fortune 500 companies frequently offer employee volunteer programs and matching gifts, and contribute pro bono work on a massive scale. However, incorporating corporate social responsibility as a way of life rather than just treating it as an extracurricular activity is more often the exception rather than the rule. And oftentimes, smaller companies assume they simply can’t make the same impact as the big boys.

At VeryNice, pro bono work isn’t something that employees do off the clock, with or without incentives. Rather, it’s just business as usual. In fact, the company contributes half of its time to pro bono design work for nonprofits. When Manos started the company at the tender age of 19, while still in college, it existed only to provide pro bono design work. While the realities of paying bills in the world caused Manos to rethink his business model, he did not let go of his desire to provide services at no cost.

“Usually corporate philanthropy is a one-shot deal,” says Manos, “like a marathon or what have you.” Manos appreciates the impulse, but wants his company to be all about finding ways to finance its own pro bono projects. Inspired by Toms Shoes’ “One For One” campaign, which provides a pair of shoes to someone in need for every pair purchased by a consumer, Manos set about creating a business model with room to provide services to nonprofits free of charge. Indeed, this is the raison d'être of VeryNice. Everything it does facilitates giving back, rather than giving back being a side project.

Manos is hardly alone with his prioritization of skills based volunteering. Indeed, VeryNice is a pledge company with A Billion + Change, a national campaign to mobilize billions of dollars of pro bono and skills-based services from corporate America by 2013. Launched by the Corporation for National and Community Service in 2008, A Billion + Change has already secured nearly $1.8 billion in corporate pledges and 12 million hours of time and talent to pro bono programs. The campaign’s increasing success highlights how the pro bono movement is sweeping the country, as savvy businesses turn to skills-based volunteering as a way to impact their communities while engaging their employees.

The most common way for businesses to give to the non-profit community is through donations, but the need for volunteering is acute. And Manos knew that skills-based volunteering would be a more helpful organizing principle for his business than “day and done” volunteering, benefiting nonprofits in far more substantial ways and also serving as a more rewarding experience for volunteers. “I read in Harvard Business Review that nonprofits spend $8 billion each year on services,” Manos says, “That was a big shocker and the starting point for figuring out how to alleviate some of those expenses.”

So how does Manos build his business model around giving back? He sums it up in a single word: “volume.”

Armed with his desire to do good, Manos sought out the ultimate in fundraising ideas: a way to make volunteering and service the cornerstone of his business. He eventually came up with an algorithm that showed him the path to realizing his goal. “I figured out that I could give away half of my efforts and still make the same profits as a standard design firm... provided that I was able to get twice as much work.” While this is a challenge, it’s one that VeryNice has been able to rise to thus far.

There are other challenges as well. Employee engagement is a must when so much of a company’s work product is given away. The company collaborates extensively with volunteers to ensure that the services offered are as high-value as possible to both the non-profit and volunteer. “We want to give the same attention to a pro bono project as any other, but you can’t be as assertive with volunteers as you can be with salaried employees,” Manos explains. His solution is to work closely with volunteers in a very hands on way, rather than just delegating assignments and walking away.

No one said that it would be easy, but if anyone is up to the task, it’s Manos. With four regular employees, only two of whom are full time, VeryNice has limited resources to move the needle on causes. But his enormous energy and focus provides a template for how smaller businesses can make a big impact. Indeed, despite his company’s modest size, community service isn’t just a PR tool for Manos, but an imperative business priority. “From my perspective, it’s an obligation to give back using whatever skills you have,” he says.

VeryNice’s small-business success in making a big impact is why A Billion + Change is including Manos in its first campaign event on the west coast, “Envisioning the Future of Corporate Service: A Discussion on Corporate Pro Bono and Skills-based Volunteerism” on Oct. 1, 2012 at the California Endowment. Leaders in policy, academia, industry and civic engagement will gather at this Los Angeles event to showcase how innovative businesses are shaping the future of corporate service to tackle the major challenges of the 21st century.

A list of pledge companies, and information about how to take the A Billion + Change pledge, is available at www.abillionpluschange.org.

Intel: Making The World Better For Every Person on Earth, That’s All

The Bottom Line of Corporate Philanthropy