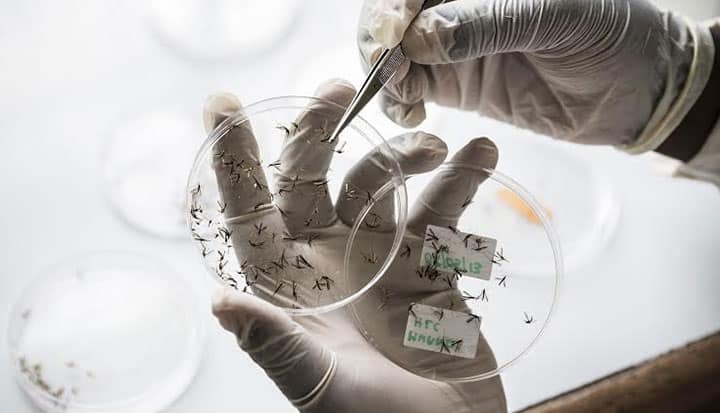 No child should ever die from a mosquito bite.

Yet, today, in an era of extraordinary medical advancement, a child dies of mosquito-borne malaria every two minutes. Last year, this agonizing blood disease caused by the malaria parasite claimed nearly half a million lives—most of them children.

Still, there’s unprecedented cause for optimism. After 15 years of coordinated efforts to fight malaria, we’re seeing progress: Malaria deaths have declined 60 percent since 2000, meaning more than six million lives have been saved. During that same period, an analysis by the Roll Back Malaria initiative shows that 57 countries have reduced malaria cases by 75 percent or more.

While we need to sustain the investments that created these essential gains, we also need to look out for future threats that could expand malaria or undermine treatment. Right now, this means finding a solution to the looming risk of drug resistance.

Millions died when a parasite resistant to two widely used malaria medicines, chloroquine and sulfadoxine-pyrimethamine (SP), spread through South Asia and Africa around the turn of the century. In response, a new class of malaria medicine, called artemisinin combination therapy (ACT), was developed. ACTs have had a significant impact on reducing malaria deaths and improving malaria control—but now resistance to artemisinin and its partner drugs is increasing.

Just as with chloroquine and SP, resistance to artemisinin emerged in Cambodia. Since 2006, this resistance has spread through the Mekong Delta to Thailand, Laos, Vietnam and Myanmar and is now brushing the borders of India.

Building on a foundation laid by the World Health Organisation, the Regional Artemisinin-resistance Initiative has united East Asian governments, international donors, and local organisations to combat artemisinin resistance in the Mekong Delta. Supported by The Global Fund To Fight AIDS, Tuberculosis and Malaria with a $100 million grant, the initiative serves mobile populations and has secured political support from public officials to share data and collaborate across national borders. It provides hope that we can stop the spread of artemisinin resistance.

But the search for new medicines must continue.

Drug development is a resource-heavy undertaking, and it typically takes more than a decade to bring a new medicine to market. Many risks must be mitigated along the way. Still, these barriers shouldn’t stand in the way of a solution to resistance.

Medicines for Malaria Venture (MMV), an innovative virtual research organisation is bringing together scientists from industry and academia to develop the next generation of antimalarials, while expanding the pool of knowledge needed to shepherd compounds through clinical development and seeking to defray costs and lower the risks of investment.

MMV and Novartis have just announced the expansion of a long-standing collaboration, backed by several donors and partners, to develop a new antimalarial compound with a novel mechanism of action that has shown potential in tackling resistance.

With its partners, MMV has brought forward to approval six medicines to date that are currently treating patients. Its pipeline includes nine potential new antimalarials in clinical development that target unmet medical needs, including medicines for children and pregnant women, cures for relapsing malaria, and medicines to block malaria’s spread from one person to another.

There’s no shortage of commitment to fighting malaria. In recognition of recent success, leaders around the world have enshrined the aim of ending malaria epidemics by 2030 as part of the UN’s 2030 Agenda for Sustainable Development.

But this aspiration and the progress to date are all at risk if we can’t address the looming threat of drug resistance. The global fight against malaria has already been an extraordinary global health success story. With foresight and vigilance, it will continue to be.