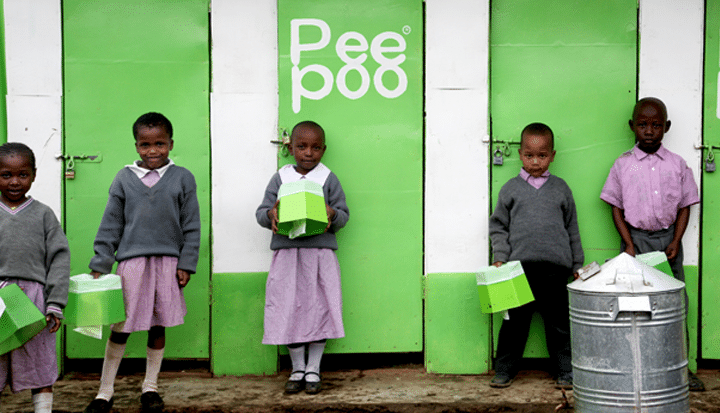 
The markets that need innovative solutions the most, very often are not yet ready for them, which is a difficult barrier to overcome for successful growth of inclusive business models. For the base of the pyramid (BoP) market we often talk about push and pull products. Pull products being things that people immediately desire, such as mobile phones. Push products are things that people do not desire, and in many cases do not know that they need, this is the case for sanitation. (From Blueprint to scale; The Monitor Group; Koh, Karamchandani, Katz, 2012) In many BoP-markets there is not enough knowledge on the link between hygiene and health, meaning that people do not know what consequences are linked to the fact that they lack sanitation.

So when aiming to sell a sanitation solution to the BoP-market, preparing the market is essential to succeed. However, preparing and educating a new market takes time, and cost money. And creating demand requires focused campaigns and target efforts over some years. Hence the preparations stage requires substantial investments and external funds are often needed.

Peepoople launched its inclusive business model for the Peepoo toilet in the Kibera slum, Nairobi, Kenya in 2010, after several field tests during 2008-2009. The aim was to set up a sanitation solution and service in an urban slum, which would be financially self-sustainable on 10 years time.

The major and most obvious achievement since then is that today there is a unique and well functioning sanitation system up and running in a slum settlement, collecting about 5 000 Peepoos per day. The Peepoo sanitation system is providing a clean home toilet for women, children and men; reducing diseases, providing dignity and safety, saving time, making the living environment cleaner and offering job opportunities in the community. But the road has not been bump-free.

In poor settlements, there are a lot of aid projects that have been running for many years and an “NGO mentality” has developed, where support is expected for free. To give credit or anything for free sends the wrong message to the community, and therefore it has been of high importance to position Peepoo as a consumer product from the start.

Special cultures develop in urban slums due to the fact that people live in very challenging environments, situations and in most cases, below the poverty line. For example, there exists a ”live day by day”-mentality and to install long term thinking, with goals and investments, in such settings has proven to be difficult. People generally want to get immediate gratification of work. And people living in urban slums are generally very brand oriented, since it is of outmost importance that they get good value for their hard earned money.

Sales women have from the start of our project been doing the sales of Peepoos in the community. In the beginning, most sales took place door-to-door with the support of marketing activities like flyer distributions, road shows, radio campaigns and soccer tournaments. But in mid 2011 a system of gathering many customers in a Tupperware-like meeting model, so called “community engagement sessions”, was started. Selling Peepoos through these meetings, combining it with information and hygiene training, has proven to be the most efficient way of selling and creating awareness on sanitation and hygiene.

In 2012, sales through kiosks along main roads were started, they do not generate a lot of sales yet, but since they are branded kiosks it is an important part of the marketing and brand building strategy. The increase of use of Peepoos in schools has resulted in an intense child-to-community effect, which has helped boost sales in the community and also proven to be a very efficient promotion channel, nurturing behavioural change amongst the community members.

On a daily basis the collected Peepoos are brought out of Kibera to a storage area, so called sanitation yard, where the Peepoos are stored for the sanitisation period of four weeks. After which, they are sold as fertiliser to farmers in the area. The market of organic fertiliser from human waste is yet a new market where investments on awareness and education need to be taken. Here, demonstration fields with Peepoo fertiliser, validating good results with Peepoo fertiliser, have proven to be the most efficient.

We sometimes forget that for example the microfinance business model was unprofitable for two decades, receiving $20 billion in subsidies before being established and commercial viable (From Blueprint to scale; The Monitor Group; Koh, Karamchandani, Katz, 2012).

So, to conclude; even though inclusive business models in BoP-markets often need more time to become financially sustainable, with targeted marketing the good ones can actually succeed and create a lot of benefit for a lot of people, especially among the ones that needs it the most. Models that include both financial and social returns on investment should be worth investing in.