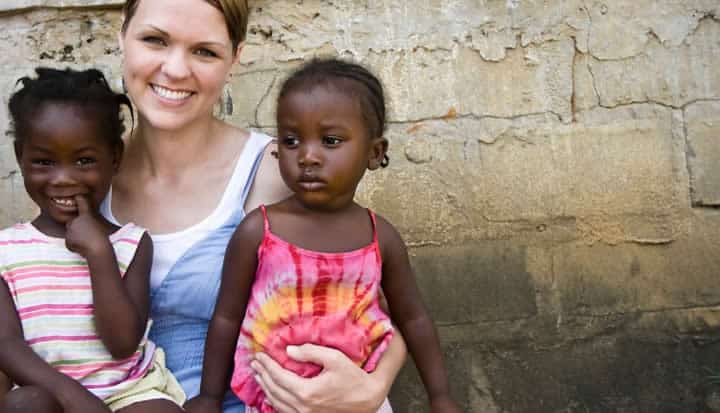 
I recently came across an interesting article problematizing voluntourism and assessing whether it does more harm than good in communities of the global south. It reminded me of my own concerns with voluntourism that originated in my college years in which I had participated in ‘Alternative Spring Breaks.’ It was considered an ‘alternative’ to what most college students did on their vacations: spending idle time by the poolside. The university-organized trips sent students to spend a week in disadvantaged and poverty stricken communities to volunteer. This could take the form of teaching English at the local school, assisting in building and beautifying new homes for residents, or environmental cleanups. Interspersed throughout the week were also touristy getaways and souvenir shopping. Although I had memorable and rewarding moments, I could never shake off the feeling that it was all a bit too self-congratulatory and disingenuous.

Voluntourism almost always involves a group of idealistic and privileged travelers who have vastly different socio-economic statuses vis–? –vis those they serve. They often enter these communities with little or no understanding of the locals’ history, culture, and ways of life. All that is understood is the poverty and the presumed neediness of the community, and for the purposes of volunteering, that seems to be enough. In my own experiences also highlighted by the author of the article, this has led to condescending and superficial relationships that transform the (usually western) volunteer into a benevolent giver and the community members into the ever grateful receivers of charity. It makes for an extremely uncomfortable dynamic in which one begins to wonder if these trips are designed more for the spiritual fulfillment of the volunteer rather than the alleviation of poverty.

I couldn’t help feeling ashamed at the excessive praise and thanks we received from locals and those on the trip alike. I cringed as we took complimentary photos with African children whose names we didn’t know. We couldn’t even take full credit for building the houses because most of the work had already been done by community members. In fact if anything, we slowed down the process with our inexperience and clumsiness. And how many schools in the West would allow amateur college students to run their English classes for a day? What had I really done besides inflate my own ego and spruce up my resume? I had stormed into the lives of people I knew nothing about, I barely engaged with them on a genuine level, and worst of all, I then claimed that I had done something invaluable for them all in a matter of 5 days (of which most of the time was spent at hotel rooms, restaurants, and airports).

An entire industry has sprouted out of voluntourism as it increases in popularity, possibly equal to the increase in global inequality. As the gap between rich and poor widens, so to it seems, does the need for those of the global north to assuage the guilt of their privilege (paradoxically, guilt only seems to deepen as many realize the illusory effect of their impact), or to simply look good. The developing world has become a playground for the redemption of privileged souls looking to atone for global injustices by escaping the vacuity of modernity and globalization.

But does this address the root institutional and structural causes of the problem? I do not mean to deny, across the board, the importance of the work voluntourists do. Volunteers in developing countries do fund and deliver great programs that would not happen otherwise but the sustainability and the effectiveness of the approach is what I question. Time and energy would be better spent building real solidarity between disparate societies based on mutual respect and understanding. Instead of focusing on surface symptoms of poverty, volunteers and the organizations that recruit them should focus on the causes that often stem from an unjust global economic order. Why not advocate and campaign for IMF and World Bank reforms? How about having volunteers advocate for their home country to change aggressive foreign and agricultural policies (such as subsidy programs)? This might seem unrealistic but the idea is to get volunteers to understand their own (direct or indirect) role in global poverty. The idea is to get volunteers truly invested in ending poverty, and not simply to feel better about themselves.

This blog was originally published on Africa on the Blog, as is reproduced with permission.

Ossob is from Somalia and was born and partly raised in Doha, Qatar as well as Virginia, USA. She is a recent graduate with an international politics degree. Ossob hopes to one day see a thriving, independent and self-loving Somalia and Africa.