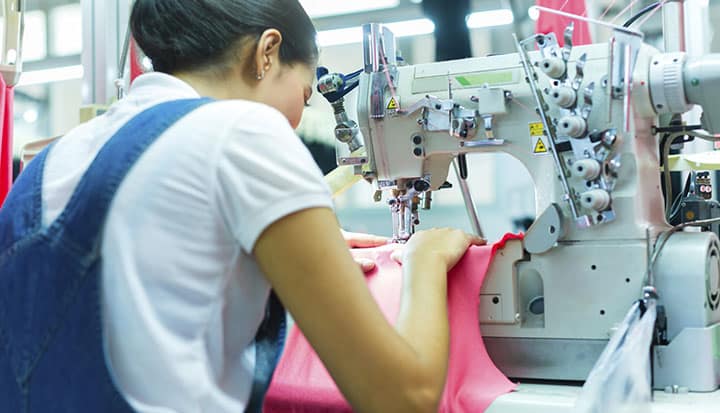 In 1938 President Franklin Delano Roosevelt effectively ended child labour in the United States by prohibiting its use in interstate commerce. He couldn’t outlaw the use of child labour in production because working age laws are determined at the state level. So he solved the problem in a realm he did control: trade.

In 2016 President Obama emulated Roosevelt’s action by signing into law the Trade Facilitation and Trade Enforcement Act (..., which introduces new powers to exclude from the United States slavery tainted goods such as seafood, cocoa and electronics.

The TFTEA effectively closes a loophole in US trade rules. The Tariff Act of 1930 bars the import of goods made by convict, forced or indentured labour, but it exempts goods for which US demand outstrips domestic production. The TFTEA removes that exemption and extends Roosevelt’s proven domestic trade measure into the realm of international trade.

The International Labour Organization estimates that there are at least 21 million people in forced labour across the world. Sometimes, such as in the production of seafood in Southeast Asia, the enslavement of workers is the result of naked and extreme violence, physical coercion, and brute force.

In other places the violence is subtler. Those who are enslaved are generally from marginalized groups such as Dalits and Adavasi in South Asia, migrants in the US, Europe and Southeast Asia, and children everywhere. These are groups who, for reasons of prejudice, corruption and incompetence, governments and public officials have failed to protect. That failure has allowed slavery and exploitation to flourish with impunity.

When I attended the International Labour Conference in 2014, in which a new international protocol on forced labour was adopted, one phrase in particular caused umbrage to the representatives of the countries with the most entrenched slavery problems: “levelling the playing field.” The phrase implied that some countries and businesses derive a competitive advantage from their exploitation of forced labour. The upset was not a result of this suggestion being untrue. It was a result of this truth being recognized.

It was that same argument that finally compelled the UK government to introduce a transparency in supply chain clause to its Modern Slavery Act of 2015. Unfortunately the Act does not criminalize the knowing use of forced labour, and unlike President Obama’s law it does not empower the UK government to exclude from UK markets goods whose manufacture is tainted by slavery. The UK, which portrays itself as a world leader in the struggle against slavery, should be working to ensure that the European Union introduces similar measures.

The significance of the US measure is that it brings consequences to the governments of the countries that have tolerated, or worse, facilitated, slavery as a foundational element in their business and industrial policy. Denying access to a lucrative market for these goods must give pause to those who have hitherto been glibly enriching themselves through the enslavement of others.

Of course President Obama’s law is not a panacea. It is unlikely to have much influence on the enslavement of workers in the production of goods for domestic markets, such as the bonded labourers of India’s brick kilns. And it will have negligible impact on, for example, the systematic and de facto legalized enslavement of migrant South Asian construction and domestic workers in the US allied states of Qatar, United Arab Emirates and Saudi Arabia.

Perhaps, more than all of that, the Trade Facilitation and Trade Enforcement Act is an act of moral leadership. When President Obama was sworn into office he made his oath on Abraham Lincoln’s bible. The full meaning of that symbolic act is perhaps only now coming into focus.

This Act is a repudiation of slavery and child labour internationally, just as Lincoln and Roosevelt repudiated them domestically. Indeed I hope in years to come this measure will be recognized as a milestone as significant in the struggle against slavery as Lincoln’s Emancipation Proclamation of 1863.

This article first appeared on www.themarknews.com and is reproduced with permission.