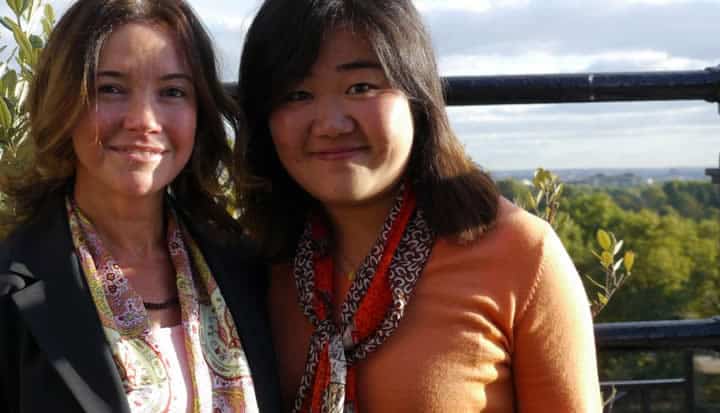 My Experience as a Mentee in Cherie Blair Foundation’s Mentoring Women in Business Programme: Part 2

Click here for more stories about
Education
Wednesday May 8 2013


At the same time I met my mentor, I came across a potential study abroad opportunity in the UK, the “China-UK Arts Management Professional Development Programme” run by the British Council. The programme fit perfectly with the type of work I was doing. Until then, I had never been abroad. If selected, I would be able to study in Britain for nearly two months, an opportunity and experience which I would treasure enormously. I set out to apply.

April 2012: Preparing for my interview with the British Council, I was swimming in a torrential downpour of work and travel requirements. My heart was convulsive and very chaotic. I wrote a long email to my mentor, repeating several times, “What if I can’t do this…what if I can’t make this happen?” She responded to me saying only, "I will call you tomorrow”. The next day, the call came at the pre-arranged time. I still remember seeing her on the computer screen, a pair of firm but gentle eyes looking at me. She said, "YangYang, let's focus on how to make things happen. What can we do to prevent these, ‘what ifs’ to make you feel like this is something you can – as opposed to can’t – do?” She almost never directly told me what to do. Instead, she would pose questions, many of them inspiring and thought-provoking. Under the guidance of her questions, I began to think about the next steps: how I could do better, how to more comprehensively prepare. The day of my interview, she sent me a text message: "Good luck to you, I am waiting for you in the UK". With her blessing, I started the interview process.

In May I received a letter, a formal notification that I was selected to go to the UK. I could hardly believe it. In three months, I would be sitting with my mentor, talking directly to her face to face. I would always say to her, what an “amazing and mysterious force this is”, but she would respond that all of this was the result of my efforts.

In early September, my trip abroad began. That first week was spent in London, where I began my preparatory course of studies. It was also in that first week that I met my mentor. We decided to meet in Trafalgar Square after my class ended. Waiting for her to arrive, I felt my heart quicken. Suddenly, a woman appeared from across the corner, smiling as she walked toward me. I recognized her immediately. It was hard to be believed that nearly five months ago we were complete strangers to each other. Because of the Cherie Blair Foundation programme, these two people became not only mentor and mentee but now also friends. And now here we were, standing across from each other, face to face – a scene so incredibly surreal that even a novelist would find hard to put in to words.

Many weeks later after I completed the full course of my fellowship, I was back at Heathrow Airport. While waiting in the terminal I received a call from my mentor. She was refreshingly energetic and considerate as ever. “Have a safe trip, let me know when you’ve landed. Make sure you get some rest, and then get started on the next part of your plan. But do not worry or feel rushed, we’ll take it step-by-step and move forward that way”, she said. After we hung up, I turned off the phone and glanced around at the airport. I look at the first place I laid eyes one when I first arrived in this country and remember all the apprehension and anticipation I first felt. I turn, smiling, and step on to the plane that would carry me home.

This is the second of a three-part blog series, written by YangYang Tao from China, a mentee in the Cherie Blair Foundation for Women’s Mentoring Women in Business Programme. The programme connects highly skilled professional with women business owners around the world over an online platform powered by Google. Part 3 will be published at 2pm (UK time) on Friday 10 May.