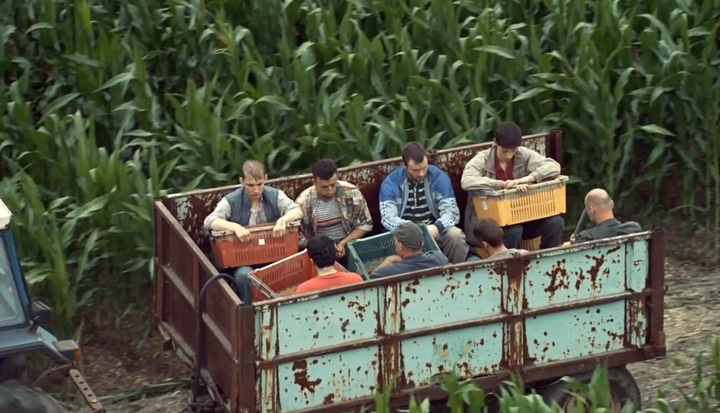 
We can celebrate the UK Government’s recent announcement that it will include a reporting requirement for businesses in the Modern Slavery Bill. This has the potential to make a significant difference.

Following the establishment of the Joint Committee led by Frank Field in January 2013, the draft Bill was published in December 2013. The Government made a clear and public commitment to be a leader in the fight against modern slavery with a flagship bill that was the first of its kind in Europe. The Joint Committee gathered a great deal of evidence – including from business leaders, NGOs, experts and other stakeholders – and published the Frank Field Report on how the Bill could help to eliminate slavery.

There was considerable disappointment, therefore, when the Bill’s first draft made no mention of any obligations or requirements on business. The Government’s initial position was that voluntary mechanisms would be effective and that it did not want to burden business. But this position was challenged by those at the forefront of responsible business in the UK – investors, retailers, brands and suppliers – as well as a large number of NGOs and trade unions.

ETI, with our extensive engagement with business, trade unions and NGOs, knows very well the value of voluntary codes. Our Base Code of labour practice is widely adopted and used to tackle forced labour and other workers’ rights issues in international supply chains. However we also know the limitations of such codes, including leaving efforts to the willing, rather than ensuring that all businesses are actively tackling abuse of workers.

ETI is at our best when we draw from our tri-partite membership to understand an issue and advocate for change on the basis of business working together with unions and NGOs. Over the past six months, we hosted a process of dialogue around the need for the Bill to include provisions that would galvanise action and ensure a level playing field across the private sector. We hosted an all-day event on modern slavery, to enable our ETI members and key stakeholders to better understand the issues. We then developed a joint position statement, which became the basis of our engagement with Government.

Over the past few months, ETI has worked closely with the British Retail Consortium (BRC), the Home Office and the Department for Business, Innovation and Skills (BIS). The Home Office hosted a series of meetings with UK industry to discuss ways to tackle modern slavery; ETI and many of our company members were at that table, actively contributing to the conversation. In partnership with the BRC, we wrote a joint letter to Prime Minister David Cameron, supporting the Bill and as a clear call to ensure that businesses can play their full part in tackling modern slavery. We have also engaged with the Foreign Office on the National Action Plan on Business and Human Rights, to help shape the role of government and businesses in tackling modern slavery in supply chains.

In this dialogue process, we have had the opportunity to explain that ethical and responsible businesses that want to eliminate modern slavery in their supply chains need a level playing field. They need all businesses and the public sector to be accountable for managing risks of slavery in their supply chains – not only those that are often the targets of consumer pressure. It is often those businesses and employers further down the supply chain that either turn a blind eye or actively exploit and abuse the most vulnerable workers.

It’s for these reasons that we can celebrate the output of this constructive dialogue this week, and the inclusion of a reporting requirement for businesses in the Modern Slavery Bill. Our call was important, and we were not alone. We are delighted that the UK Government has come to recognise that far from seeing accountability and reporting as a burden, companies that are committed to ethical trade welcome the inclusion of legislation that hold businesses accountable for their actions. It’s a move that reinforces the UK’s claims to be leading in the international efforts to tackle modern slavery. Responsible businesses will know that they are no longer on their own. Trade unions and NGOs can celebrate effective advocacy and collaboration.

Our efforts to facilitate targeted and constructive policy advocacy and engagement were effective. I remain convinced that much can be achieved by dialogue, underpinned by clear goals and leadership. Tripartite dialogue and negotiation is not always easy and can take a long time. But the rewards abound when we find the ‘sweet spot’ – common ground with those whose views might initially appear to be opposed; a mutual understanding that has the potential to make a real difference for workers.

For our part, ETI is very pleased to have been able to play a leading role in facilitating this win-win outcome. However we are also very aware that once the Bill becomes an Act, the hard work of translating these good intentions into practical action and monitoring progress towards eliminating forced labour in all its forms will begin. ETI and our members intend to remain at the forefront of this effort.

Editor's Note: This blog was previously published on Ethical Trading Initiative and is reproduced with permission.
Previous postNext post