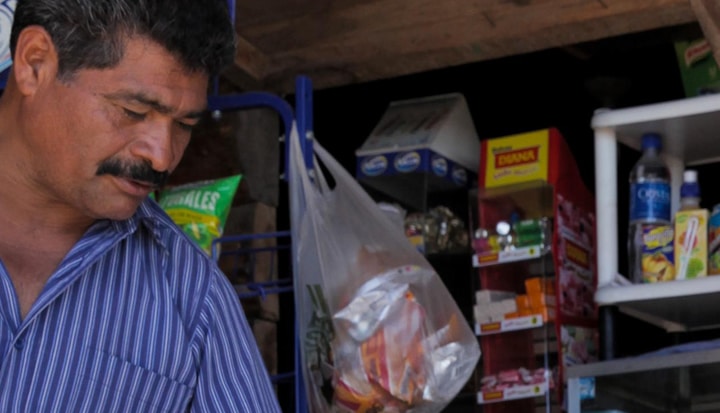 
Politicians and executives alike know the force of change that lies in the hands of small business owners in Colombia. Many of these are micro-business proprietors, often undervalued entrepreneurs who have established business to help ends meet. People in low socio-economic groups frequently opt to create their own small business in Colombia due to a lack of job opportunities or skills. More often than not, this takes the form of a small shop or ‘tienda’.

These business people are known as necessity entrepreneurs, contrasted with opportunity entrepreneurs who operate formal and dynamic small businesses that are frequently more innovative and technologically advanced. But they’re no more or less important in the development landscape, and as proprietors so often fall in the lowest socio-economic tiers, their success can diminish poverty, generate jobs and improve the quality of life within communities. Investment in these businesses and the hard-working people who run them can ameliorate the country’s overall value chain, contributing to the progress and sustainable development of Colombia.

Many tenderos do not have the knowledge or business resources required to compete with the growing number of larger mini markets or supermarkets.

Bavaria S.A. is a subsidiary of SABMiller plc, one of the largest breweries in South America and the major beer producer in Colombia.

It knows the value of these businesses in the economic and social advancement of developing countries and the challenges that they face, so the company established Bavaria Opportunities in 2009, a programme that provides access to credit to shopkeepers in growth stage across the country,. Bavaria has a unique opportunity to implement microcredit strategies through its existing sales channels and operational strategies that already cover some of the farthest and poorest regions of the country. And in strengthening the small shops in its distribution network, it augments the scope of its market and buys consumer loyalty.

Access to financial services remains a sticking point for many entrepreneurs in Colombia, meaning that many are forced to turn to informal ‘pay day’ loans. The often-extortionate interest rates associated with these products can stifle progress.

Microcredit is a system through which financial institutions provide capital loans to informal, low-income businesses in growth stage. Studies have shown that the unbanked population are often poor, uneducated and reliant on the informal economy which traps them in a cycle of poverty.

Strategic partnership programmes from large corporations such as SABMiller leverage competitive advantage and allows these micro businesses to strengthen their ventures, increase their incomes and improve general quality of life for themselves and their families.

Oportunidades Bavaria offers formal, rapid credit arrangements at low interest rates to people who have not had access to such facilities before. Support is based on purchase inventory, investment in assets and improvement potential, rather than business plans or liquid capital.

It began with a pilot plan in District One of Bucaramanga in August 2009. Results were so promising that a year later the programme expanded to all Bucaramanga and its metropolitan area, Boyacá and Bogota. It is gradually spreading throughout the country, and 2012 reached 7,660 shopkeepers, disbursing US$12m. Interestingly, many of those seeking microfinance arrangements are women, simply because the majority of tenderos are female, but this has an added advantage.

Women have been shown to spend loans in a more constructive manner than men. They tend to invest in household consumption or on their children’s education, progressing social development and are more reliable when it comes to repayment. These loans not only buttress small businesses, they can empower women, elevating their social status and creating greater equality.

Financial inclusion opens up capital resources – enabling business growth – but also kick-starts a personal credit history that can later facilitate access to other credit and finance products, from deposit and savings accounts, mortgages, savings and micro insurance. It serves greater development goals alongside bolstering businesses. It can be an effective mechanism to promote growth and economic stability for both rural and urban populations: the use of financial products has been shown to positively affect individuals and wider economic development.

The Bavaria Opportunities system simultaneously offers personalised business support from credit professionals to guide start-up business owners to success. This support ranges from training and events to access to other Bavaria Foundation programmes, such as the Learning Support scheme, designed for children and grandchildren of shopkeepers. Through programmes such as these, large corporations in South America can improve their business sustainability, grow their markets and have a positive impact on social and economic progress in countries like Colombia.