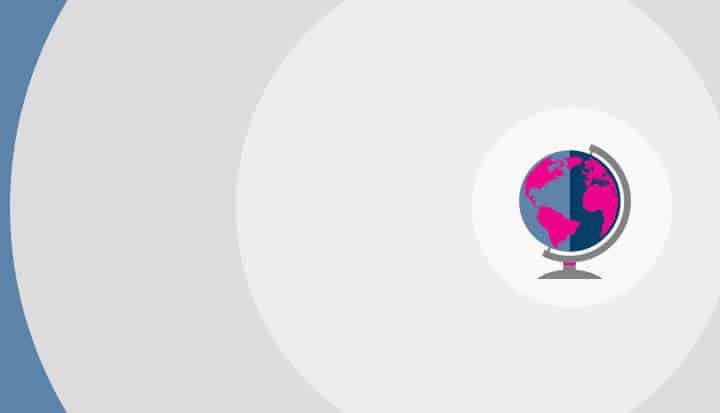 CHALLENGE: How can we mobilise more business action to support refugee livelihoods and long-term resilience?
Friday May 5 2017

Adopted on 25 September 2015, 193 world leaders agreed to 17 Global Goals for Sustainable Development to end poverty, protect the planet, and ensure prosperity for all. If these Goals are completed, it would mean an end to extreme poverty, inequality and climate change by 2030.

Businesses are a key enabler of global sustainable development and more and more businesses recognise that it is in their long-term interest to invest in building safer, more and more sustainable business and societies. Global challenges can also be a driver of innovation and new market opportunities.

The Unilever Global Development Award supported by Business Fights Poverty identifies and recognises those businesses that are demonstrating a positive impact on the Global Goals and addressing global sustainable development.

This year’s shortlisted entries to the Global Development Awards were inspirational. Part of the Business in the Community Responsible Business Awards, the shortlisted companies demonstrated the many ways in which business from around the world are addressing The Goals. Using their core competencies, skills and expertise alongside products and services and in partnership with NGOs it is encouraging to see business embracing The Goals, to help build a fairer society and a more sustainable future. We look forward to announcing the winners at our BITC Awards Gala Dinner on 4 July. 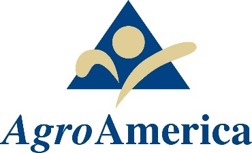 Since becoming the first Guatemalan company to conduct research into a liveable wage for its workers, back in 2011, AgroAmerica have led the field in socially responsible farming. The international agri-food business – which grows and delivers tropical fruits and vegetable oils – promotes development orientated policies to tackle poverty and issues of gender equality.

Central to this commitment is its Living Wage programme, which benefits 11,000 employees including rural areas of the Latin American country. Indirectly, almost a thousand SMEs benefit as do some of its supply chain businesses. AgroAmerica's wage structure is reviewed each year and in the southwest region of Guatemala alone the firm's salaries were shown to exceed the living wage by 27%, with additional support benefits adding a further 30% of an employee’s salary. Fairness is a core philosophy for the company, which has more than 20 internal policies ensuring responsible business across a range of areas. The company has also donated more than half a million bananas to areas where needs are greatest.

Despite significant advances in maternal and new-born health, each year more than five million mothers and infants die due whilst giving birth. ayzh’s $3 Clean Birth Kit was launched in 2010 and today it saves lives across India where the use of clean birth kits has led to a 57% reduction in neonatal mortality.

The product, which comes packaged in a biodegradable bag that can be reused, has been sold more than 300,000 times. The socially conscious company is aiming to pilot the product in refugee and humanitarian crisis areas. Furthermore Ayzh has a workforce of at least 50% women and offers support to working mothers. 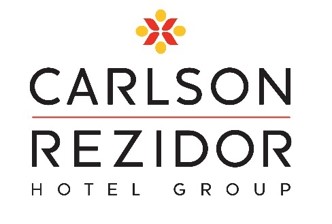 More than 7 million children die each year from diseases that could be prevented with simple hand washing so the Carlson Rezidor Hotel chain came up with a simple solution for communities across Africa, India and the Middle East. Fifty Radisson Blu hotels owned by the group are recycling used soap from hotels into fresh bars and distributing them to local communities where hygiene is a challenge. 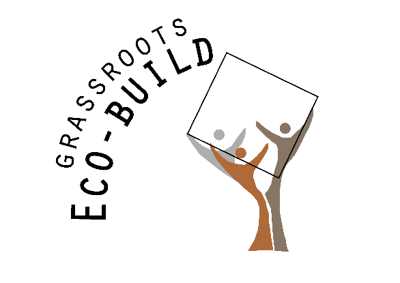 “Skill sharing to benefit many” is an ethos Grassroots strives for whilst focusing on the environmentally sustainable design and construction methods it promotes throughout Malawi. The social enterprise works alongside local communities, training people to design and build robust, well-insulated, long-lasting housing and schools. Its broad aim is to put natural design and construction back into the mainstream, with a focus on social change and empowerment of the 82% rural population in the African country.

Current challenges to this include an increasing population which has a growing need for housing; most building methods use four tons of wood burnt to build one property. The enterprise’s philosophy is that building one school with the community will teach around 60 students and train 40 people in the community about the environment and possibilities of the high qualities of natural building resources whilst encouraging the reduction in levels of deforestation.

Barclays and GSK came together in 2013 to jointly explore new business models that deliver societal value in rural Africa. After testing a number of possible solutions, Barclays and GSK collaborated with Care International UK to set up Live Well, a social enterprise based in Zambia. The social enterprise recruits and trains Community Health Entrepreneurs to promote healthcare awareness and bring health produces to remote and underserved communities. To date, 432 entrepreneurs have been trained, reaching 370,00 0 lives and selling 57,000 health care products. Barclays provide finance and project management expertise, GSK advises on access to healthcare and building a robust supply chain, while Care International bring experience of working with communities living in poverty. Three years since the pilot launched, Live Well is now well placed to be scaled up in Zambia and across the continent. Barclays and GSK continue to work together to test new business models and are proactively sharing what they have learnt to support other organisations thinking about B2B social impact partnerships.

M4Jam’s main goal is simple to define: it wants to be the biggest creator of jobs for youth in South Africa, a country where youth unemployment is close to 60%. For M4Jam – a micro-jobbing platform that connects potential employees to companies through an app – its experience in ‘informal’ markets, coupled with its tech-based platform, will help it to achieve its goal; last September it partnered with Columba Leadership (CL), which has a national network of values based social entrepreneurs. Collectively the two organisations hope to unlock opportunities for young people in underserved communities to participate in supply chains traditionally dominated by large corporations. 5,000 graduates from 130 schools in six provinces have taken part in this burgeoning programme to date.

Mondelez’s cocoa sustainability programme aims to put farmers first and tackle significant challenges in cocoa production in an industry where many workers find themselves in a cycle where they just make enough money, which can result in child labour.

The multinational has made a $400 million investment to 2022. By the end of 2016, Cocoa Life had reached 92,000 farmers in Cote d’Ivoire – the world’s largest cocoa producing country. Meanwhile the company is supporting women as producers by providing them with better access to credit and training. More than 170 Women Extension Volunteers have formed women’s groups in over 200 communities. In total 7,600 members have taken up its Village Savings and Loans scheme in Ghana and Cote d’Ivoire. Alongside programme partners and government authorities, Mondelez is now setting-up a community-based Child Labor and Monitoring System.

R. Twining & Co. is actively promoting a protective environment for adolescent girls in tea gardens in Assam. In partnership with UNICEF and the Assam Branch of the Indian Tea Association, the programme ensures that girls can live healthy and prosperous lives teaching them life skills, so they are now better equipped to protect themselves and their peers from all forms of harm. As the multinational does not own tea estates in the north-eastern India state, it sees clearly the long term benefits in supporting strong and sustainable tea communities in order to guarantee long term supply of its raw materials. Its programme is continually expanding – so far 8,140 girls and young women have been directly reached against an initial target of 5,000. In 2014, Twinings extended the programme from 15 to 63 tea gardens and plans to reach 34,000 individuals by the end of 2017.

The Society for Engineering and Technology in Africa Foundation

The Society for Engineering and Technology in Africa Foundation is a community initiative of the electrical engineering company M-Tron Africa and supports 18 to 35 year olds in Zimbabwe and Uganda with technological and agricultural skills. Their low cost learning hubs, known as TechnoParks inspire engineering solutions for modern day farming.

Over 500 SMEs have been supported in Zimbabwe whilst 65% of graduates plan to pursue engineering as a career. The model proven, M-Tron’s Board plans to roll out TechnoParks across all 10 provinces of Zimbabwe and Uganda.

Sproxil takes an innovative approach to combat counterfeiting through mobile technology. In Africa the stakes are very high: the tech company, which builds trust across supply chains, claims that fake tuberculosis and malaria drugs cause over 700,000 deaths each year. Defender Technology, which was developed to empower consumers, allows service users to find a special security label on the pharmaceutical product, with a panel that, when scratched, reveals a unique, one-time use PIN.

The PIN is texted for free to our secure phone number and the consumer receives an SMS reply stating that the product is genuine, or potentially fake or stolen. Sproxil recently exceeded 50 million consumer engagements since launch. 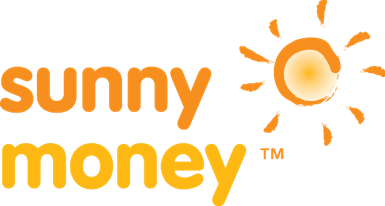 For SunnyMoney, the stakes in solar lighting in rural Africa couldn't be higher: the use of traditional kerosene lamps is a key contributor to indoor air pollution, which kills over 4 million people each year globally - more than malaria and HIV combined. The solar venture, alongside its parent SolarAid, puts impact over profit in a continent where 600 million people still don’t have access to electricity. Last October, the company launched SM100, an affordable solar light. SunnyMoney is driven by its mission to eradicate the kerosene lamp from Africa by 2020. Awareness raising takes place through working with schools, and key community figures. Having lit up the solar market in Tanzania in 2015, and in Kenya in 2016, sustainability has been ensured in these countries as business steps in to fill new demand.

Waterhealth International provide de-centralized, safe and affordable water to communities in India and Africa. Through its water treatment plants the company purifies water through a six-stage process in places where needs are extreme: 85% of customers are below the poverty line.

As part of the Public Private Community partnership, the water plants are maintained and operated by Business Associates, who are recruited from within communities and trained. Women are preferred in these roles owing to the beneficial economic effects for the community. The impact figures speak for themselves: around 86% of the community regularly sourced water from the project; and consumer households are nine times less likely to experience a waterborne disease. 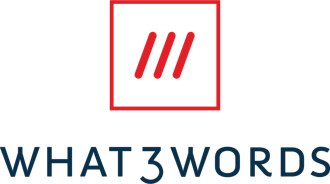 what3words divides the entire planet into a 3m x 3m grid using a three-word address system online and through an app which is available in 14 languages, ensuring that NGOs and development agencies and businesses across the world can benefit from getting to people quicker. By 2050 the world's cities will absorb 3 billion people, many of whom won't have easily identifiable postal addresses, so by better addressing development can reach people in urban or rural locations. what3words is being used by over 350 partner organisations including private companies, NGOs and governments, in more than 170 countries. It is also used directly by hundreds of thousands of individuals through our free app.

Through our 5 National Postal Service partnerships (Ivory Coast, Djitouti, Mongolia, Tonga and St Maarten), approximately 25 million people have been given an address, many for the first time.

This article was first published on the Business in the Community website and is reproduce with permission.