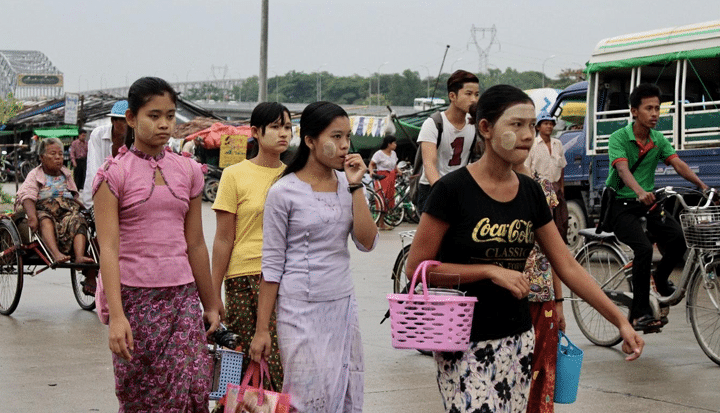 ‘Disclosure’ is a hot topic at present, with the BBC dealing with the fall-out from disclosing the gender pay-gap amongst top presenters, the prime minister of Pakistan resigning following disclosure about his family wealth via the Panama Papers, and debate about executive pay and its impact on employees.

Disclosure is also a key concern for those of us involved in encouraging ethical trade. We welcome the fact that in the last month institutional investors have written to 75 multinational companies requesting they complete a survey providing, for the first time, comparable information about employment conditions for workers in their direct workforce and key supply chains. Between them the investors manage $7.9 trillion of assets, so their potential clout is enormous.

The Workforce Disclosure Initiative (WDI) is being organized by ShareAction, a non-profit organization which promotes responsible investment. The initiative will give investors valuable insights into how a company’s workforce is recruited, contracted, compensated, managed and treated. We need investors to be well-informed about where companies are failing to ensure decent employment conditions. We also need them to understand the root causes of this failing, so that they ask the right questions, know what ‘good’ looks like in the context of systemic issues, and use their influence for good.

Why is Oxfam involved in the Workforce Disclosure Initiative?

When ShareAction asked Oxfam to partner with them it did not take us long to say ‘Yes’. We have been a member of ShareAction for a decade, and we have also learned the valuable role that investors can play when they signed a joint statement in support of our Behind the Brands campaign targeting global food and beverage companies.

Oxfam co-developed the survey questionnaire alongside ShareAction and consultancy Lake Advisory. Key stakeholders including investors, companies, trade unions, NGOs and other experts also fed into the process. Our own involvement has enabled us to bring in a development perspective, including questions on contract status, wages, pay ratios, grievance management and the opportunity to bargain collectively. We test companies’ awareness that minimum wages often leave people below the poverty line by asking whether they engage with suppliers on the issue of a living wage, and if not, why not. We have requested gender-disaggregated data where we see this as vital, since for Oxfam women’s rights are front and centre in all our work. And we will prepare case studies about the experience of workers and employers in Myanmar, Tanzania and Malawi, to bring these to life for investors.

Oxfam has extensive experience of the issues affecting workers in global supply chains, based on advocacy and research such as conducting a ‘gap analysis’ study with Unilever in Vietnam, our poverty footprint study with IPL/Asda in Kenya, and our work in the tea sector coalition MalawiTea2020 (a summary of all these can be found in our briefing paper In work but trapped in poverty).

Experience shows us that the incentives for companies to provide good quality jobs are a lot less compelling than the pressure to maximise shareholder returns. In 1970, 10 per cent of profits in the UK were returned to shareholders. This figure is now between 60-70 per cent. The Bank of England’s Chief Economist warned in 2015 that UK company law was partly to blame for this culture of short-termism and that it was holding back economic growth. By giving over-riding priority to the short-term expectations of shareholders at the expense of other stakeholders, businesses under-invest in things that would be beneficial for us all in the longer-term, including having a workforce employed in the right way to deliver goods and services effectively.

The mantra of ‘people are our greatest asset’ rings increasingly hollow in the age of the gig economy and fragmented supply chains. A recent ITUC global poll found that 73 per cent of people are worried about losing their jobs and 80 per cent believe the minimum wage is not enough to live on. Another ITUC report found that ‘The global supply chains of 50 companies employ only six per cent of people in a direct employment relationship, yet rely on a hidden workforce of 94 per cent.’ This is the perfect economic context for modern slavery to take hold and CSR, compliance audits and certification will not prevent it, according to an Oxford University expert.

This is why Oxfam welcomes the response of the many mainstream investors who have signed up to the WDI and committed to unlock positive change at the companies they invest in.

The WDI builds on investors’ increasing interest in social issues following recent scandals such as the Rana Plaza’s collapse, the exposé on certified Assam tea and shocking cases of modern slavery in Thai seafood and UK agriculture.

Almost all investors expect to contribute to the Sustainable Development Goals (SDGs) according to a ShareAction survey. The WDI squarely supports SDG 8 which calls for decent work for all women and men, measures to eradicate forced and child labour, and steps to protect labour rights. Meanwhile a survey of 71 ETI members found that investor interest as a driver to address modern slavery increased from zero in 2015 to 25 per cent in 2016, as the Modern Slavery Act came into effect.

Will the companies have the appetite and capacity to respond? Companies are more likely to respond to investors than other stakeholders because their influence is so direct. They will also want to know how they compare with peers and keep off the bottom of corporate rankings such as the Corporate Human Rights Benchmark (CHRB) and KnowTheChain (KTC). But, in order to maximize the impact of the initiative investors need to communicate to companies that this really matters to them, and then take action to tackle the issues thrown up by the survey findings.