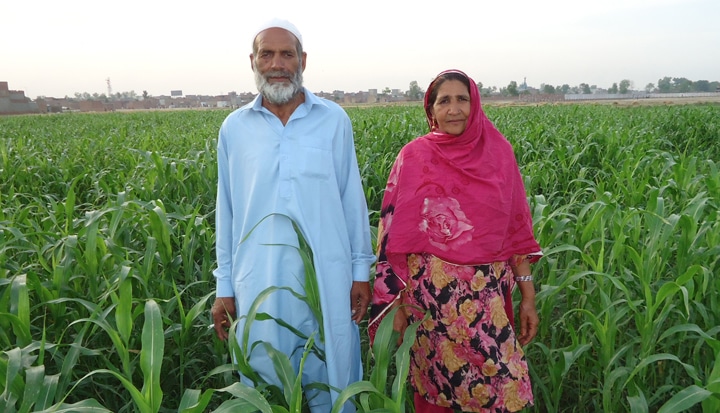 
It may be Christmas right now but it was quite fitting that as the holiest month in the Muslim calendar, Ramadan, drew to a close earlier this year lendwithcare.org celebrated the successful inclusion of our first Islamic Microfinance partner, Akhuwat in Pakistan.

Like ‘traditional’ microfinance, Islamic microfinance is the provision of basic financial services to the poor or those on low incomes. However, what differentiates Islamic microfinance from its more ‘traditional’ form is that these basic services, be it loans, savings or insurance, must conform to Islamic financing principles. More specifically these principles include, financial support for socially productive activities only, no speculation or excessive uncertainty, prohibition of Riba or unjust gains, which includes, but is not limited to, interest and no exploitation by the stronger party against the weaker

And although lendwithcare.org, as part of international development charity CARE International UK, has been supporting microfinance institutions across the developing world since September 2010, our partnership with Akhuwat now lets people in the UK lend their money to an organisation that specifically complies with these principles.

Since April 2013, people in the UK have been lending small sums of money to micro-entrepreneurs in the Punjab region through our peer-to-peer lending website and so far the partnership is proving to be a great success and incredibly popular with the UK public. In fact, in just four months lendwithcare lenders have supported 230 self-starting entrepreneurs in Pakistan to grow or start a small business, providing them with the opportunity to lift themselves, and their families, out of poverty.

Naseem Akhtar is an example of one of the entrepreneurs supported by lendwithcare lenders over the last four months.
Naseem has faced many personal and financial difficulties in her life. Her husband had substance abuse issues and frequently sold valuable domestic household items cheaply in order to finance his addiction. Eventually her husband abandoned the family and has never returned. With help from two daughters Naseem now runs a tailoring business from her home. She earns around 28,000 rupees per month (around £200). However, there are 10 members in her family and Naseem finds it difficult to adequately clothe and feed everyone. She wants to expand her business and requested a loan of 15,000 Rupees (approximately £150) in order to buy an additional sewing machine.

For Naseem, like most of the micro-entrepreneurs supported through lendwithcare, small and reliable sources of credit can create a virtuous cycle of investment and increased income and thereby break the cycle of poverty in which many poor people like Naseem, are trapped.

With 2.5 billion adults, predominantly in developing countries, currently considered ‘financially excluded’ we at CARE are working very hard to create access to basic financial services more readily available. However, in addition to this forced exclusion from the formal financial sector due to social or economic conditions, there is an additional aspect to this exclusion that is not being addressed with perhaps quite the same gusto and this is that many Muslims (estimates vary from one-fifth to half the population) refrain from accessing interest based finance for fear of breaching their religious beliefs. And when we consider 650 million Muslims live on less than $2 a day, it is reasonable to conclude that the unavailability of Islamic microfinance constrains the development of many Muslim owned micro-businesses and therefore the creation of sustainable livelihoods.

In a context like Pakistan, where we have recently started working with Akhuwat, these figures become all the more significant when we consider a third of the population live on less than 30p a day and the majority of the population (95-97%) are Muslim.

Since teaming up with Akhuwat (meaning brotherhood), an organisation in Lahore, to offer Islamic, or Shariah-compliant loans, our lenders have been able to support some of the poorest people in Pakistan with their businesses by providing loans that comply with their religious beliefs. Through our partnership with Akhuwat we are able to target the poorest and most marginalised people living in Pakistan, who traditionally have the most difficulty getting money for their business – especially women. The World Bank recently found that access to finance remains one of the biggest challenges to Pakistani women who want to grow a business, with less than 25 per cent of Pakistan’s businesswomen being microfinance borrowers. Whilst offered on Islamic principles, the loans are not limited to Muslim borrowers and many Christians (a minority group in Pakistan) are also able to take up these loans.

Loans can be given as a gift voucher to a friend or family member, who can choose which entrepreneur they would like to support. The entrepreneur uses the loan to help grow their business, and later pays the lender back. The lender can either withdraw the money and keep it, or lend the same money to another entrepreneur.

This blog was originally posted on the Department for International Development UK website, and is reposted here with permission