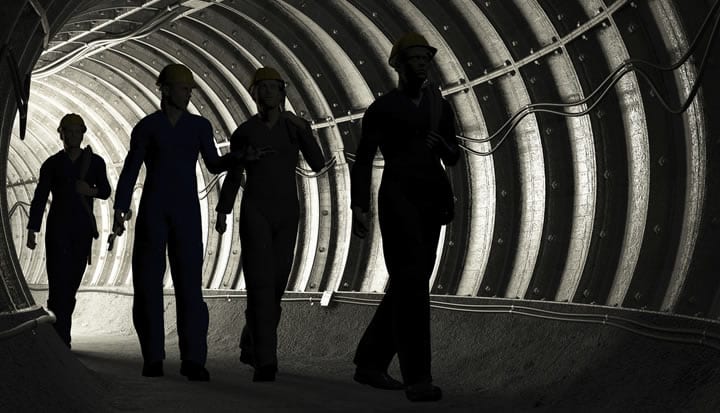 In a world characterised by globalisation, governments increasingly find themselves unable to govern. Corruption is everywhere, natural resources are being exploited, the environment damaged, markets distorted, and the fight against poverty is often ineffective. Certain challenges cannot be addressed by governments alone. Increasingly, collective governance "beyond governments" is seen as part of the solution, with state and non-state actors working together.

In our book “Beyond Governments”, we set out a framework for ‘governance entrepreneurs’ wishing to implement collective governance, involving civil society, companies and governments as key actors. Based on eight years of running possibly the most advanced example of collective governance at international level, we outline the practicalities and pitfalls, and draw out the experience of the EITI – in which 24 of the 48 implementing countries are in Africa - as a case example. Through telling the EITI story, Beyond Governments tells a positive story of how this type of innovative governance can make real achievements. It also cautions against those who see collective governance as a silver bullet to solve development challenges. It provides practical guidance from a practitioner's perspective.

We make the following conclusions:

Collective governance – only when government alone can’t address the issue

To start with, there are two pre-conditions which are often overlooked. Firstly that there is actually a governance challenge that cannot be tackled by governments alone, and secondly, that the issue is fired by conflict. It might seem strange that conflict be the driving force for bringing parties together, but it is the fuel that means that each party has something to gain by coming together and more to lose by not doing so.

Move the consensus from the narrow to the meaningful

Focus on small areas of consensus, build on agreements, allow trust to take root, over time it will lead to ever more important decisions. Think of a peace negotiation rather than a project management mindset. This may sound obvious, but is quite different from a common approach of first agreeing where to go and then figuring out how to get there.

Build organisational and governance capacity alongside the development of the output. This lies at the heart of what we call ‘governance entrepreneurship’ – making progress on the product (in this case production of data about oil, gas and mining) whilst also making progress on governance and capacity building. If diplomats are at the helm, it is likely that early negotiations about governance drag on until others lose patience. If civil society have it their way, consultations and building capacity can become too time consuming for others. If companies rule, there may not be sufficient organisational and governance foundations in place. The trick is to communicate in ways all understand and allow incremental growth and refinement. The book outlines a whole chapter on ‘governing the governance’ – the tricks of the trade that we have picked up over the years keeping the key players around the table.

Leadership is often as much about the heroism of quiet compromise as it is about the moral crusade.

The heroes of the EITI process - and there have been many on all sides - have been those who have kept their eyes on the long term mutual benefits of compromise to find consensus. They have broken out of their limited constituency conventional thinking to try different ways for governments, companies and campaigners, to work. Hollywood characterises heroic leadership as indefatigable, stubborn, uncompromising, moral conviction. In collective governance, it is heroism of quiet compromise.

How to enable collective governance

The book concludes with ten recommendations for governments, for companies, and for civil organisations on how they can enable collective governance and assist in making it happen where appropriate. We also suggest four broad areas to which the collective governance model might be applied: international financial flows, public infrastructure planning, international land acquisitions, and press regulation. These are not areas in which we claim expertise. Neither, however, are we experts on the extractive industries and we hope that we can point at some successes in that area, even if the job has barely started. These collective governance practical skills will continue to inform our involvement in the EITI, and hope that they might be of use elsewhere.

Eddie Rich and Jonas Moberg are the authors of “Beyond Governments: Making Collective Governance Work – Lessons from the Extractive Industries Transparency Initiative”. The book has a foreword by EITI Chair Rt Hon Clare Short and has been endorsed by former president of the Kyrgyz Republic Roza Otunbayeva, BP’s former CEO Lord John Browne, Transparency International’s founding chair Peter Eigen and many more. See here for more information on the book.