Making a Difference in Eye Care 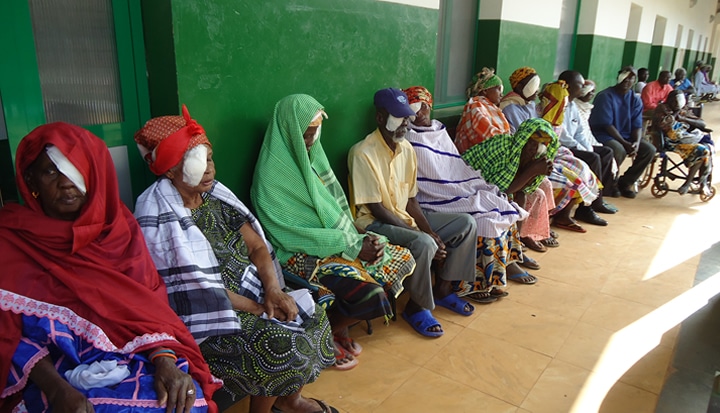 Making a Difference in Eye Care


Around 90% of the world’s visually impaired live in developing countries, according to the World Health Organization[i]. Although eye care professionals frequently dedicate their time to visit developing countries and help the local populations, the effects are not long-lasting as their skills often leave with them. The eXcellence in Ophthalmology Vision Award (XOVA), sponsored by Alcon and Novartis Pharmaceuticals, instead aims to improve eye care worldwide by funding innovative approaches that help healthcare systems adopt sustainable approaches that will have a long-term impact.

This scheme, which begun in 2010, provides funding in the form of a grant to support initiatives that are likely to make a significant impact in addressing unmet needs in eye care worldwide. The aim is to support projects that will have a long-term impact and benefit in the country or region, and that are sustainable and viable in the long-term – they have to be run in the relevant country using local resources after the funding has run out. The projects can be educational, for example training doctors in developing countries, or can involve an innovation in eye health assessment, for example monitoring visual acuity changes through a convenient electronic medium such as the internet.

The impact of previously funded project in eye health is already becoming evident.

One of the first projects to be awarded has established tele-ophthalmology services in Timor Leste, an area in Indonesia where most of the population lives in remote areas and has difficulty accessing eye care services. From the same year, a project has successfully trained five technicians to repair and maintain ophthalmic equipment in Tanzania and Kenya.

An award from 2012 aimed to train teachers to identify ocular defects in children in India. Over 2,500 children have since been diagnosed with ocular defects, and 1,800 have received free glasses.

In 2011, a project set off to establish an ophthalmology center in Guinea-Bissau, one of the poorest countries in the world. Since then, local doctors have been trained in Portugal, the surgery has been equipped, and over 2,000 patients have been examined.

Since it was established, over 431 applications from 60 different countries for the XOVA have been submitted, and 16 different projects have received funding. In 2013 alone, the XOVA attracted 100 applications, five of which were selected by the XOVA committee, which deemed that they addressed needs across the continuum of prevention, management and rehabilitation. The successful projects included initiatives to provide training to pediatric ophthalmologists in Cambodia, to improve conditions for deaf-blind children in Tanzania and to develop a cataract center in Tanzania that will provide reliable and affordable cataract surgery.

The XOVA 2014 will be accepting applications for innovative initiatives in eye care until 30 June 2014 (www.xovaprogram.org). The winners will be announced at an upcoming Congress in the Fall.