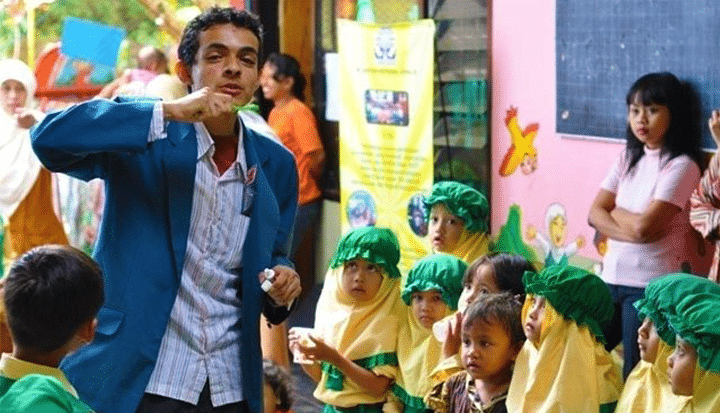 
Access to healthcare in Indonesia is an on-going crisis – with 152,000 children under five years old dying annually, and an average life expectancy approximately 10 years lower than the Organisation for Economic Co-operation and Development average.

With a gross national income of $3563 per capita, and around 28 million people living below the poverty line in Indonesia, the fragility of the health infrastructure is further compounded by extensive poverty.

Confronted by enormous deprivation, the Indonesian government has introduced the world’s largest health insurance scheme, aiming to cover the population of 247 million people by 2019. However despite a commitment to pay premiums on behalf of 96 million of Indonesia's poorest people, there are many concerns about the funding available to sustain the scheme.

The architect of the scheme: Hasbullah Thabrany, Professor of Health Policy at the University of Indonesia in Jakarta, concedes that the system as it stands, is badly underfunded – a key weakness in its potential deployment.

Amid the chaotic emerging health infrastructure, Dr Gamal Albinsaid is providing an innovative solution. Garbage Clinical Insurance (GCI), is a microfinance scheme directed at enabling the most impoverished access desperately needed care. The principle is simple: members of the scheme deposit an agreed quantity of rubbish at an agreed drop off point each week, in exchange for a card that guarantees them free access to a medical clinic, should the need arise.

For the 50% of households clustered around the poverty line with incomes in the region of $16 a month, the promise of health insurance within the next five years seems a distant solution to an immediately pressing problem. Furthermore, premiums which begin at around $2 per person remain to be distant and unattainable.

Currently investment in healthcare averages at 2.1% per household in Indonesia, but ranges between 1.6% and 3.5%. This is in stark contrast to many Western countries: in the US for example, expenditure on healthcare is approximately 20% on average. The average deposit of rubbish collects around $0.60/$0.70 – this constitutes a highly efficient exchange for many households.

By repurposing the waste, GCI undercuts the monthly government waste removal rates of between $1 and $3, and work largely focusses upon the 40-50% of waste that goes to open dump sites.

Albinsaid’s project simultaneously opens access to healthcare and challenges the waste problem that is so frequently a source of infection and disease.

In January 2014 GCI won the Unilever Sustainable Living Young Entrepreneur Award, a competition which attracted over 500 entries from 90 different countries. Dr Albinsaid’s project was awarded a €50,000 prize that increased the project’s turnover fivefold. In addition he received mentoring from the University of Cambridge Programme for Sustainable Leadership.

Dr Albinsaid found the recognition a tool to open partnerships with government bodies. The award galvanized the operation of GCI, enabling the social enterprise to work within the public sector with the support of government agencies and medical facilities. He is now using the resources to make the model sustainable and replicable in other areas.

As a trained doctor, Gamal Albinsaid works on the frontline of healthcare provision in Indonesia, witnessing first-hand the deprivation of many Indonesian people. He represents a new trend in social enterprise, a micro-entrepreneur, tackling a major problem, in a sustainable, local manner.

This article was originally published on the Virgin Unite blog and is reproduced with permission.