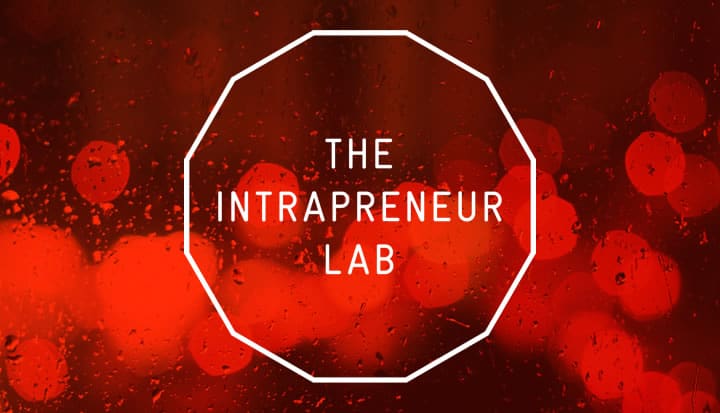 Milan Samani, Founder of Leadership Laboratories and Director of the Intrapreneur Lab

Milan Samani, Founder of Leadership Laboratories and Director of the Intrapreneur Lab


So 2014 was a whirlwind of a year for The Intrapreneur Lab – the accelerator programme for social innovations inside large companies conceived by Leadership Laboratories, Accenture and Business Fight Poverty and now held in business schools across the world.

At the bottom of this post are a few stats around the 4 Labs we’ve done so far and some of the companies we’ve had the privilege of working with this past 12 months.

And for 2015, we have an even bigger year planned with:

...and we’ll be sure to keep you updated.

Now our last Lab of 2014 was in November in Johannesburg – during which we interviewed participants and faculty (including the CEO of Nandos no less…) and put together the 2 min video within this blog.

One of the participants from Barclays says something in the video that resonated…he said, ‘we want to make profit that is purposeful’…(35 seconds into the video)

We’ve learned an enormous amount this past year of running Intrapreneur Labs and will distil some of these into more blog posts throughout the year.

But one that has really resonated with me is this idea of ‘purpose’….

At the Oxford Intrapreneur Lab in October 2014 we did a session entitled ‘12 years & 12 months an Intrapreneur’ where I interviewed Gib Bulloch the founder of Accenture Development Partnerships (both a visionary and the ‘archetypal’ intrapreneur) and Damian Payiatakis, Strategy Director at Barclays Wealth and participant on our pilot Intrapreneur Lab 12 months prior.

My final question to them both was, ‘has being an intrapreneur helped you gain insight around your purpose?’

Gib replied first, saying that whilst it isn't something he talks about openly, he is driven by the firm conviction that his purpose is to bring business expertise to the development world. This wasn’t something he always knew, but over the last 12 years, he’s come to discover it and is deeply dedicated to.

I then turned to Damian, who has been doing some really very impressive work at Barclays as an intrapreneur these past 12 months. He said, ‘I’m not sure yet…but you know…these past 12 months…I think I’m closer to figuring it out’…

IBecause if you’re an intrapreneur you have to be driven by a sense of purpose…because there’s nothing else motivating you. You're not getting paid any extra, you’ll never be able to sell out for millions and trying to be nimble and entrepreneurial within any large company is challenging to say the least…

But here's the thing…if you're an aspiring intrapreneur, whilst you probably won't start out having a clear idea of what your purpose is, but along the way, you might just figure it out.

You’ll discover what really drives you, what you’re really prepared to sacrifice and stand for and (as virtually all of our guest-faculty testify) you’ll be compelled to accomplish things you never thought you were capable of….

…it’s also about developing the next generation of corporate leaders.

Leaders for whom the lines between social innovation and innovation blur (because all innovation should make things better). Leaders w…

…who are driven by purpose, and conviction and the desire to discover fresh ways to make profits. Leaders who, innovate, grow their markets and build companies that we can all look up to.

If you would like to know more or participate in a 2015 Intrapreneur Lab, please visit www.intra-lab.com

The Intrapreneur Lab is a collaboration between Leadership Laboratories, Accenture and Business Fights Poverty.

• Dozens of intrapreneurs driving projects…with success, failure, frustration, death (of the project…), resurrection, pivoting and everything else associated with building meaningful and high- impactful innovations within large companies…

• We helped the next iteration of Novartis’ BOP medicine programme Arogya Parivar establish and scale in Kenya (named ‘Familia Nawiri’) as well as other equally exciting projects that corporate confidentiality sadly prevents us from shouting about….