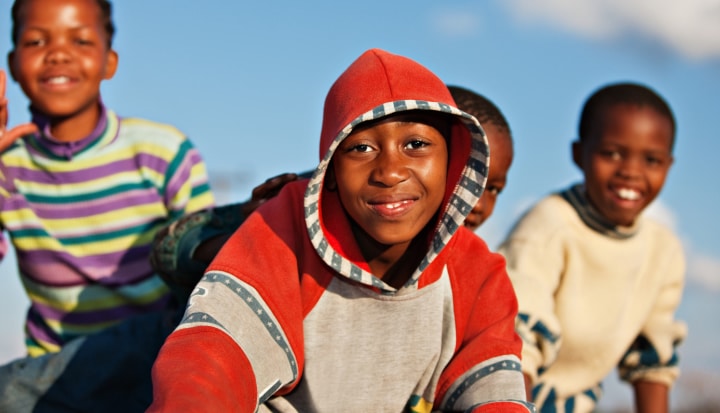 
While Africa’s challenges are well documented, there’s an increasing recognition that the continent is on an upward trajectory. And yet Africa’s wealth disparities are amongst the biggest in the world and over the long run this will undermine economic growth, productivity and the development of markets. Economic growth alone is not enough. As a result business models to include the poor in value chains as producers, employees and consumers, can make a significant contribution towards poverty eradication, education, gender equality, health and the environment.

The TV series “IT’S AFRICA’S TIME” is designed to promote and encourage the adoption of the inclusive business model as a component of corporate growth strategy in Africa, the TV series demonstrates how this approach can make a contribution towards the UN’s Millennium Development Goals (MDGs).

“IT’S AFRICA’S TIME” Episode 1 visits Tanzania to meet Oliper Kadege, a Dar es Salaam teacher who was able to swiftly access finance from Bayport Financial Services and build a few businesses to supplement her income and care for her family.

The core business model of Bayport Financial Services focuses on serving the financial needs of society. The company’s commitment extends further to the “Bayport Change a Life” project, where community support of over 50 million Tanzanian shillings worth of aid is provided to towards orphanages, clean drinking water, text books, rehabilitation of schools and university scholarships

The Clover Mama Afrika project is based on a simple concept: empowering caregivers with viable skills, which they in turn pass on to others, building sustainable communities. “IT’S AFRICA’S TIME” visits Keiskammahoek (EC) and Ashbury (WC) to meet Mama Doris and Mama Selestien, and to see how their training in cooking, baking, sewing, business management and food-gardening, as well as the equipment and infrastructural support they have received from Clover, has enabled them to generate a viable income stream and to impact significantly on the communities in which they live.

Currently the 31 beneficiaries collectively look after thousands of South Africa’s most vulnerable members with food distribution, care and support and counseling. These include children infected or affected by HIV&AIDS and neglected senior citizens

LEAP schools provide promising youth who have limited access to opportunities, with a supportive environment in which to learn, grow and develop into the future leaders and productive citizens of South Africa. The initiative has been supported by the Old Mutual Foundation with an investment of R14.7 million since the start of LEAP 1 in 2004. “IT’S AFRICA’S TIME” visits this remarkable institution to chat to the staff and pupils and establish what makes this model of education special.

We also travel to the South African Wild Coast Transkei to visit the Bulungula Incubator where lemon grass farming has provided local women with entrepreneurial opportunities to vastly improve the lives of their families and communities. The Old Mutual Foundation has provided funding and mentorship to the Bulungula Incubator since 2008 and its 20 women farmers now produce about 25 tons of lemongrass per year.

For more on "IT's AFRICA TIME": http://www.itsafricastime.org/