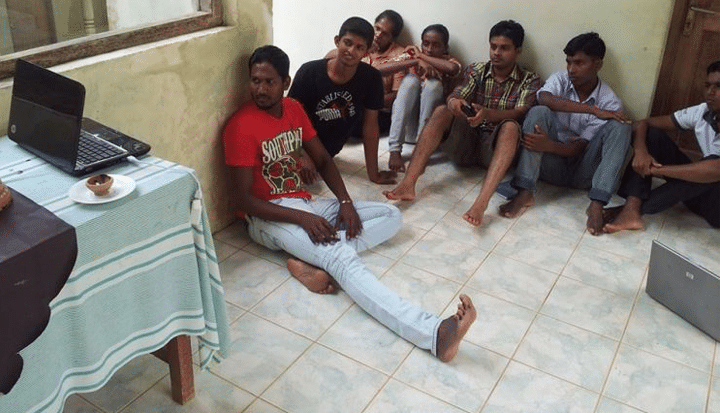 
Three billion unique mobile subscribers? Yes, it is a huge number. To learn that another mobile SIM is activated every passing second around the world is overwhelming. And today mobile technology is the easiest entry point to the internet too. Looking at thisICT uptakewe tend to believe that the digital divide - the gap in access to digital opportunities between the rich and the poor - is a matter of history. The actual picture behind these numbers is rather different.

Mobile is not universal - that is a painful reality in the age of 4th generation technology (4G), apps and smart devices.

Across Africa, the Pacific, the Caribbean and South Asia, the new digital divide experienced at the ‘bottom of the pyramid’ has multiple guises - in terms of signal coverage, technology and policy environments.

A Coverage divide: Mobile communicationrelies on radio waves that are transmitted through transmission towers. Networks of these towers (base stations) enable the voice and data transfer of mobile phones. A variety of factors - such as demand, landscape, politics, community pressure, as well as investment issues - decide the geographical positioning of the towers. In rural Africa the running cost of a tower (40% of which is the fuel bill) often exceeds the potential revenue, according totelecom sources. There is a shortage of about 60,000 towers in Africa to meet the needs and demand of the various populations. In this context one may have a mobile phone with a SIM card (that is counted in those billions), yet this may be almost equivalent to a dead piece of plastic in the absence of a mobile signal.

People climb on trees to access the mobile network, and that is the only way to use mobile phones in some parts of Sierra Leone -Reuters, 2013.

A Technology divide: While telecommunications advances into third generation (3G) and even fourth generation (4G) mobile communication standards, the majority of the population (80% according toGSMA Intelligence) in developing countries is still living with second generation (2G) signal coverage. This limits the capabilities of mobile phones to accessing only voice and text messages. Furthermore, many of the world's poor are using basic 'feature phones' that do not have capabilities such as access to broadband, touchscreens, or high storage capacities. In other words, the poor have to limit their mobile phones to accessing only voice and text messages, while the rest of the world enjoys high-speed broadband, cloud computing and high definition mobile-TV.

Mobile phone is the first entry point to the internet for the majority poor and it falls short compared to PC-based internet access, and the ability to bridge the digital divide: New America Foundation, 2012.

A Policy divide: Does every developing country have a national ICT policy? No! Indeed it is difficult to accept the fact there are nations such as Nauru, and the Solomon Islands, who do not have a national ICT policy. And in some countries such asMyanmar, and Burundi, ICT policies are in draft form but not yet adopted. Even if adopted, how comprehensive are these policies? Most of them are focused on one sector such as eGovernance, whereas agriculture, commerce and currency have not even been considered yet. Without effective national policies how can change happen on a national scale? In this context, in some countries there are no responsible government authorities to address the issues related to ICTs, investments, trading etc, whereas in some others there is no coordination mechanism in place to work between responsible authorities (for instance between ICT and Agriculture).

According to ITU's report titled 'Measuring the information society' (2012), if it is measured in terms of kbits per capita, the digital divide between the developed and developing world has increased to the ratio of 12:1. And this gap has widened over the last decade.

This blog was previously published on eNovation4D and is reproduced with permission.