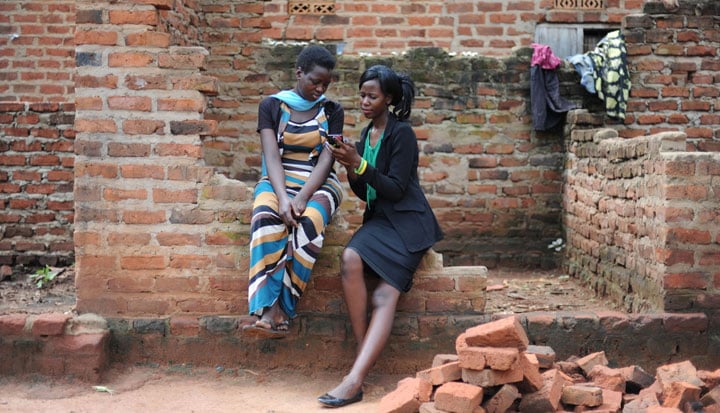 
Beatrice had a busy day. It’s tomato season, which means she had to wake up extra early to go to the garden to harvest some ripe tomatoes. On her way, she made sure to feed the poultry and check on the goats. It’s also market day in her village, so after feeding her children and sending them to school, Beatrice headed to the market to setup her corner stall and start selling her tomatoes. By early afternoon, Beatrice had already sold all of her tomatoes, so she decided to stop by the local grocery shop on her way home. George, the owner, told her he needed extra help next week and asked Beatrice to come work for a few days with him. It was a busy day, but a productive one. Beatrice was able to earn some income from her sales and secure next week’s income.

To better understand the main drivers and influences of the behaviour, income, and activities of young people, The MasterCard Foundation conducted youth livelihoods diaries research. The research report: Invisible Lives: Understanding Youth Livelihoods in Ghana and Uganda documents how rural young people pursue “mixed livelihoods” to generate income, combining temporary and seasonal work in the informal and formal sectors by working for themselves and others, in household agricultural production, and on social and reproductive activities, such as cleaning, cooking, and looking after children.

The research was conducted using a diaries approach, whereby young people met regularly with youth researchers over a yearlong period, enabling a more robust longitudinal understanding of livelihoods, cash flows, and the nature of rural work. 240 young people from rural Ghana and Uganda, aged 18-24, took part in the research, illustrating the varied activities that young people undertake to generate income and create livelihoods.

Here are our top five lessons:

Both young Ghanaians and Ugandans who participated in the research undertake a mix of informal sector employment, self-employment, and agriculture-related activities to sustain their livelihoods.

The young people were nearly all engaged in small-scale agricultural production, were constrained in both the formal and informal marketplace, and ran small enterprises in forms that can be easily started, stopped, and restarted as needed. The most successful young people in both Ghana and Uganda diversified their income and risk by growing multiple crops, raising different kinds of livestock, and pursuing a wide variety of additional activities.

BOTH FORMAL AND INFORMAL WAGE EMPLOYMENT IS RARE AND SPORADIC, OR ELUSIVE

There is a shortage of formal employment opportunities in both Ghana and Uganda, and particularly in rural areas. While the informal sector provided more wage employment opportunities for young people, they were by no means abundant. Those who did have paid informal sector work typically found it doing casual labour or by working in small business.

Entrepreneurship and self-employment remains an important economic activity in both countries. The businesses that young people did engage in were characterized as patchwork, and pursued in reaction to various immediate opportunities. Youth-owned businesses were not capital-intensive, meaning they can be started and stopped relatively easily, and did not require sacrifices in terms of refusing other income-generating activities.

Our research found that mixed livelihoods allow for risk mitigation and maximize young people’s economic opportunities within vulnerable geographic areas. Mixed livelihoods are therefore a logical livelihood choice and may be the most economically viable course of action for many disadvantaged rural young people.

We trust that by utilizing this report and its conclusions, policymakers and development actors can make better-informed decisions on how targeted interventions could improve the lives of millions of Africa’s vulnerable young people. Understanding young people’s daily lives is key to designing realistic, timely and effective interventions.

This article first appeared on The MasterCard Foundation and is reproduced with permission.