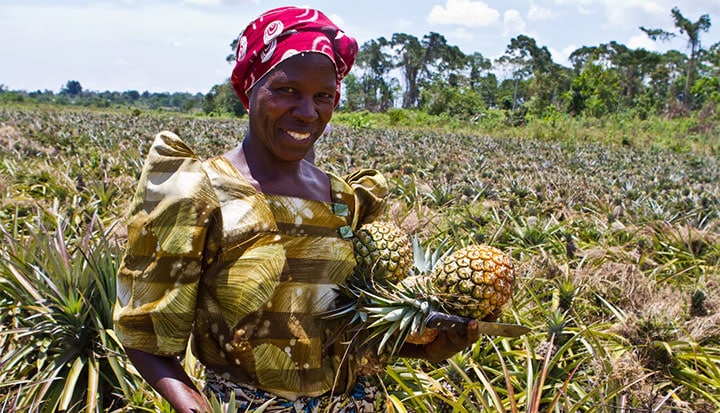 Click here for more stories about
Energy
Monday May 9 2016


Rupert Scofield will be speaking at a dinner hosted by Women Advancing Microfinance UK on Tuesday 10th May in London. He will talk to us about the work FINCA does and the impact it’s having, in particular in the social enterprise and innovation space.

Tickets to the event are available here.

Ahead of the event, we asked Rupert to give us some thoughts about what it is that makes FINCA different, how they have evolved their approach and support for those they work with and their unique approach to fostering social enterprises.

Tell us about the clients FINCA reaches and what it is about your offering that allows you to reach clients other microfinance organisations don’t.

FINCA’s segment is not “the poorest of the poor”, which are now reached by specialised “Ultra Poor” or “Graduation” programmes which provide subsidies not loans, although some of our most successful clients have come from that segment. Most of our clients live on $2 to $4 per day when they take their first FINCA loan and then progressively move up the ladder.

The vast majority have an existing business when they join FINCA, but not all. In Africa, for example, we encourage our village banks to take on one or two younger women who want to start a business but need mentoring and support from the group in order to succeed.

While many other MFIs work in this segment, FINCA is unique in that we have done this now for three decades and on four continents, learning to adapt our methodology to many different cultures. We still deliver the majority of our loans through “village banks”, and although that methodology has been adapted over time, it remains largely the same, depending on local knowledge and a group rather than physical guarantee. When you visit a village bank, you can see that it is a strong, community-based support group where the members help each other weather the adversities that come with living at the base of the economic pyramid.

You developed an initiative called FINCA Plus back in 2012. Can you explain a little about what you hoped to achieve?

We saw an opportunity to become a “holistic” MFI, one that would also provide non-financial services of value to our clients, things that would make them more resistant to the contra temps that threatened to knock them off the ladder out of poverty. We sought instead to develop interventions in new sectors like healthcare, water & sanitation, education, energy, and agriculture. While organisations like BRAC had been doing this for decades, we decided to take a different approach. Rather than becoming experts in these sectors, we would find partners whose products and services would be of high value to our clients, and figure out how to finance and deliver them.

We discovered that there were literally hundreds of social enterprises doing amazing work, and who were eager to partner with FINCA and take advantage of our well-known brand.

Furthermore, there are “incubators” working with social entrepreneurs and helping them to develop their concepts to the point where they are “investible” and scalable. This led to our decision to create the Social Enterprise Collider, a facility that will invest in early stage social enterprises deemed promising but too risky for institutional investors or even most Venture Capitalists. At the same time, we created Brite Life, a distribution company that markets solar energy products, fuel efficient cook stoves, water filters and other products which bring a powerful value proposition to our clients, providing benefits in the health, education, and energy areas.

To hear more from Rupert about FINCA’s unique approach to social enterprise initiatives, please join us for the dinner discussion on Tuesday 10th May 2016. Tickets for the event are available here.

Mr. Scofield co-founded FINCA in 1984 with John Hatch, and has served as its President and CEO since 1994. A practitioner at heart, he is actively involved in the management of FINCA’s operations, and is also a frequent keynote speaker. As author of The Social Entrepreneur’s Handbook: How to Start, Build and Run a Business that Improves the World, Mr. Scofield seeks to inspire the next generation of microfinance leaders and social entrepreneurs.

Prior to FINCA, Mr. Scofield served as the CEO of Rural Development Services, a consulting firm, and country program director of the AFL-CIO’s Labor Program in El Salvador. He earned two Masters of Arts degrees in agricultural economics and public administration from the University of Wisconsin, as well as a Bachelor of Arts from Brown University, and served in the Peace Corps in Guatemala.