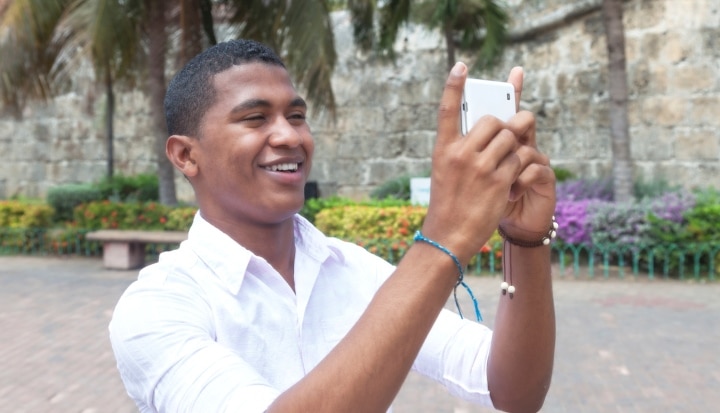 
Despite the usual protestations that their country is not like Kenya, that they are not as dominant as mobile operator Safaricom is in its home market, and that their regulator is not as flexible as the Kenyan one has proven to be, most mobile money providers that I have seen largely follow the early M-PESA model in Kenya.

Of course this depends on how you define the early M-PESA model. I tend to look at it fundamentally as an extensive model: focused on getting lots of customers to do one or two transactions per month, made up largely of higher-value ($15 and upwards) transactions occurring in a remote (i.e. not face-to-face) setting. Safaricom was able to build powerful network effects on this usage pattern: a testament to the size of its customer base, powerful brand, and focused marketing efforts.

The math works if you have low usage per customer but a very large customer base (see my mobile money maths here). It doesn´t work so well if instead of 15 million customers and a mobile telecoms market share of 85% you only have a million or two customers and a third or a quarter of the mobile telecoms market. If that is your lot, you need to go for an intensive model: get a lot more usage from your reduced customer base.

What I find particularly disheartening is to see sub-scale players attempting the early M-PESA extensive model while dispensing with some of the more important lessons from M-PESA. Such as spreading the meager transactional business over too many agents, who are then not sufficiently incentivized to hold adequate liquidity. Or trying to organize the mobile money agent channel around existing airtime distributors, who are used to very different margins. Or promoting abstract notions of “a bank in your pocket” rather than concrete use cases.

M-PESA itself is of course trying to entrench its position by attempting to go intensive. Having largely saturated its customer base, the game has shifted to driving greater usage per customer. One successful approach has been to connect with all major banks, so that banked customers can send money to un- or under-banked people they deal with routinely (maids, drivers, gardeners, carpenters on house calls) and take advantage of the impressive liquidity cloud constituted by M-PESA agents. M-PESA has made banking so much more satisfying.

A second, in my view less successful, approach has been to drive greater formal business usage of M-PESA through services like bill payment and bulk payment. Here M-PESA has been hampered by inflexible systems and clunky user interfaces. See here for a (somewhat dated) list of ways in which M-PESA is just not a satisfying way for more organized businesses to handle their payments. And it will remain so while M-PESA doesn´t publish Application Programming Interfaces (APIs) that allow formal businesses to hard-wire M-PESA transaction flows into their corporate IT systems.

A third major thrust of M-PESA´s intensification effort has been in merchant payments, through its heavily advertised Lipa Na M-PESA service. This has sought to take price out of the in-store payments equation: it´s free for customers and carries an internationally unprecedentedly low 1% fee on the merchant side. Safaricom reported having acquired 122,000 merchants by end of March 2014, and yet only one out of five of them have done as many as one transaction in the last month. This is a remarkably poor outcome in a country where the majority of store customers have in their pocket the capability to pay electronically.

I have stated elsewhere that I don´t see why ordinary people would want to pay electronically at the store if their electronic account is empty. I wish I could share the widespread belief that jumpstarting merchant payments is about throwing lots of electronic money at people (by electronifying G2P and other schemes) or about blanketing the country with even more acquiring points. We need to make informal, unbanked people –the majority of the population— comfortable with the idea of leaving money money in their account. In Kenya, as in other countries where so-called mobile money has taken root, we have been attempting to electronify payments without electronifying money itself. This is the opposite of what happened in developed countries: first people transferred money into bank accounts, and later they were shown how they could pay directly from there with cards and later mobiles.

So how does one intensify usage of mobile money? In my view it´ll take two related efforts. First, recovering the money safekeeping function of the account, and reconstitutign the full value proposition of electronic money as a means of payment and as a store of value. Second, offering services that take account of the full lifecycle of payments, i.e., that play out people´s needs through the time it takes to plan, complete, share and reconcile payments. These two efforts come together in the notion of money management: people (and businesses) will incorporate mobile money into their daily lives only if they feel that it´s a tool that helps them be in control of their money, play out the mental discipline and budgeting games they are used to, and not only make today´s payments but also plan for tomorrows´. It´s a tall order, for sure.