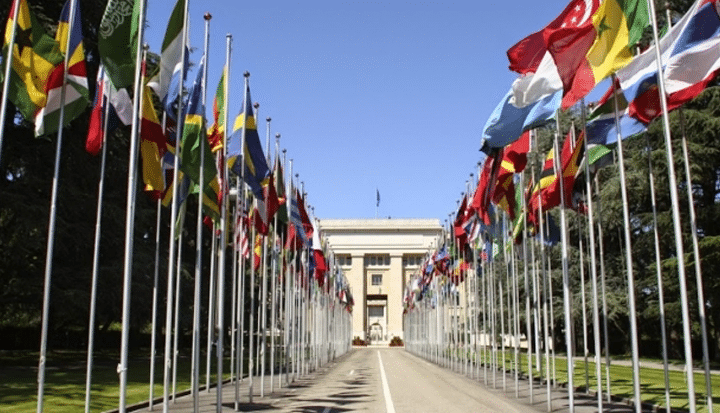 
Trade must be a prominent part of the post-2015 Sustainable Development Goals, given its importance in structural economic transformation. The SDGs could help tackle some of the trade challenges facing African LDCs by moving beyond the agenda of market access. This would imply a focus on addressing behind-the-border measures, such as rules of origin, enforcement of standards and additional, targeted Aid for Trade.

Negotiations for the successor to the Millennium Development Goals (MDGs) – known as the Sustainable Development Goals (SDGs) – are ramping up over the coming months as the end of 2014 draws ever closer. The post-2015 agenda must be established and an agreement on the SDGs reached before the year is out. While trade is more prominent in the current drafts of the new SDGs than it was in the MDGs, the proposed trade targets do not yet provide a framework for tackling the most pressing trade issues, in particular, how countries can insert themselves into global value chains.

We argue that the United Nations must fulfil its leadership role and send a strong message to a global economy that is groping for new ideas, but struggling to effectively translate these into an implementation agenda that will be universally accepted by all.

It is probably fair to say that the global panorama of trade and investment flow has changed dramatically since the MDGs were conceived. Other areas, such as climate change, require immediate action in anticipation and mitigation of potential adverse shifts in the future. In this article, we briefly survey the current integration of trade within the SDGs. In doing so, we highlight some of the apparent tensions and divergent positions, including the extent to which the UN will incorporate the agenda already set by the trade community or set a new pace, instead.

The MDGs spanned eight goals and a number of trade-related , most notably under MDG8 (Table 1). In general, the MDG trade targets reflected the global trade agenda of the time, focusing on the liberalization of market access and border measures. Other trade-related targets , such as access to essential medicines and technology, were included in the remaining MDGs; however the liberalization targets, more than anything else, were considered to be at the heart of the MDG trade component.

One major shortcoming of these targets (and of the MDGs in general) is that they were primarily concerned with static analysis and welfare redistribution, rather than dynamic analysis and structural change. There are also contradictions between the different trade targets, stemming from the fundamental tension between the desire for a universal agenda and the desire to give special treatment to particular groups of countries. In the case of MDG8, for example, it is not possible to address targets ‘b’ and ‘c’ without this conflicting with target ‘a’ (Stevens, 2012).

The notion of a “developing country” has changed over the last two decades. As middle-income countries are phased out of traditional donor relationships and enter into new partnerships, they are also expected to fulfil their share of certain global commitments, commensurate with their economic weight and clout within the global economy. In sum, the landscape of global trade and investment patterns has changed dramatically since the time of the MDGs, and the SDGs must adapt to this new reality.

Recent changes in global trade patterns reflect many influences, including the integration of China into the global trading system, as well as the emergence of newly industrialized countries. On the average, world trade has grown nearly twice as fast as world production in recent decades, which reflects the increasing prominence of international supply chains, or Global Value Chains (GVCs). Most trade is now in intermediate goods: product components move from one production centre to the next, with value being added at each stage. This global process of fragmentation and unbundling has gathered speed as globalization has increased and trade and economic interdependence between countries have become more entrenched.

The result has been a boom in ‘offshoring’ both manufacturing tasks and business functions, as well as outsourcing production to host countries with existing capabilities.

The global trade landscape has been transformed since the time that the MDGs were conceived. However, while emerging economies have effectively managed their growth strategies (of which trade development has been an integral part), the same cannot be said for many other countries. For example, commodity-dependent exporters have not been able to engage with the more dynamic Global Value Chains (GVCs) and have therefore remained stuck in low-end primary production, where their value added share remains short. The basic fact remains: for many LDCs, as well as some Middle Income Countries, there has been no radical change in trade flow – and hence the achievement of structural transformation – during the time that efforts have been made to reach the MDG targets.

This raises questions as to how government policy can help companies better manage their existing participation in GVCs, as well as enter into new ones. All governments are trying to better understand the policy levers at their disposal for improving the relative position of their producers within the existing value chains. But what does this mean for the SDGs? It means that new trade targets will need to go beyond the broad market access considerations of the MDGs in order to be relevant and useful.

Where should we be heading?

There is a potential of harnessing some of the existing momentum of the global trade community. For example, WTO members agreed on a trade agenda that makes great strides in recognizing the changed landscape of global trade and investment patterns. The Bali package, which the WTO accepted at the end of 2013, contains agreements on issues more far-reaching than a mere liberalization agenda, including trade facilitation, rules of origin and the implementation of a service waiver for LDCs. In their own ways, all of these are responses to the changing trade environment and the need to develop the existing instruments if trade is to play a more effective role in assisting the achievement of structural transformation, particularly in the case of LDCs. With regard to translating this agenda into the soft law of the UN and the SDGs, claims could be made as to the importance of the multilateral trading system. However, implementation of the trade facilitation agreement should not be held up by the ongoing hiatus in negotiations at the multilateral level.

The June Zero draft of the SDGs, as reviewed by Keane and Melamed (2014), and more recently, the July outcome document, already include greater emphasis on trade compared to the outcomes of the Open Working Group of May 2014, which is a positive development. In contrast to the trade targets (barely changed since the MDGs) being centred predominantly on Means of Implementation (15), as in the May Working Document, now there are references to trade scattered throughout the June Zero draft document and across a broader range of goals (17 in total). The key messages on trade also seem to have been tightened up. For example, there is now explicit mention of the importance of reaching a conclusion in the DDA negotiations and the importance of a multilateral trading system. The need for transparency and simplicity in RoO applied to imports from poor countries is also clearly stated.

It is difficult to make a direct comparison between the trade-related targets of MDG8 and those of the more recent SDG zero draft documents. The most telling difference is between MDG8 and Proposed Goal 17: Strengthen and enhance the means of implementation and global partnership for sustainable development. The proposed goals, as a whole, give more attention to issues of economic growth and transformation than the MDGs. However, the proposed trade targets do not yet go far enough in fully supporting this aspiration.

This is due to the fact that some of the trade-related targets in the June – and subsequently, July – Zero drafts are clearly not only MDG+, but also WTO+ issues. For example, while issues related to commodities and finance are not currently on the trade agenda, they do figure in the SDG agenda. The WTO system has not been able to address trade and finance issues (just as it has been unable to address trade and climate issues). Clearly, these are areas where UN members are demanding action. How these statements translate into more tangible trade targets will be crucial.

Lastly, the trade goals currently focus only on the multilateral trading system and not at all on the large-scale regional agreements that are poised to change the future of the trading system. This is a worrisome omission.

A number of questions remain regarding the relationship between the SDGs and other processes, such as the extent to which the SDGs should reflect existing agreements (allowing the international community to focus on implementation) or whether the UN should establish an agenda, effectively filling a current void in the framework of international sustainable development.

Hence, ensuring that the work package accepted by the WTO is reflected in the SDGs would promote policy coherence. In this sense, the SDG agenda could be considered as MDG+. Although the SDGs have no institutional force, they do, nevertheless, present an opportunity for UN members to consider what they really want to get out of the trading system. The SDGs could broadly reflect the current trade agenda (as the MDGs did to some extent in 2000), or instead, they could aim to reflect a new agenda and set a new pace.

The main barriers to trade today are in the areas of entering, upgrading and integrating into GVCs, driven by global companies, rather than in the market-access considerations emphasised in the MDGs. If the new agenda is to help resolve these challenges, behind-the-border measures – such as the regulatory environment and rules that apply to production and consumption within countries – need to receive as much attention as market-access considerations and the tariffs that apply at the borders between countries. A new agenda cannot make specific trade rules – that remains the role of the WTO. Lastly, the ability of governments to influence private sector behaviour through negotiation processes deserves further attention.

This article is an adaptation of a longer Briefing Trade and the post-2015 agenda, June 2014, ODI.

Editor's Note: This blog was previously published on International Centre for Trade and Sustainable Development and is reproduced with permission.
Previous postNext post