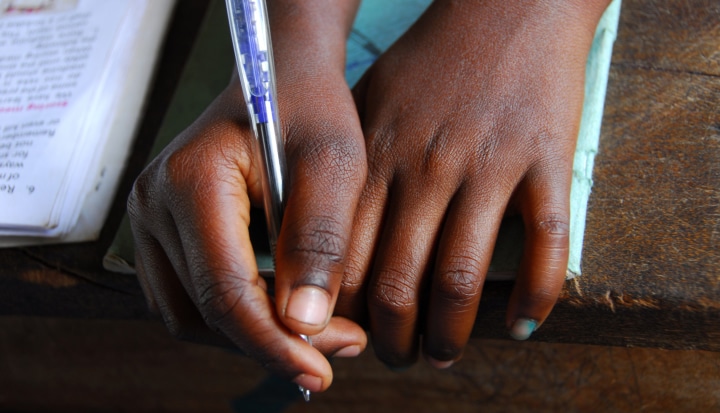 
The achievement gap between rich and poor is a complex and global challenge. Schooling alone is not meeting the needs of the poorest children. Innovative public-private partnerships for education could be part of the solution.

South Africa’s schools face considerable challenges. The national average of 27 percent functional illiteracy masks significant and entrenched wealth and race-linked inequalities in what is effectively a bifurcated education system. A minority of students (around 25 percent) attend decent schools and perform acceptably on international assessments, while the majority (around 75 percent) perform extremely poorly on the same tests. Unpacking that 27 percent national average shows that almost 60 percent of students in the poorest economic quartile are functionally illiterate, compared with just 4 percent of the richest quartile.

Such entrenched inequality is not a challenge faced only by countries in the South. The UK, for instance, demonstrates that some of the most unequal educational outcomes are among Organisation for Economic Co-operation and Development (OECD) countries. Eleven-year-old pupils eligible for free school meals (FSM), an imperfect but revealing indicator of poverty, are almost twice as likely not to achieve basic standards in literacy and numeracy as their peers who do not qualify for FSM. And in 2010, only 21 percent of the poorest economic quintile gained five good GCSEs (England’s national exams for 16-year olds), compared with 75 percent of the richest quintile—an astonishing gap of 54 percentage points.

There is no single solution to a challenge this complex in either South Africa or England. What is clear, though, is that traditional education systems in most societies are failing the poorest children. Indeed research has often shown that children from poorer backgrounds perform worse than their wealthier peers whichever school they are in. In previous articles for the Stanford Social Innovation Review, we have examined innovative approaches to improving learning in India and Uganda using charter-school-style, public-private partnerships. There is no question that schools are and always will be the most important and most impactful place of learning. But they are not the only place. Evidence-based pupil-level interventions, targeted specifically at children from deprived families, are urgently needed.

One promising approach, which has shown impact on learning outcomes as well as potential to scale, is homework clubs and mentored tuition. IkamvaYouth, a nonprofit in South Africa, has quietly and tenaciously built up a ten-year track record of doing just that for students from deprived township communities. Volunteer mentors—university students or graduates—hailing from similarly disadvantaged backgrounds work with students and facilitate “last-mile” access to open-education resources like Khan Academy.

At one of its nine learning centres in Khayelitsha, near Cape Town, a public library houses 160 children who attend four Ikamva sessions each week. Students are not screened for ability, but they must adhere to a minimum 75 percent attendance. The center manager, Zukile Keswa, is a passionate and impressive demonstration of the organisation’s mission to put children’s futures in their own hands. Joining Ikamva at the start of grade 11, Zukile was struggling at school, and his results were poor. Two years later he matriculated top of his class. As he studied for his university degree, he tutored and volunteered at Ikamva and, after graduating, returned to run the centre in Khayelitsha. Ikamva changed the course of his life. Zukile could have followed many of his former classmates into a life of crime and violence. But with Ikamva’s help, he put his future in his own hands and is now proud to be helping the next generation achieve its potential too.

Zukile is not a one-off success story; Ikamva’s results are consistently impressive. In 2012, 94 percent of Ikamva students passed the matric, South Africa’s school-leaver certificate, (compared with a national average of 74 percent and township averages of around 53 percent). Also, 96 percent of its graduates are in tertiary education or employment, meaning that at 4 percent, the proportion of Ikamva graduates who are “not in education, employment, or training” is an order of magnitude better than the national average of 48 percent for 18-24 year olds.

Ikamva’s model is by no means without challenges. The size of the problem is such that systemic change is still someway off. To scale and make a system-level impact, its sustainability will eventually need to be underpinned by non-philanthropic capital. And its matric results may be subject to motivation—or attrition—bias due to the 75 percent attendance rate requirement (it is planning a randomized control trial to analyze the impact more rigorously). But the data is nonetheless encouraging; Ikamva’s after-school model is doing something right, and that something could make a significant contribution to closing the achievement gap in South Africa and elsewhere.

Elsewhere could include England, where a new policy provides exactly the kind of sustainable revenue that organisations like Ikamva need. The Pupil Premium, an extra annual subsidy of £623 (about $1,007) per child, channeled to schools according to number of pupils on free school meals, was introduced in 2011 as a direct mechanism to address the achievement deficit. Typically it is spent on extra teachers, teaching assistants and support workers, educational visits, and residential trips. This new funding stream, which provides about 10 percent on top of the full annual pupil subsidy, should be a driver of increased attainment for poorer children. Yet only one in ten school leaders feel that the Pupil Premium has significantly changed the way that they support children from disadvantaged backgrounds.

Recent research from the Sutton Trust highlights one area where schools may choose to deploy the Pupil Premium in the future. Private tuition, previously reserved for the rich or more privileged, could now be within reach of even the poorest children. The research showed that six to twelve weeks of extra tuition typically generates five months of additional pupil progress. Moreover, and with affordable innovation in mind, undergraduate students can be more effective (and cheaper) tutors than teachers, reflecting Ikamva’s own mentoring model. And Ikamva would agree with the finding that small group tuition can be just as academically effective as one-to-one tuition. Organizations such as Explore Learning—which charges parents in the range of £120 (about $194) a month for membership—are already serving lower-middle income families with their after-school and weekend group tuition services, staffed primarily by university undergraduates. With the Pupil Premium set to increase to £900 (about $1,455) per pupil in 2014, the way could be paved for this market to grow and new entrants to emerge who can make high-quality group tuition accessible to even the poorest children.

This evidence from the Sutton Trust and Ikamva provides an early but compelling example of a model that could help close the achievement gap. It illustrates the power and transferability of solutions that capture the energy and insights of entrepreneurs from across the globe. A South African public-private partnership, similar to the Pupil Premium, could help scale Ikamva’s work to reach many more thousands of children. And closer to home, an English version of Ikamva, underpinned by principles of high aspirations and self-responsibility, could help close the chasm in achievement and give children from poor families a fairer start in life.

Nothing has a greater impact on a child’s learning than an excellent school with excellent teaching. But the urgency to address rising educational inequalities in an era of fiscal austerity requires additional and affordable interventions that target the poorest children. Harnessing success stories, and scaling them within frameworks of innovative public private partnerships, could be one interesting strategy that benefits students across the globe. As class after class of poorer children fail to achieve their full potential, now is the time to look beyond national borders for innovative, affordable, and impactful solutions.

This blog was previously published on SSIR and is reproduced here with permission.

Susannah Hares (@zannatweets) is international director at ARK, a nonprofit operating a network of 27 high-achieving non-selective academies in deprived inner cities in the UK and supporting a network of 21 nonprofit secondary schools in Uganda. She also writes a blog.

Vineet Bewtra (@notesfrompequod) is investment director at Omidyar Network, responsible for education-related investments across Africa and impact investing in Europe. Prior to this he worked for three years at the Children’s Investment Fund Foundation and for 14 years in Europe’s structured and illiquid fixed-income markets.