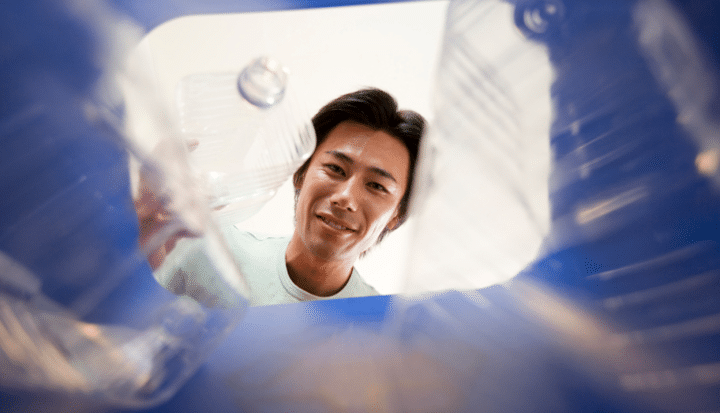 
For a long time, wa

ste management and recycling were primarily discussed in the context of environmental preservation. However with natural resources becoming scarcer and prices of raw materials increasing, it is no surprise that materials and energy recovered from recycling waste are gradually recognised as a valuable commodity, particularly by enterprises. In its Green Economy Report (2011) UNEP clearly states that “the waste recovery and recycling part of the waste treatment chain probably holds the greatest potential in terms of contributions toward moving to a green economy”.

At SEED, this trend has been observed in the increasing number of applications from small, medium and micro enterprises (SMMEs) working in waste management; indeed statistics from the 2014 SEED Awards show that waste management was in the top 5 most prevalent sectors in which applicants operated. What's more, of the 175 SEED Winners recognised between 2005 - 2014, nearly 25% work in waste management.

The value of recycling plastic

In many metropolitan cities in developing countries the amount of plastic waste has grown to 20% of the total amount of the household waste. Together with the increased complexity of many plastics, plastic waste is becoming a major headache for waste management officials. Cities are often littered with plastic waste, which creates visual nuisance, chokes the drainage system causing floods in urban areas after rainfalls and thus causing health problems, such as malaria and other water borne diseases.

Landfills in many developing countries are filling up rapidly and many households, mainly in the poor neighbourhoods of cities, still burn their waste directly, generating toxic fumes from the plastics in the waste. Low plastic waste recovery rates on land, in turn aggravates the problem of plastic marine pollution. According to the European Commission as much as 10 million tonnes of litter, mostly plastic, end up in the world's seas and oceans, broken into microplastic, the so-called ‘plastic soup’.

In addition to environmental degradation, failing to recycle plastic also affects resources conservation as much energy and processed raw material is lost instead of being recycled into new products. For instance by recycling the plastic ‘PET’, up to 80% energy can be saved, that would typically be used when making new plastic bottles.

And yet, there is good reason to be optimistic as a large amount of the plastics is already being reprocessed in developing countries, and the rate of recycling is growing. One of the main drivers are informal small enterprises or individuals that collect, sort and recycle plastic waste.

Recognising the role and value of informal waste pickers

According to International Labour Organisations (2013) the informal economy in developing countries comprises half to three-quarters of all non-agricultural employment. While circumstances of the informal sector can vary per country and per sector, they generally share common characteristics, such as poor employment conditions, lack of protection, insecure income, long hours / overtime, unsafe working conditions and the absence of any social benefits such as pensions, sick pay and health insurance.

It is estimated that up to 2% of the urban population in low- and middle-income countries work in the informal waste sector, primarily collecting and sorting waste materials. While this would seem a very low percentage, it involves millions of waste pickers worldwide. Indeed, millions of poor households without employment or income have identified informal waste collection as one of the most accessible economic opportunity for survival.

A study carried out by WASTE in April 2014, shows that the informal sector can have an invaluable role in adding value to waste, in this instance for used PET bottles. Firstly waste pickers are an important workforce with specific knowledge of sorting, collecting and baling of the waste into raw materials suitable for the recycling industry.

Furthermore the collection of waste is often the bottle neck of plastic recycling value chains in developing countries and waste pickers can offer a solution to boost recycling rates. In certain cases, it is reported that the informal sector actually recovers much larger amounts than the formal sector.

In addition, waste pickers can provide solutions to local social and environmental challenges, such as those described previously, and in turn contribute to public health and safety and environmental sustainability.

Despite the growing recognition of the informal waste pickers’ contribution to the economy, there is still a clear lack of data available that captures the extent to which waste pickers contribute to economic, social and environmental benefits because they are not part of the formal value chains.

The same study from WASTE shows that a common prerequisite for successful plastic waste management is the existence of a legal framework that backs up the collection system and the implementation of a levy/fee to set up a fund that will finance the collection system with the necessary infrastructure, awareness campaigns and training of waste pickers. For example in Ecuador a special legislation was developed to implement a deposit fee of 0.02 US$ on every PET bottle with the goal to decrease the pollution, promote collection and improve the livelihoods of the waste pickers.

Secondly, it is crucial for waste pickers to get organised into groups, cooperatives or other collective entities. For instance 2010 SEED Winner ‘Reclaiming Livelihoods – Mooi River Waste Reclai

ming’ in South Africa, shows how membership-based organisations play a vital role in helping local or even national authorities understand the vital role of waste pickers and in encouraging them to design more progressive policies. In partnership with an NGO and a government department they formalise the workforce of waste pickers and in addition to creating job opportunities, they provide shelter, protective clothes and technical equipment. As a result, the landfill sites are better managed by the constant presence of workers who are ‘managers’ of the site. This leads to fewer toxic materials being deposited on site, fewer fires, less water pollution, and finally increased recycling rates.

Colombia appears to be a front runner as regards organising waste pickers and defining legislation that integrates waste pickers in formal waste systems. By working directly with waste pickers, (recycling) companies can achieve higher recycling rates and have a guaranteed supply of raw materials. For waste pickers, this means higher and more stable income, access to safety measures and health insurance. 2014 SEED Winner Diseclar: Ecological design and production, based in Colombia, is a good example. They make furniture, decks and pergolas from recycled plastic and agro-industrial waste, based on an innovative method developed by the enterprise itself. Diseclar works directly with the waste pickers and recyclers, 45% of which are single mothers who work to support their families, and provides them with waste management training at collection centre. Through community talks they also aim to raise awareness about recycling at home. So far they have generated 10 direct jobs in the enterprise and 300 indirect jobs for waste pickers and recyclers.

Clearly the waste management sector offers valuable pathways to a green economy as it has the potential to generate multiple benefits. However to achieve triple bottom line – social, environmental and economic – impacts and for the sector to develop to its full potential, it is essential to create inclusive and green value chains. This requires better understanding at the policy level of the role played by the informal waste pickers, which can be gained by capturing their entire contribution from employment and job creation, to fostering the production of goods and services, to addressing social and environmental challenges.

Secondly, it calls for more inclusive and effective regulatory frameworks, economic incentives, institutional services and tools to stimulate the integration of informal waste pickers’ activities into the formal value chains so as to provide decent work circumstances and establish more efficient processes.

To foster more awareness and provide support to the plastic waste management sector, SEED and WASTE are looking for partners to introduce a dedicated SEED Award in 2016 for eco-enterprises that work in plastic waste recycling. For more information on how to contribute please contact [email protected]

Does your enterprise operate in waste management, or does it solve other pressing social and environmental issues? Apply until 31 March 2015 for the 2015 SEED Awards!

Editor's Note: This blog was previously published on SEED and is reproduced with permission.
Previous postNext post