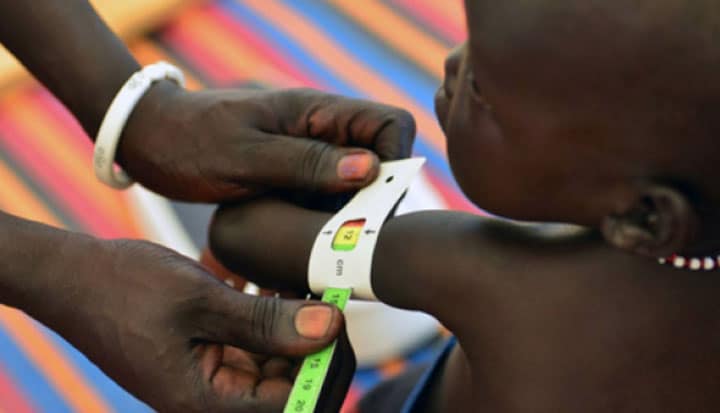 
Image: How can wearable technologies become relevant for the BoP context? Check UNICEF’s Wearable for Good Challenge for some inspiration.

In this second post of our blog series on Inclusive Innovation we focus on the challenges that lie in the adaptation of global (technological) innovations to specific markets and users in emerging economies. In the coming months BoP Innovation Center will share insights on their inclusive innovation journey via blog posts on their experience in developing innovation in BoP markets.

Gasifiers are clean and energy efficient cookstoves based on the principle of partial combustion of biomass. In which country do you think this technology has shown more business potential so far, Mozambique or Vietnam?

While the benefits could be of equal interest for households in both countries, the penetration rate of gasifiers appears to be much higher in Vietnam. The reasons are manifold: in Vietnam manufacturing costs are lower, biomass is already abundantly aggregated, and the demand creation for gasifiers occurs at a faster pace as a result of many companies selling different brands of gasifiers and the many initiatives on awareness raising.

Yet even more important, the usability of gasifiers may be more desirable or fitting with the cooking culture in Vietnam than in Mozambique. In the end, cooking a fast fried noodle dish is a different cooking ritual compared to preparing a slow cooked porridge. So while at a first glance it may seem tempting to do so, the success of certain technologies (such as gasifiers) in one region, cannot just be imitated in the same configuration in other regions.

Technology is an important driver for innovation. Given the exponential growth rate of technological developments it will increasingly influence how we deliver impactful products and services at the base of the pyramid. Last year,McKinsey published a report on disruptive technologies that will generate significant economic impact in the near future. Whereas most have yet only been commercialized in developed countries, the report states that certain technologies could become of equal or even more economic significance in developing countries.

This would allow BoP markets to leapfrog the West, similar to what happened with the introduction of mobile phones in Africa and Asia. The high impact technologies include renewable energy, mobile internet, cloud storage, and to a lesser extent 3D printing and the Internet of Things. These technologies could provide a whole new range of opportunities for inclusives business.

For example, Internet of Things networks like LoRa could allow for all kinds of new persuasive channels for door-to-door sales through micro-entrepreneurs. Imagine rural households having smoke sensors that send data to the entrepreneurs which they can then use to make customers more aware about the indoor air quality, triggering the sales of clean cookstoves.

Technological inventions are not innovations Despite the disruptive power that technologies like the ones described above can hold, the history of international development has shown that only a small number of breakthrough inventions led to transformative impact as innovations. Few examples are the polio vaccine, the new seed varieties launched during the Asian Green Revolution, and more recently, the mobile payment platforms such as M-PESA for people that have no bank account.

According to the Institute for Globally Transformative Technologies (LIGTT) far too many technologies fail to reach any reasonable scale or impact, despite compelling narratives, significant funding, and considerable media hype. One of the reasons could be the limited understanding of the role of technology and the complexity of transferring technology to specific regions.

Within the realm of inclusive business, turning a technological invention into an innovation that is locally rooted requires a bottom-up approach. This means that you strip down the innovation to its core values and then re-adapt it, taking into account specific local challenges in terms of policies, infrastructure, human capital, distribution channels, access to finance and the behavior change that is required. It is therefore crucial to engage with local experts in an early stage: the local governments, industries, the BoP community itself and the people that work with them.

Contextualization at work in Bangladesh
For the PROOFS project we embarked on a mission to pilot novel agri-technologies with smallholder farmers in Bangladesh. We started off with a desk research to scout promising innovations among pioneering firms and institutes around the world. This resulted in a longlist of innovations that were selected based on an estimation of how complex it would be to adapt the innovation to the Bangladeshi context.

One of the innovations that made it to this longlist was a little floating device from India that allows fish farmers to continuously monitor the water quality of their ponds real-time without having to follow extensive training programs on water quality management. At the current costs, the device would not be affordable for Bangladeshi fish farmers. Hence, we invited our field staff to join us in a workshop in Dhaka to adapt this innovation and the other innovations on the longlist to the local context.

Using different creativity methods we reconfigured the innovations until we were confident that we had a value proposition that was relevant and credible for the Bangladeshi farmers as well as the private sector in Bangladesh that we would engage with after the workshop. For example, for the water quality monitoring device we decided to not sell it to farmers directly but to work with local companies that already provide water quality measuring services and products like fish medicines to farmers. They could lease the device to farmers in order to provide immediate technical support from a distance.

Prototyping a potato cold storage solution
Currently we are prototyping a few of the adapted innovations that came out of the PROOFS co-creation workshop, one of which is a potato cold store for smallholder farmers. The need is indisputable: the post-harvest loss of potatoes is up to 25-30% due to poor traditional harvesting techniques, improper packing and transportation, but predominantly due to the lack of capacity for cold storage.

In our workshop we discussed what would be an appropriate scale for the facility, opting for a larger facility than most existing ones in Bangladesh which would allow us to lower the costs per unit and to aggregate sufficient volumes that potato buyers and In Bangladesh smallholder farmers transport and store their potatoes in sacks. A cold storage innovation should be adapted to this.

processors would be interested in. Most of these large facilities are designed for bulk storage.

However, in Bangladesh (and other countries) smallholder potato farmers transport and store their produce in sacks. When stored at a shared cold store, this allows better tracking of the potatoes’ origin. Furthermore, it gives farmers the opportunity to decide themselves when to sell their potatoes based on the development of the market price.

In order to facilitate this, we looked for an appropriate technology. We came across a Dutch company that developed a ventilation system for sack storage which provides a more equal distribution of the conditioned air, resulting in better quality storage. Soon we will be pitching this to our farm business groups in Bangladesh who could become shareholders of the store business. Without a doubt the most important proposition that we will make them is that they do not have to adapt the way how do they business; instead, we adapted the technology to their context.

In the next blog post Nicolas Chevrollier will elaborate on the capabilities that are essential for innovation entrepreneurship at the BoP.

This article first appeared on Inclusive Business Accelerator and is reproduced with permission.