In Defence of Fair Trade 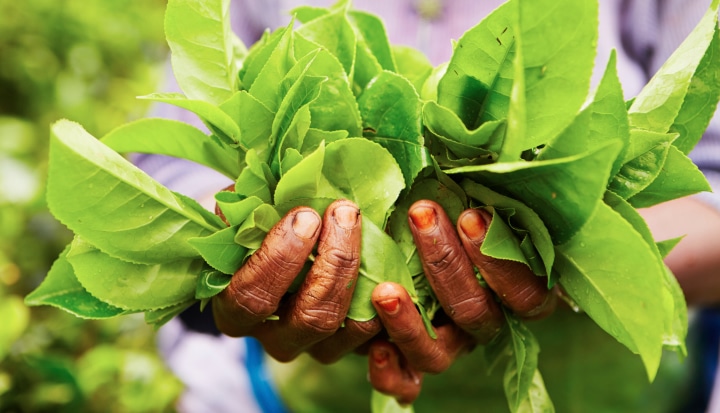 In Defence of Fair Trade

Simon Maxwell, Member of the Board of the Fair Trade Foundation

Simon Maxwell, Member of the Board of the Fair Trade Foundation


The School of African and Asian Studies – SOAS – has just produced a coruscating critique of fair trade. The research report is based on field work among wage workers on coffee and flower farms in Ethiopia and Uganda. It finds ‘unambiguously’ that Fairtrade has made no positive difference to wage workers. It finds that Fairtrade cooperatives are dominated by small numbers of larger farmers, who may benefit most from fair trade arrangements and constitute a class of emerging rural capitalists. And it suggests that the facilities built with the fair trade ‘social premium’, including toilets and health facilities, may not always be available to the poor.

These are serious challenges to a movement which has been astonishingly successful, reaching one and a quarter million farmers and workers in over 70 countries, and contributing over £60m a year in premium to social funds. In the UK, it is supported by more than 550 Fairtrade Towns, more than 1,000 Fairtrade Schools, 170 Fairtrade Universities, and more than 7,000 Fairtrade Faith Groups. It involves 500 companies, 4500 products and sales of £1.5bn per annum.

So, is all this effort for nothing? Is fair trade a castle built on sand? The answer to both questions is ‘No’, and for three reasons.

First, we need to be clear about the research question Chris Cramer and his collaborators set out to answer: not the overall impact of fair trade, not even the impact on all workers around the world, many of whom work on large commercial farms, but rather the impact of fair trade on mainly casualised workers on mainly small farms, in two countries. The researchers interviewed the workers and only a small number of farmers, so we don’t know what share of the total labour on these farms was hired in. It might have been a lot; but it might have been a little.

It is perfectly possible that small farmers did not meet the full panoply of benefits that Fairtrade standards stipulate for larger scale hired labour situations – toilet facilities, free meals, paid holidays and the rest. But it does matter, to my mind, whether workers were doing just a few days, perhaps helping with weeding or harvest, or whether they were close to full time.

Of course, it is not much consolation to a casualised labour force who scramble a livelihood from many short-term jobs, to be told that because they are casualised and in most cases temporary, then labour standards are lower. The standards should be higher. But this is quite a tough nut to crack, as we have seen with agency contracts in Europe or the establishment of the Gangmasters Licensing Authority. And it is on the fair trade agenda, as Harriet Lamb, the Chief Executive of Fair Trade International, has pointed out in the Huffington Post. It is, she says, the next layer of the onion to be unpeeled.

Meanwhile, and this is the second reason for optimism, smallholder producers benefit by virtue of market access, but also because fair trade guarantees a minimum price and thereby protects them from the vagaries of market fluctuations. This is not a trivial benefit, as a quick glance at the price trends of core fair trade commodities will easily demonstrate: coffee, cocoa, tea and sugar are all subject to sometimes violent price swings, as weather shocks interact with other drivers like the price of oil.

Are all these farmers emerging rural capitalists, as Chris Cramer would have us believe? Actually, sadly, many of them are not. It would be better if they were. Instead, many small farmers struggle to compete in terms of technology and productivity. Sometimes, this is because they lack skills or the cash to buy inputs. Sometimes, it is because they are stuck in unfavourable locations – like banana producers high up on a hillside with difficult access to a road. In the most difficult circumstances, fair trade can be no more than a palliative. In others, however, the payment of a fair trade premium can make an important difference to productive potential. It is remarkable that over half the premium paid to farmers, 53% according to the latest figures, is used to invest in business or organisational development related to production or processing. In such cases, fair trade can be the route for small farmers to create successful, competitive, sustainable businesses. That can only be a good thing.

It is no easy task for farmers to sustain their competitive position in global supply chains, not least when the market, the technology and the policy environment are all changing fast. The entry of Vietnam into the coffee market, for example, dramatically changed the export horizon for traditional exporters like Ethiopia. Or, on the policy side, proposed change to the EU sugar regime may disadvantage traditional suppliers in developing countries, in favour of beet producers in Europe. That is one reason - and the third reason to be positive about fair trade - why it is helpful for producers to be organised, in farmer associations or cooperatives. The movement works with nearly 1,200 producer groups worldwide. Farmer groups can monitor markets. They can help access new technology. They can offer economies of scale in buying inputs. They can provide training. In short, they can help small farmers, emerging or otherwise, to manage the risks of engaging in global trade, and seize new opportunities.

Fair trade is not the only instrument needed to tackle poverty, foster rural development and secure prosperity and sustainability on the farms and in the villages of the developing world. Chris Cramer and his colleagues make that point. It is why fair trade organisations need to work harder to build partnerships with those offering agricultural extension, rural credit, market infrastructure – and, yes, programmes targeted at casualised labour. However, Fairtrade’s many supporters, including those in business, can rest assured that their efforts make a worthwhile contribution to the wider cause.

This blog was first published on Simon Maxwell's blog and is reproduced with permission.