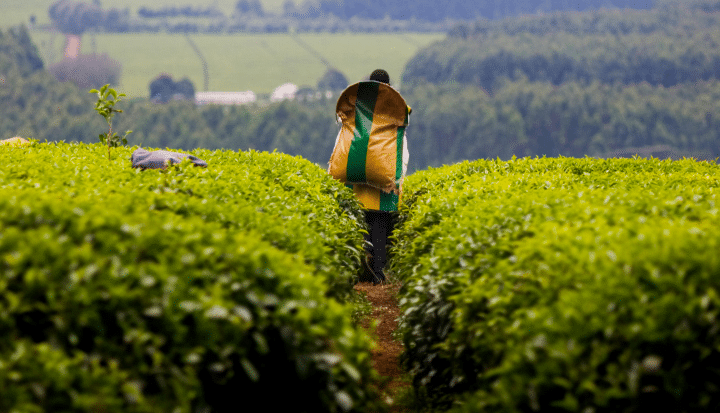 
Sub-Saharan Africa represents 10% of the total global population, yet cereal crop yields are only one-third as high as in developing Asia and one-tenth as high as in the United States. Because of such low agricultural productivity – the lowest in the world, the continent spends roughly US$35 billion a year on food imports.

The consequences of Africa’s low agricultural productivity and low investment in the entire agri-food sector are dramatic. Hunger is still widespread on the continent with five million people dying of it every year and 226 million malnourished children. This spreads a vicious cycle of under-development and poverty in many parts of Africa.

Yet it has been well documented that growth in the agricultural sector can have dramatic impacts on reducing poverty – in fact, at least twice the potential of growth from any other sector on average, according to the World Bank.

African Green Revolution Forum, which just concluded in Addis Ababa, Ethiopia, clearly called for an agricultural revolution on the continent to bridge the yield gap, lift rural communities out of poverty and realize the continent’s economic growth potential through agricultural investments. Central in this new approach are African farmers, most of whom are smallholders and family farmers. They urgently need to become more productive to grow enough and more nutritious food, become reliable suppliers to the broader agri-food chain, increase their incomes, improve the lives of rural communities and create jobs and new economic opportunities for youth. To do so, one of the key actions needed is to provide them with better access to the agricultural inputs they need to boost their production.

This is why a group of eight organizations involved in agriculture, research, development and investment decided to join forces and make a call for action to African leaders to support Smallholders’ Access to Fertilizers in Africa.

So why is improved access to fertilizer so important?

Healthy soils are a crucial part of an African-led Green Revolution that has the potential to dramatically reduce hunger and poverty across the continent. A new report by AGRA, Seeking Fertile Ground for a Green Revolution in Africa, finds that increased access to fertilizers is helping up to 1.8 million farmers revive 3.5 million hectares in Africa. Such efforts need to be scaled up. It is estimated that 75% of sub-Saharan Africa’s soils are degraded and that nutrient losses from agricultural soils in sub-Saharan Africa are worth the equivalent of $4 billion annually. However, farmers’ access to crop nutrients (fertilizers, manure, compost, crop residues) is paramount for maintaining soils fertile and raising agricultural productivity. The impact of fertilizers is immediate: within a single cropping season, farm productivity can be doubled or tripled.

For every one kilogram (kg) of nutrient applied, farmers obtain 5-30 kg of additional product. However, despite the commitment from African heads of state in 2006 to increase the level of use of fertilizer from the average of 8 kg per hectare in 2006 to at least 50 kg per hectare by 2015, Africa still represents only 0.8% of global fertilizer use and the target set in 2006 will only be met by a handful of countries. This campaign, which is proudly supported by the fertilizer industry, coincides with the 2014 International Year of Family Farming and the African Union Year for Agriculture and Food Security. Through a compelling motion graphic video, it highlights in particular six interlinked policy measures that need to be taken to sustainably raise agricultural productivity:

1. Provide access to credit, finance and insurance by retailers and farmers;
2. Facilitate local production and imports of diverse fertilizer products;
3. Invest in infrastructure (transport, handling, storage, and blending facilities);
4. Develop mobile technologies to provide information on markets, extension services and prices;
5. Train extension workers to help farmers organize themselves;
6. Disseminate best practices based on the integration of both organic and mineral nutrients and balanced fertilization, such as the 4R Nutrient Stewardship Framework and Integrated Soil Fertility Management (ISFM).

Morgane is Director of Communications and Public Affairs for the International Fertilizer Industry Association (IFA), based in Paris. She manages the Association’s corporate communications, public affairs and sustainable development initiatives. In addition to this role, Morgane co-chairs the Farming First coalition, which brings together over 130 organizations representing farmers, scientists, NGOs, think tanks, business & industry advocating for greater support to agriculture. Morgane is also vice-chair of the Food and Agriculture Committee of the Business and Industry Advisory Committee (BIAC) to the OECD.