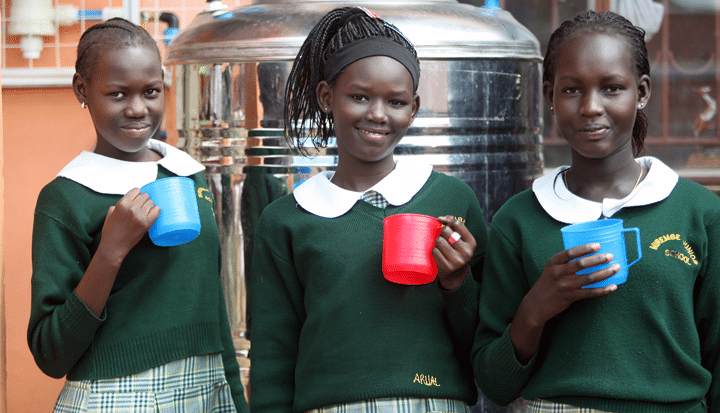 
Access to safe drinking water is a significant problem globally, with over 784 million people worldwide lacking access[1]. Waterborne disease is a leading cause of illness in developing countries, contributing to the death of approximately two million children every year. Sub Saharan Africa is the worst affected region, where 40% of the population is still using contaminated and unsafe water (WHO 2010).

Creating access to safe drinking water is a complex and daunting task. In Uganda, where the bulk of Impact Carbon’s work is based, private and public are concurrently tackling this problem, though barriers within distribution, infrastructure, and consumer purchasing potential limit the impact of safe water systems. Further, larger community level systems, like piped water, can be unsafe for consumption, due to poor maintenance of piped networks, which leads to recontamination, and poor storage of water in homes and institutions.

With this in mind, consumers are typically boiling water, and boiling rates in Uganda are some of the highest in the world, with 71% of urban households boiling water, and 38% of rural households boiling.[2] Institutions, namely schools, are even less likely to boil for their populations, with the cost of boiling 200+ liters of water per day highly prohibitive to even wealthier schools, and medium-large sized schools needing to boil 600-800 liters per day to allow for at least 1 liter per student.

In 2013, Impact Carbon began exploring the potential for a safe water program in Uganda and Rwanda. The program focused on both household and school technologies, and looked a range of options and suppliers, both domestic and foreign. Starting with focus groups, the program began to use direct sales as a way to understand willingness to purchase, and how consumers choose between different technology types and price ranges.

Very early on it became apparent that there was a tremendous demand for water filters from schools. Schools were paying a lot of money to boil a fraction of the water the students needed, and parents were paying money to provide their kids with water to supplement the shortage.[3]. Further, high prices kept these schools from accessing the higher flow rate systems needed to support their populations, with systems costing between $800-$2000 depending on size and flow, a high lump sum price for even wealthier schools. While there were two domestic suppliers in Uganda, they were running smaller businesses focused on the wealthiest clientele, and no credit/loan services existed with banks or MFIs to support the growth of the industry.

Using this knowledge, Impact Carbon developed a financing product for schools, exploring the impact of a school specific plan on willingness to purchase. The initial service was a 1-2 year credit plan inclusive of maintenance, with schools having the option to choose the payment length and the system. A range of systems were offered, tailored to different school sizes and needs, ranging from high flow UV systems, to classroom ceramic filters. Impact Carbon developed a technology matrix to assist the school with choosing the best system for their school size. Schools were asked to pay a down payment, and make three payments per year, corresponding to the start of the term, when schools would have the most money coming in. Impact Carbon also partnered with a local supplier, who provides the larger UV and Ultrafiltration systems, to conduct installation and maintenance.

Within a month after the initial offer, 5 schools had joined the program on 1 year financing plans, purchasing systems with an average cost of $1,000. 15 more schools joined the program in the next three months, with Impact Carbon capping the 2013 pilot at 20, to better understand usage, acceptance, breakage, and maintenance. In 2014, the program has continued to grow at a fast pace, with 65 installations currently in place, over 40,000 students currently accessing safe water, and a goal of 200+ systems by the end of the year. In the next 5 years, this program plans to expand to thousands of schools in Uganda, along with potential expansion to other countries.

While offering financing to schools is a significant risk, Impact Carbon has mitigated this with flexible payments, initial risk evaluation, product assessment, and continued monitoring and maintenance built into the price, establishing a long term connection with customers, not just a one off transaction. Further, the consumers for these products are stationary institutions with reliable revenue streams, and while the risk for default and bad debt certainly exists,, this risk pales in comparison to the potential market and the growth potential for this business.

The ultimate goal of this program is to benefit the consumer. Our consumers are small, medium, and large schools who have expressed a tremendous demand and need for safe water products, and require patient capital to be able to access the systems they need. As it develops, this program will likely grow into a stand-alone social enterprise. Impact Carbon will continue to incubate this business until that happens, with an eye towards full cost recovery, and strengthening the products offered to increase and accelerate growth.

[3] During the focus group discussions, most school administrators reported boiling about 50-200 liters of water per day depending on the student size. However, when teachers and students were asked, every focus group mentioned that this water was only usually provided once a week, or at best every other day.