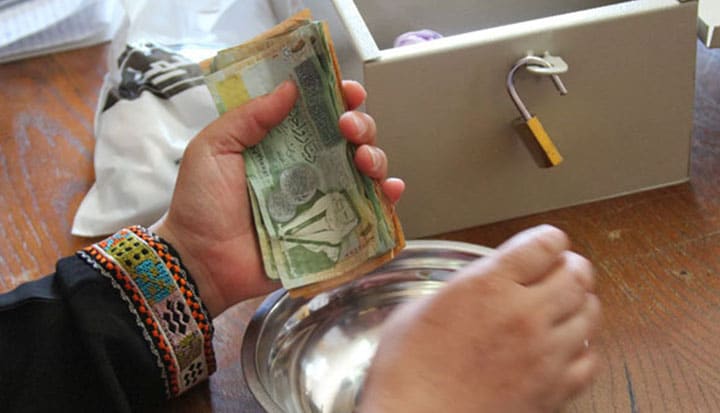 
A recent IMF ‘staff paper’ (i.e. this is not the official view of the organisation, but they’re not disagreeing with it either...) provides additional support to CARE’s fight for financial inclusion by showing that four of the dimensions of financial development – access, depth, efficiency and stability – can significantly reduce income inequality and poverty.

There is a fifth dimension, financial liberalisation, but that – maybe unsurprisingly if we think about the causes of the global financial crisis – makes poverty and inequality worse. But even so, it is nice to have an august but rather neo-liberal institution acknowledge the importance of our cause.

The authors of the new study, Financial Development, Inequality and Poverty: Some International E..., have looked at a sample of 143 countries over the period of 1961-2011, and as I’ve said, they come to the conclusion that financial development can significantly reduce income inequality and poverty. And helpfully they have also looked at whether the reverse causality may apply – i.e, as poorer people’s incomes grow, financial services develop – and have decided that the causality runs from financial development to reduced inequality, not the other way round.

Why is this of importance to us here at CARE?

Well, as I have said we are committed to financial inclusion, particularly of women, and have been so for nearly 25 years, initially via our Village Savings and Loan Associations which provide effective informal financial services to women. However, in recent years we have increasingly been working to link groups to the formal sector, often to banks. This is for reasons of security (keeping the group’s savings of, say, around $1,000 in a metal box under the treasurer’s bed is not very secure) and because groups require increasingly sophisticated financial products as they develop.

Many banks are rising to this challenge – see for instance the mapping of bank linkage efforts in the recent CARE/Plan/Barclays publication The State of Linkage Report: The first global mapping of savings gr... – but much more needs to be done to push banks to recognise the business case for linkage, and for governments to build an enabling regulatory environment, and to develop effective financial inclusion strategies in their economic development planning. Therefore, evidence such as that from the IMF is valuable in helping persuade governments to push the banks to do more to improve access.

It is also good to know that an area on which CARE has worked for nearly 25 years not only directly improves the lives of the (mainly) women who are in savings groups which link to banks, but that these improvements in access to finance also much more broadly help to fight inequality and poverty.

This article first appeared on Care International INSIGHTS and is reproduced with permission.