HOW-TO SHUT THE HELL UP & CHANGE THE WORLD 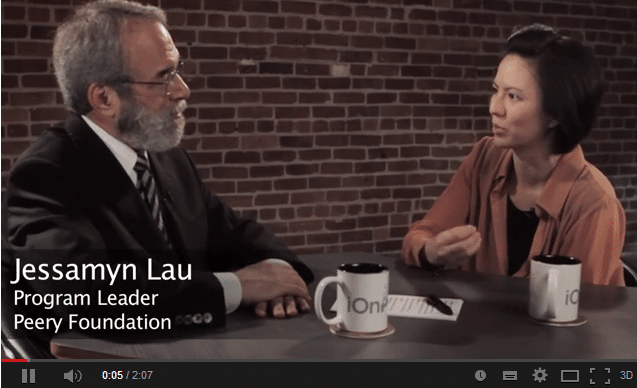 
“If you’re early in your [social justice] career, just shut the hell up and…and work really, really hard,” John Anner, Executive Director of the East Meets West Foundation, tells new social change agents. What in the world is he talking about?!?!? He can’t really mean that, can he?

After all, the challenges are huge and there is so much damn work to be done. We need every voice sounding the alarm. Every hand is urgently needed on the ramparts. Right? Right?!?!

Recently in Davies Hall in San Francisco, I was transfixed and transported by Tchaikovsky’s Piano Concerto Number One (played perfectly by the San Francisco Symphony and virtuoso pianist Yefim Bronfman).

The program notes reminded me that “music requires from us… a willingness to probe its rich intricacies, the capacity to be startled and dismayed, to have one’s soul tormented a little, to stand along with others and witness the hopes in the vision of the composer.” For music, substitute “justice.” For composer, substitute “social entrepreneur.”

What the program notes did not say, because it is so blatantly obvious, is that no instrument in a symphony plays for the entire concert. There is a time to play, a time to practice and a time to listen. In the symphony of social service, don’t expect to be conductor or virtuoso player the first day that you pick out your instrument of social change.
“I talk to young social entrepreneurs, and I just want to say slow down. Although the problems are urgent and so important, I need to have more patience,” concludes Jessamyn Lau, a former program officer with the Peery Foundation.

As every musician, every writer and every artist learns — and as every leader of social justice ignores at their peril, the white space around a canvas, the quiet between the notes and the silence while you listen and learn from colleagues, clients and fellow change agents defines and refines your personal mastery of your craft.

Silent learning is not passive. Every actor and every musician “hears” their audience and responds. There is engaged, active silence and there is tuned out, distracted silence.

Shutting up is not the same as shutting yourself out.

This video and article first appeared on Café Impact and is reproduced with permission.