How to Overcome the Fear of Working with the BOP 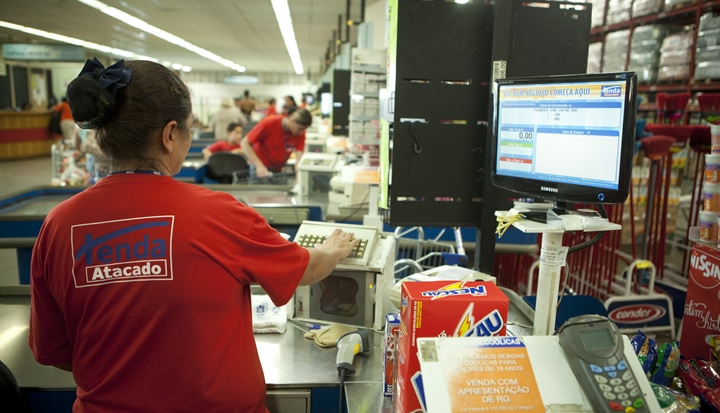 How to Overcome the Fear of Working with the BOP


One of the reasons why companies and financial institutions fear entering the low-income market segment (the so called base of the pyramid or BOP) is the risk that this entails. The lack of knowledge about the preferences and tastes of this population, as well as their variable income stream are some of the factors that discourage the entry in BOP markets and that contribute to its stigmatization as an unattractive segment.

The question then is how to manage risk? In 2003, in the middle of the microcredit boom in Brazil, Tenda Atacado, a São Paulo based whole sale company, faced what seemed to be a risky endeavor: offer microcredit to its clients—most of them micro entrepreneurs with monthly incomes below $855—as part of a credit program to allow customers grow their small business at the same time Tenda increased its sales and client loyalty. How could Tenda start serving the BOP when its core business was so far from finance and microcredit?

In a very entrepreneurial and creative way Tenda outsourced the risk—just as it was suggested by C.K. Prahalad in 2002—delegating the set up and administration of the credit program in three Brazilian experts in microfinance and micro entrepreneurs. It’s like this that VoxCred was launched in 2005, a new, independent company that would administer cartão Tenda (Tenda’s private label). In just two years or accumulated experience and evident positive results, in a strategic move Tenda decided to absorb VoxCred and transform the credit program into a new business line that in 2008 would represent revenues for R$56 million. Currently, almost 190,000 micro entrepreneurs of the BOP have Access to credit through Tenda for working capital and the purchase of materials.

While Tenda’s competitors partnered with large banks like Itaú-Unibanco or Bradesco in order to offer credit to its clients, Tenda went further and offered a product that’s adapted to the informality of the low-income micro entrepreneur. Notwithstanding the difficulties and learning from mistakes, Tenda now has several advantages over its competitors such as the access to its clients’ spending information which helps them make better interpretations of the customers’ needs and preferences.

Working in BOP markets is not easy. There aren’t unique recipes. Tenda identified an opportunity in the credit boom and its existing client pool, which enabled them access to the low-income segment. With precaution the company outsourced the risk in people with the required experience, helping incubate what in a short period of time became an important source of revenues for the company and an incredible support for low-income micro entrepreneurs.

Opportunities like these abound and the positive trend will continue. The BOP market in Latin America and the Caribbean (LAC) is $509 billion every year, more than Argentina’s GDP. The opportunity in health is $24 billion. In sectors such as energy and housing, the market potential is $30.5 and $56.7 billion respectively. A recent World Bank study shows that in the last 10 years 70 million people in the region have seen an increase in their purchasing power, a clear reduction of poverty, coupled with the sustained growth of ALC, strongly suggests that the demand of the BOP for basic goods and quality services will grow in the coming years.

As Tenda, there are many companies that have managed to serve the BOP facing the risk in a creative and strategic manner; that have achieved commercial viability and are positively impacting the lives of those in the BOP.

This article first appeared on the Inter-American Bank's Spanish Blog, and is reproduced with permission.