How Can We End Malnutrition? 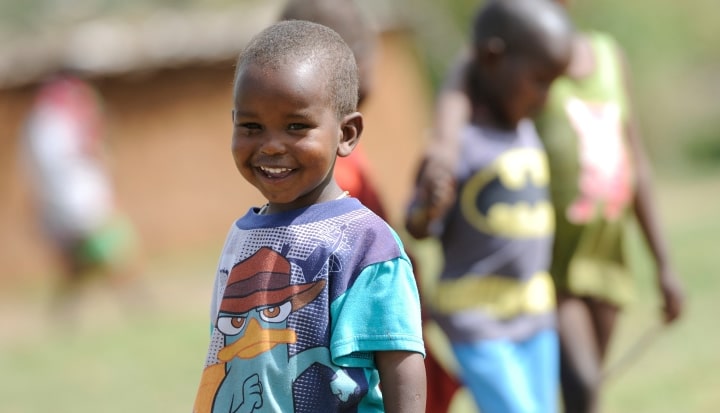 How Can We End Malnutrition?


Here is a business proposition: invest $1 today and reap $16 in benefits, saving millions of lives at the same time. Yes, this 1,500% payback is possible – according to theGlobal Nutrition Report 2014 – and represents a return on investment that has comfortably outperformed the US stock market over the past 80 years, while saving the lives of potentially hundreds of millions of people.

Yet today, more than 100 million children are starting their lives with inadequate nutrition, impairing their mental abilities and causing physical defects – damage that can never be repaired after two years of age. On the other side of the equation, more than 40 million children – two-thirds in low- and middle-income countries, out of an estimated 1 billion people globally – eat both too much and unhealthily, harming themselves and contributing to an increased burden on the world’s health systems.

In fact, the Global Nutrition Report concluded that almost every country in the world suffers from at least one of the following nutrition-related public health problem: stunting, anemia or obesity.

However, help is at hand: in 2014, the Copenhagen Consensus’ panel of eminent economists from around the world concluded that in terms of benefit-to-cost ratio, micronutrient supplements for children represent a “phenomenal” investment, with micronutrient food fortification being almost as powerful. So, improving nutrition is, next to necessary humanitarian help, clearly a highly cost-effective intervention.

Together with our partners at the World Food Programme of the UN and the Global Alliance for Improved Nutrition (GAIN), Royal DSM has helped to put hidden hunger – people who get enough calories but suffer from micronutrient deficiency (a lack of vitamins and minerals) – high up on the international development agenda. Indeed, the World Health Organization aims to reduce the number of stunted children (under five years old) in the world from 162 million today to fewer than 90 million by 2025. This target is also in line with the Millennium Development Goals, which will be formally assessed at the end of this year and replaced with new Sustainable Development Goals (SDG) for the next 15 years. Via partnerships, a relatively small company like DSM ensures that over 20 million people in poor countries have access to nutritious food. This can and needs to be scaled up.

Combating malnutrition should remain a top priority for these SDGs. In fact, the UN Food and Agriculture Organization states that malnutrition is responsible for almost half of the 6 million deaths in children under five each year. It drains $3.5 trillion from global economies and prevents 25% of children from reaching their full potential in life. Even if a child survives into adulthood, the effects are still felt through an estimated 10% reduction in lifetime earnings. It is estimated that malnutrition causes an 11% loss of GDP in Africa and Asia. According to GAIN, the global cost of malnutrition annually is $19 billion in lost adult work performance and related health expenditure.

These are mind-blowing statistics, yet this economic and human cost can be avoided. To solve the problem of malnutrition, the private sector, civil society and government need to work together, as the problem is too big to be solved by one group alone. We are glad to be facilitating an interactive discussion this year at the World Economic Forum Annual Meeting in Davos to further our joint commitments to fight this scourge of humanity over the next 12 months and beyond. We believe business has an important role to play in creating sustainable access to good quality nutrition for all.

The SUN (Scaling Up Nutrition) Business Network, announced last year, aimed to have 99 companies signed up by the end of 2015. I am proud to say that already 107 companies are participating and I’m looking forward to building on this momentum in Davos. The participating companies are asked to map their competences and indicate where and how they can support the global projects and actions to end malnutrition and stop (hidden) hunger.

Malnutrition has a profound effect on economies, so membership is not limited to food and agricultural companies. As the co-chair of this network, I call upon all businesses present in Davos this year to join the SUN Business Network, because achieving good quality nutrition for the world is everybody’s business.

Let’s make a next step in civilization by no longer accepting that people unnecessarily suffer and even die as a result of shortages in nutritious food, since nobody can be, nor call him or herself successful, in a world that fails.

This blog was previously published on the World Economic Forum blog and is reproduced with permission.

Find out more about Food Security and agriculture at the World Economic Forum here, or by emailing [email protected].