Hidden Hunger is a Global Killer 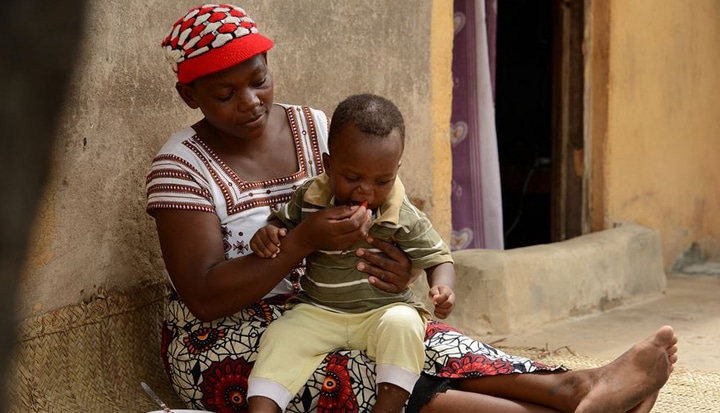 Hidden Hunger is a Global Killer

As we celebrate the achievements under the U.N.’s Millennium Development Goals and look to accelerate progress with the 2030 Sustainable Development Goals, a silent epidemic is afflicting more than a quarter of humanity — 2 billion people — around the world. It accounts for 11 percent of the global burden of disease. This epidemic disproportionately harms young children and in some of its forms causes 1 in 5 maternal deaths. Unlike with climate change, cancer or global conflicts, ending this epidemic is well within our grasp; in fact, the cure has existed for almost a century, and it costs pennies per person.

“Hidden hunger” is a new term for an age-old problem we know how to solve. It refers to the lack of access to micronutrients critical to proper physical and cognitive development. In the developed world, the simple practice of food fortification has integrated essential vitamins and minerals such as vitamin A, iron, iodine and folic acid into diets invisibly, effectively and on a mass scale. Nothing illustrates or makes the case better than the simplest of foods: salt. Since we began adding iodine to salt in 1922 and enriched other staple foods such as bread and milk, we have virtually eradicated many debilitating but preventable diseases, raised collective IQ and provided a stronger foundation for healthy, productive lives.

Food fortification is a simple, cost-effective recipe that could improve the well-being of millions, yet too many countries are falling behind. For many in the international community, addressing malnutrition is a footnote to acute health crises such as food insecurity and the outbreak of diseases, yet the chronically malnourished more than twice outnumber the hungry, and 60 percent of children who die from easily treatable diseases such as malaria would survive with adequate nutrition. Vulnerable countries lose 2 to 3 percent of GDP to hidden hunger’s effects.

If we do not solve the problem of malnutrition, we will be unable to solve other pressing issues, such as poverty and child mortality. That’s why the Global Alliance for Improved Nutrition (GAIN), along with such partners as the African Union, the Bill and Melinda Gates Foundation, the World Health Organization, UNICEF, the World Food Program and USAID came together to forge a strategy to eradicate hidden hunger, at the Future Fortified summit this week in Tanzania. But governments will need to do their part: credible and sustained political efforts critical to ending hidden hunger.

Every dollar spent on combating malnutrition yields $138 in health savings and increased productivity, and food fortification is among the most effective public health investments the international community can make. For example, fortifying flour with iron costs approximately 4 cents per capita annually, while treating iron-deficiency anemia, which causes 1 in 5 maternal deaths, costs $7. Iodine deficiency, the leading cause of mental disability worldwide, can cause IQ to drop by 10 points, whereas iodizing salt costs as little as 5 to 10 cents per person per year, returning $26 annually in increased productivity and health care savings. When these numbers are multiplied across the millions whose lives are uplifted by better health, the cost savings are enormous, and the benefits to human dignity and fulfilling every child’s potential are immeasurable.

Food fortification initiatives are underway in countries around the globe, and they’re working. More than 150 countries are implementing salt iodization programs, 82 countries have mandated grain fortification, and dozens more are fortifying edible oils, sauces and condiments with needed nutrients. In Costa Rica, thanks to iron fortification, anemia has been reduced by more than half. Incidence of spina bifida, a serious birth defect that causes paralysis, has been reduced by 30.5 percent in South Africa, thanks to flour fortified with folic acid. GAIN works with fortification programs such as these in over 40 countries, and so far, we’ve been able to reach almost 1 billion people. But we have much more to do to make fortification universally available, especially for the poor.

If we are serious about ending hidden hunger, governments in the developed world need to ramp up support for fortification programs, from ensuring staple food producers have easy access to micronutrient mixes to facilitating quality fortified food production to educating consumers about the benefits of choosing fortified foods and enabling the private sector to do its part. Evidence shows that making food fortification mandatory and vigorously enforcing quality and compliance is key to ensuring a healthier future for millions of people.

Broad demographic shifts, new technologies and the globalizing food system are opening avenues to universalize food fortification. Whether it’s iodizing salt at the source in Senegal, which distributes salt to most of sub-Saharan Africa or adding iron to staple condiments such as fish sauce in Vietnam, where half of mothers are at risk of anemia, the end of hidden hunger is within sight. Ninety years ago, the introduction of salt iodization wiped out goiter and cretinism in parts of the United States and Europe, leading to improved school completion rates and a shift toward higher-paying jobs. With improved technologies and a globalized food system, all we have to do is step up to the challenge and commit to fortifying foods for all.

When combined with other critical interventions, such as promoting exclusive breast-feeding up to six months and continuing for two years and improving overall access to a diverse diet, especially for mothers, fortification contributes to a powerful recipe to tackle malnutrition. The tools have been in our hands for nearly a century; it is time we use them better.