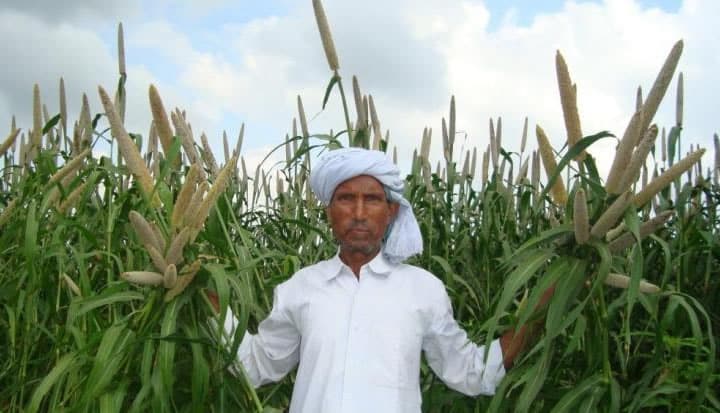 CHALLENGE: What roles should business and others play in enabling farmers to improve their incomes?
Monday August 10 2015


Imagine you’re a farmer in rural India. You work on less than an acre of land, and your soil lacks the nutrients needed to grow a successful crop. Water is scarce outside of the monsoon season, when torrential rainfall can damage crops and wash away valuable soil and nutrients. You don’t have regular access to the right fertilizers, and you lack the basic farming training to maximize your yields. Your family struggles with having enough to eat.

In recognition of, which is implemented by, The Mosaic Villages Project being implemented in India, and also in Guatemala and Africa, resonates with the idea put forth by the Food and Agriculture Organization of the United Nations for the International Year of Soils, which aims to increase awareness and understanding of the importance of soil for food security.

In India, The Mosaic Company Foundation has partnered with the Sehgal Foundation, to support the “Krishi Jyoti,” or “enlightened agriculture,” program which lifts smallholder farmers out of poverty through investment in agricultural development, water management, and community initiatives.

”We value our long-term partnership with the Sehgal Foundation, which, through the Krishi Jyoti program, is helping The Mosaic Villages Project make a difference in the lives of smallholder famers and their families in India,” said Rick McLellan, Board Member, The Mosaic Company Foundation. “Through fertilizer loans, agronomic training and community support initiatives, participating farmers are increasing their crop yields by up to 35 percent over traditional practices, and selling the surplus at market.”

Villagers seek the knowledge to improve their crop yields

The Mosaic Villages Project in India began in 2008, in just a handful of rural villages. The Krishi Jyoti program first met with the challenge of gaining villagers’ trust, as many communities are isolated and have little contact with the outside world. But, with the help of local project teams—as well as the dramatic yield gains achieved by participating farmers—The Mosaic Villages Project gained momentum.

The project has reached 45 villages in the states of Rajasthan and Haryana,. Participating farmers have seen significant increases in crop yields:

At a recent agricultural leadership summit held in Gurgaon,

employees of Mosaic India and the Sehgal Foundation team hosted a booth dedicated to raising awareness of the Krishi Jyoti program. More than 5,000 farmers, including 100 participants of Krishi Jyoti, visited the booth, and the teams reported an “overwhelming response” from farmers for the project, with many inquiries about bringing it to new areas of Haryana, India.

In India, water is a critical issue—both for farmers growing crops as well as the surrounding communities. Seasonal monsoons alternate with long, dry periods, making it difficult to maintain an adequate groundwater supply. By constructing check dams, rainwater is captured and stored—which recharges groundwater levels and can be used for irrigation.

The Mosaic Villages Project funded and managed the construction of new check dams in four villages. These dams have benefitted tens of thousands of people, and have a total reservoir capacity of over 14 million gallons.

When smallholder farmers improve yields enough to feed their families and sell their surplus crops, the whole community benefits—from better nutrition and improved water availability, to improvements in the local education system. The Mosaic Villages Project funded renovations to schools in four villages.