Hanging By A Thread: Workers’ Rights And Lives 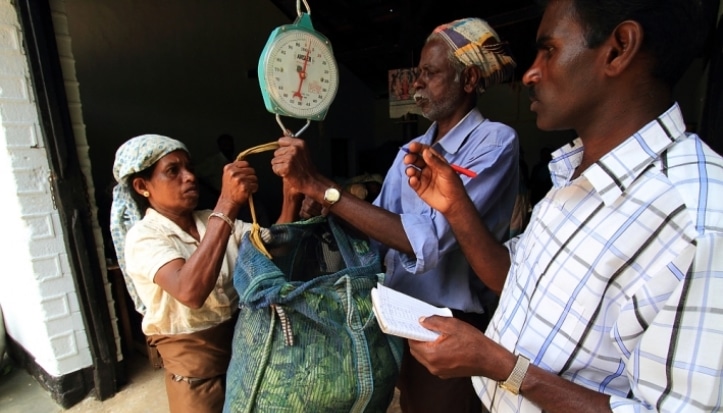 Hanging By A Thread: Workers’ Rights And Lives

Campaigning On Workers' Rights In One Sector Can Bring Important Gains – But In Doing So, We Must Not Ignore The Needs Of Vulnerable Workers In Other Sectors

I was working in my room on the fourth floor of a hotel in Dhaka, Bangladesh's busy capital, when I saw a man hanging by a rope. To be precise, he was washing windows while suspended on a fragile-looking piece of wood tied to a single swaying cord. The words emblazoned on his t-shirt read "Jesus ♥ Me". While I'm not normally religious, for his sake I truly hoped this was the case.

I had come to Bangladesh to work on a project focused on improving the rights of workers. On that particular day, I was working from my hotel because the city had been shut down by a hartal – one of the strikes-cum-protests that were becoming more frequent as national elections neared. As I worked, my thoughts kept wandering to the man on the rope. What about his rights?

The health, safety, and lives of many workers around the world hang by a thread – in this case, literally so. Was I, as a Private Sector Advisor with CARE International UK, doing enough to make sure that he had a safe workplace?

Why do campaigns focus on some workers and not on others?

Since the Rana Plaza disaster last year, tens of millions of pounds have poured into Bangladesh to improve standards in the garment sector. The money comes both from donor governments and from international brands, through the largely European Accord for Bangladesh Fire and Building Safety and the North American Alliance for Bangladesh Worker Safety, where CARE is represented on the Advisory Board. This investment, as CARE has written before, is urgently needed.

But maybe, as human rights advocates, we need to take a wider look at the dynamics which result in substantial international campaigning and funds being directed to one group of workers, rather than others. To take just a few examples:

Construction workers are three to four times as likely as other workers to die on the job, w.... Fishers suffer over 24,000 deaths per year and are highly subject to forced labour. Of the more than 50 million domestic workers, almost a third are excluded from any d...

All of these occupations arguably place workers in a more vulnerable position than that of garment workers – yet it's unlikely their plight will ever make front-page news, or be embedded in the consumer consciousness in the same way the typical 'sweatshop' worker is. Why is that?

If garment workers are not necessarily the most at-risk, why are campaigners so single-mindedly focused on them? Largely, it's because campaigners are pragmatic, and they know how to identify potential wins.

Clear criteria determine whether a public-facing campaign can be successful. First, people have to actively associate themselves as consumers of a product, preferably in way which has an emotional connection, for example with coffee or their new pair of jeans.

Leverage points are also needed: in the case of the garment sector, these are the Western companies that are dependent on Bangladesh for production, and the Bangladeshi government which is dependent on the garment sector to drive the economy. And regrettably, a major disaster, where more than a thousand people die, forcefully highlights the links between that emotionally connected product and the day-to-day poor conditions and severe risks faced by workers in far off countries.

This approach is responsible for many victories – the Accord and the Alliance being cases in point. But it also has a flip side: we talk about Bangladesh's garment workers, but not about its ship breakers,tea pickers, or any number of informal workers in less well-known sectors. While the narrower focus brings action on an important issue, it risks diverting attention away from the root causes of exploitative work that affects much larger populations, not just in one sector, but in many.

How can we broaden the workers' rights agenda?

Workers' rights must not be an 'either or' matter, a case of construction workers vs garment workers. We need to draw focus back on the root causes of the vulnerability of not just one group of workers, but all of them.

Opening the lens to all workers means not just campaigning against companies, but working with governments to build capacity and political will to be able to respect, protect and fulfil the rights of all workers. In a context like Bangladesh, this means ensuring that labour legislation on health and safety, minimum wages and other basic standards applies not just to a single sector but to all sectors.

Opening the lens also means working with companies to establish new business models that provide more voice to workers (as CARE itself has done in the garment factories of Bangladesh and in the tea estates of Sri Lanka). These approaches may not involve campaigning, and they may never reach the ear of the consumer, but they are important for changing the systems of laws and policies which impact workers.

The current work to improve the garment sector in Bangladesh is essential, and potentially lifesaving. We do not need to reduce it, but rather to expand it to the billions of workers whose conditions will never make the front page. We can't leave them hanging by a thread.

This blog was previously published on Care Insights and is reproduced with permission.