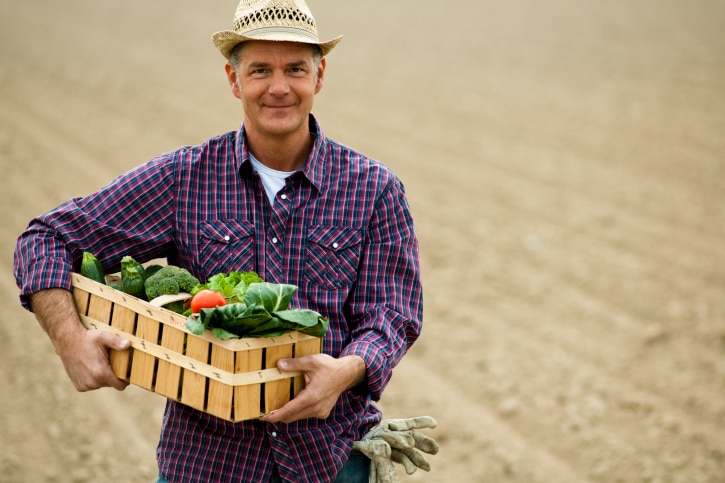 The report highlights the seriousness of the situation facing growers in developing countries, prior to Fairtrade Fortnight which begins on Monday (23 February – 8 March) with the theme Make it Happen. Choose Fairtrade. The Fairtrade Foundation is also announcing today that UK sales of products carrying the FAIRTRADE Mark reached an estimated retail value in excess of £700m in 2008, bucking the global downturn with a 43% increase over 2007.

Some 450 million small farms around the world are home to 2 billion people, one third of all humanity, and therefore are vital in increasing both the production of food for local and national consumption, as well as earning crucial export income from international trade to boost wider economic growth and development. Yet the Foundation’s report, which interviewed farmers’ groups in Uganda, Malawi, Nicaragua, India, Sri Lanka and the Caribbean reveals that many families are now having to spend up to 80% of their entire household budget on basic food items. Rocketing food, fuel and fertiliser prices have had a devastating effect on their livelihoods – in some cases, families have been forced to cut out meals, take children out of school and reduce the amount of land they plant, or even sell some of their land, as they can no longer afford to farm it or buy fertilisers to keep up production.

‘The food situation is really bad. Apart from times of calamities such as drought, this is the most difficult time we’ve known with these high food prices. I don’t see them reducing soon. It will last another ten years,’ says Joseph Mbusa, of the Mubuku Moringa Vanilla Farmers Association in Uganda, who was interviewed for the report and farms a one-acre plot of vanilla. For many farmers, farmgate prices of export commodities such as vanilla, coffee, tea or sugar have been completely outstripped by the dramatic rise of local food staples such as maize.

‘These are tough times for everyone, but they’re desperate times for many poor communities and small farmers in developing countries,’ says Harriet Lamb, Chief Executive of the Fairtrade Foundation. ‘They urgently need support to keep producing the food we all eat, and to provide a future for their families. We are calling on governments, North and South, and businesses to ensure this crucial small farmer sector is placed centre stage in strategies to tackle the food crisis and boost agricultural production.’

The report catalogues a shocking record of decline in agricultural support over recent decades:

Levels of Northern government aid to agriculture collapsed from $7.6 billion in 1980 to just $3.9 billion in 2006
African governments currently spend on average just 4%-5% of their national budget on agriculture
Developing country farmers are facing an extreme ‘credit crunch’ with a collapse in access to agricultural financial services – international donors provided just $71 million for such services in 2006, compared to $466 million in 1980.
Smallholders have been routinely marginalised in the way states and businesses have developed private sector involvement in food farming, focusing instead on developing large scale industrial agriculture.

The report will form the basis for a high-level conference to take place in London today (Thursday, 19 February), at which a range of government officials, international NGOs, small farmer representatives and businesses will discuss the impact of the food crisis for small farmers and the business case for future small farmer support. Key speakers will range from Gareth Thomas MP, Minister of State for Trade and Development; industry chiefs including Justin King, Chief Executive of Sainsbury’s; dedicated fair trade company bosses such as Sophi Tranchell, Managing Director of Divine Chocolate, as well as producer representatives from India, Malawi, Sri Lanka and Uganda who supply the UK market with nuts, sugar, tea and coffee.

The conference and report will also consider the role of Fairtrade in supporting the sector through the current crisis. The fact that farmers are organised in cooperatives or associations means they are able to secure better prices than they could as individuals up against unscrupulous, exploitative middlemen. Since most farmers buy more food than they sell, the extra income from Fairtrade can mean the difference between survival and destitution when food prices are high and commodity prices fall. The Fairtrade premium for investment in business or community programmes also takes on greater importance as farmers are still able to make practical improvements.

‘Access to the Fairtrade market has given us hope, otherwise we would have been wiped out. Without hope farmers would be harder hit, and would be degraded. The hope for our future is Fairtrade sales,’ says Joseph Mbusa in Uganda.

Secretary of State for International Development, the Rt Hon Douglas Alexander MP today encouraged UK shoppers to keep supporting Fairtrade, ‘UK shoppers who buy Fairtrade products are providing farmers in the developing world with a crucial lifeline in the current climate. The cost of the raw materials and fuel that farmers need is unpredictable and knowing they’ll get a guaranteed price ensures they can feed and house themselves, school their children and earn a living.’

Harriet Lamb welcomed record UK Fairtrade sales of over £700m, saying: ‘We’re delighted to be able to report growth of 43% in Fairtrade sales, keeping us on track with our plan to double the impact of Fairtrade by 2012. In the current global economic climate, farmers need Fairtrade more than ever. So it is profoundly reassuring to know that the public are still wholeheartedly backing a better deal for farmers and workers around the world, enabling them to survive this crisis and continue investing in stronger businesses and a better life for their communities. And it makes sense for business to build long-term relations with producers on whom they depend while also responding to public demand for Fairtrade.’

However Fairtrade sales are only one means of support to the small farmer sector, and the Foundation’s report concludes with a series of recommendations. Among these are:

Northern governments should increase their aid to agriculture as the FAO says the countries hardest hit by the food crisis need $30bn annually to ensure food security and promote agriculture, and they should refocus their agricultural aid to prioritise small farmers, including those producing for the Fairtrade market;

Southern governments should strengthen producer and farmer organisations, including Fairtrade organisations and honour their commitment in the Maputo declaration 2003 to spend at least 10% of their national budgets on agriculture;

Companies should extend the scope and range of Fairtrade products they sell and invest in smallholders in their supply chains to become better organised, and build long-term and sustainable relationships;

The public should commit to buying more Fairtrade products more of the time, asking their local shops, supermarkets and cafés to stock more Fairtrade products and their favourite brands to switch to Fairtrade, and stepping up their campaigning activity for broader fundamental changes to the international trade system to benefit smallholders especially in least developed countries.

‘Put quite simply, we’re calling on all major players to put smallholders at the heart of their agricultural policies,’ said Harriet Lamb. ‘Everyone can do their bit by increasing the size of Fairtrade markets, but there also needs to be a concerted effort by governments, international institutions and business to shore up agricultural support systems so that small farmers can stay on the land, produce food for local consumption, as well as get a better deal from trade so that they can also play their part in tackling poverty and contributing towards the achievements of the Millennium Development Goals, to which governments have committed.’