Getting to the Bottom of...Toilet Innovation 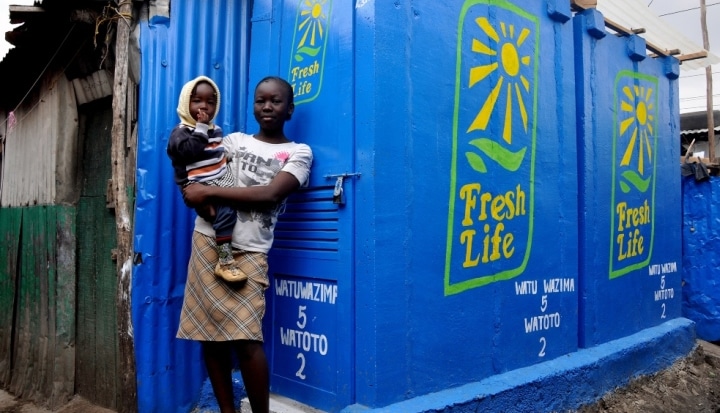 Getting to the Bottom of...Toilet Innovation

More than a third of the world population does not have access to a clean toilet. 1.1 billion people defecate in the open. On the first UN-recognised World Toilet Day on 19 November, two social entrepreneurs explain why “everyone should give a shit”.

When the UN Deputy Secretary-General Jan Eliasson announced World Toilet Day in July, he left no doubt about the urgent need for action: “Almost 2,000 children die every day from preventable diarrhoeal diseases. Poor sanitation and water supply result in economic losses estimated at $260 billion annually in developing countries […] It is also unacceptable that many girls are pushed out of school for lack of basic sanitation facilities. I urge every country to accelerate progress towards a world in which everyone enjoys this most basic of rights.”

The statement was music to the ears of Thorsten Kiefer, former human rights lawyer, Ashoka Fellow and founder of WASH United. Determined to take the hands-on approach in the field of water, sanitation and hygiene (WASH), he started the social impact organisation in 2010. The statistics, he says, were simply too serious to ignore.

Diarrhoea caused by dirty water, poor sanitation and bad hygiene kills more children than malaria, measles and HIV/AIDS combined. But simply building toilets is not enough: stories of bathroom units being used as storage rooms are well-known among development aid workers. The 2010 Football World Cup in South Africa sparked charity action from across the world. Disappointed that no one seemed to be tackling the ‘unsexy’ sanitation problem, Kiefer took matters into his own hands.

Combining his commitment to sanitation as a human right with his great passion for football, Kiefer went on the look-out for ‘WASH Champions’. He is quite blunt about the existing sanitation image that he needed to change: “Let’s be honest: we are talking about human shit, menstruation. We needed to make the whole topic less ugly. And even more than that: we needed to make it cool.”

Inspired by the Football World Cup in South Africa, the German social entrepreneur pulled some favours from his contacts at FC Bayern Munich. His proposition to some of the world’s biggest football stars was a simple question: “Do you want to be the 150th star to promote education, or do you want to be the first-ever Toilet Champion?” Before the World Cup kicked off, he had a team of star ambassadors lined up.

Unlike mainstream NGOs, Kiefer went about his campaign in a business-like way. “We looked at how brands work. Why are Coca Cola and Pepsi everywhere in Africa but toilets are not? Because they fulfill people’s emotional needs. They want to feel good in society.” WASH United’s mission is to make hygiene part of that ‘feel good’ spirit, too.

The problem with sanitation, Kiefer says, is that it has been communicated in a negative way for over forty years. “The messaging was bad: ‘If you don’t wash your hands, it could kill you.’ From a behavioural studies point of view, that is the worst you can do. Imagine telling your young child: ‘Brush your teeth, or else, when you reach an older age, your teeth rot away and fall out.’ What works much better is focusing on the positive: ‘If you brush your teeth, you are a toothbrush superstar.’”

From a festival in Nairobi to the Yatra travelling carnival that engaged 160,000 people across India, WASH’s approach has included parties of all kind. Interactive toilet games teach children about handwashing and using the loo, like the ‘blue hand game’ that shows how germs spread when throwing a football around.

Kiefer’s team even created a supporters club - the WASH Club - built on the community feeling of a sports fan club, complete with jerseys, posters and a colourful logo. Their next challenge is to break the taboo around menstrual hygiene in schools. Kiefer says he won’t stop until everyone has access to basic sanitation. “I’m 40 years old: I know it is possible within my life time.”

Another Ashoka Fellow that uses a business approach to sanitation innovation is David Auerbach. Following his studies at Yale and a short teaching career in China, he launched Sanergy in Kenya, which, he says has “an amazing ecosystem for entrepreneurship”. The country was the ideal place for him to launch his franchise toilet business: “Residents of urban slums are willing to pay for and are demanding hygienic sanitation close to where they live.”

Sanergy charges its franchisees for building and operating the toilets, and they in turn charge people to use them. Auerbach believes his social enterprise model is the best to tackle sanitation issues in Kenya: “I think it the most effective approach out there because it gives local entrepreneurs the opportunity to clean up their communities and make a viable income in doing so. When other residents of the community see their neighbours improving their lives through running a business, they want to join the movement too. This will lead to scale.”

Customers can pay by the visit, week, or month, and children pay less than adults. Some parents buy monthly memberships for children who attend schools with inadequate sanitation facilities. Other families buy a monthly family membership to their neighborhood Fresh Life Toilet. Sanergy’s model doesn’t stop at providing clean loos. The waste is treated to be used as organic fertiliser, which helps combat the food security challenge.

Auerbach says he initially struggled to find people to sign up as ‘toilet entrepreneurs’: “It is asking a lot of people to invest their hard-earned savings into a new, innovative sanitation business. However, the majority of our 110-person team is from the communities we serve and we have built great partnerships with local organisations that have helped us identify entrepreneurs and do marketing in the community. We now have over 130 entrepreneurs.”

With over 1 billion people living in slums and that number doubling by 2030, the urban sanitation crisis is more urgent than ever. Auerbach believes government and social enterprises should work hand-in-hand: “As we grow, we see the government as a great partner for expansion. We also work closely with government at the policy level to come up with guidelines and regulations to enable better implementation of hygienic sanitation in urban slums. One big challenge we face is access to land. The slums are very built up and land title is nebulous. We need to find ways to secure land so that we can expand our operations.”

Calling all young sustainability entrepreneurs! Unilever and Ashoka Changemakers are looking for the next generation of leaders. Do you have an innovative solution? Enter it to the competition today.