#GBCtalksmalaria with Jon Pender of GSK 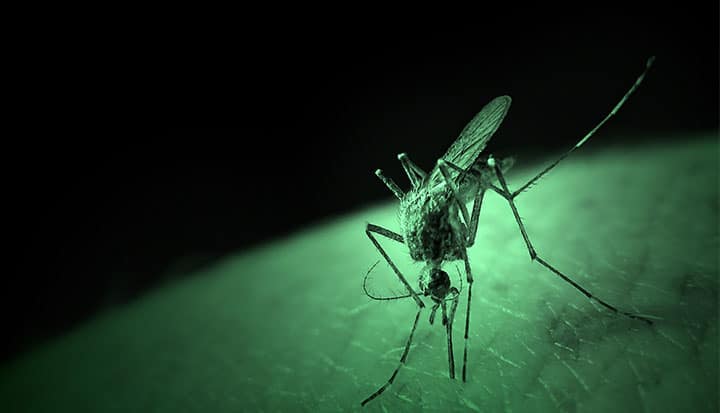 #GBCtalksmalaria with Jon Pender of GSK

This interview is part of a series in which experts discuss key aspects of the malaria challenge– innovation, program implementation, finance and policy. We hope the series sparks conversation and encourages others to determine how they can best contribute to the fight to end malaria for good.

In your opinion, what would be positive game changers in the fight against malaria in the next 5 years?

Existing methods to fight malaria such as bed nets, rapid diagnostic tests and anti-malarial medicines have been effective with significant reductions in deaths from the disease over the past decade. But malaria is not yet beaten and concern about resistance to treatments and insecticides is increasing along with the uncertainty of future investment from international funders. To defeat malaria for good, new tools are needed. Vaccines have successfully turned the tide on a number of diseases. Currently, no vaccine exists against malaria but we are closer than we ever have been before, with our malaria vaccine candidate receiving a positive review from the EU regulators and WHO-led pilots due to start next year.

What do you see as the most important assets the private sector brings to the fight against malaria?

As a global science led healthcare company, we bring significant scientific expertise, resources, experience and capability to tackling malaria which we are willing to share in partnerships. Researching and developing medicines and vaccines for which we know there will be a limited market brings with it inherent challenges. We have seen how successful product development partnership (PDPs) have been for example with PATH, MMV, DNDi and FIND. By sharing the costs and risks and bringing a portfolio approach they have enabled companies like GSK to make investments in R&D for the developing world. But it also works the other way around. When we screened 2 million of our compounds against the falciparum malaria parasite, we put the results of the 13,500 ‘hits’ we found into the public domain, to stimulate basic research in the public and academic sectors.

More broadly, at the community level, there is an opportunity for the private sector to contribute to malaria control and elimination. In many endemic communities, the informal private sector is often the first point of care for fever cases. Therefore, there’s ample opportunity to provide training to expand their involvement in malaria diagnosis, treatment, and referrals.

Why does GSK invest in malaria R&D?

GSK has been involved in the fight against malaria for more than a century. Despite the fact that we have seen huge progress in the fight against malaria over the past 15 years, this progress is fragile. Malaria is both preventable and treatable but as we know it continues to take a devastating toll on families, communities and economies – particularly in Africa. Defeating malaria could help unlock human and economic potential. At GSK we believe that tackling malaria is a key entry point from which wider health issues can be improved. Investing in defeating malaria is a springboard for reinforcing health systems across the board, enabling communities to prosper.

We know that science alone won’t solve the problem though, so this is why GSK is involved in almost every aspect of malaria treatment and prevention, to an extent that no other single company is. Our work in malaria has three key areas of focus:

R&D is therefore a key pillar in our fight against malaria and will remain so, but we know that a comprehensive approach to malaria is required so that we are able to scale up and use all established tools of control, whilst continuing to invest in the development and use of innovative new tools.

What are the biggest obstacles to innovation in the malaria space?

The science of the diseases is incredibly challenging, because the malaria P. falciparum parasite, which causes the deadliest form of malaria in humans, is capable of adapting to the human host and escaping its immune response. So malaria research projects are extremely challenging scientifically but are also difficult from an economic point of view. When developing tools for communities who cannot afford to pay much – if anything – for them, the traditional incentives for research and development evaporate. This compels us to be thoughtful and targeted about how and where we invest, to create a balanced portfolio, and to shake up the traditional conditions for research and development.

All of the ingredients are out there – the challenge is finding the right recipe for collaborations that bring together organisations and people with different but complementary skills and the method that takes a long-term view. Partnerships are needed not only to find innovative tools to fight malaria, but also to ensure successful implementation of these new tools so that they reach the people who need them.

Our malaria vaccine development partnership with PATH has become a symbol of what collaborations can achieve. Only by working together, and combining our respective resources, could we shoulder the scientific and economic challenges of developing a malaria vaccine. We are now bringing this experience to vaccine development programmes for HIV and TB.

Another challenge that will be crucial for future innovation in order to end malaria for good will be ensuring that the next generation of young people, future scientists and engineers for example, are aware of the threat malaria continues to pose to people and communities and that they are inspired to get involved! We need new ideas across the board if we are to beat it, we will need new energy to continue the fight against one of the world’s deadliest diseases

Tell us more about the vaccine pilot with PATH and your hopes for its future?

For 30 years, GSK has been working with partners, to develop a vaccine against malaria. Our candidate malaria vaccine, known as RTS,S or Mosquirix, which was developed in partnership with PATH is the most advanced malaria vaccine in the world. The vaccine candidate targets the P. falciparum, malaria parasite, which is most prevalent in sub-Saharan Africa.

Based on the results of a large clinical trial programme involving over 16,000 children in sub-Saharan Africa, the European Medicines Agency granted RTS,S a positive scientific opinion in July 2015. Following this, the World Health Organization announced last year that RTS,S will be introduced in three sub-Saharan African countries through a large-scale pilot implementation, where the vaccine will be administrated in medical routine care.

During 2016, WHO secured the required funding for the pilots to proceed from Gavi, UNITAID and the Global Fund and these are set to begin in 2018. Along with our partner PATH, we have committed to donate the vaccine doses for use in the pilot implementations.

The pilot implementations will assess the extent to which the vaccine’s protective effect, demonstrated in children 5 to 17 months of age in pPhase 3 testing, can be replicated in real-life settings. They will also evaluate the feasibility of delivering the required four doses of RTS,S, the vaccine’s potential role in reducing childhood deaths, and its safety in the context of routine use.

We believe that the potential of this vaccine to reduce the burden of disease in sub-Saharan Africa is significant and we welcome the support for the pilot programme to enable us to gain additional information about how best to deliver RTS,S in a real-world setting. Of course, we hope these pilots will be successful in showing that even a partially effective vaccine could have a significant impact on the health of African children – and, if it is recommended, offer an added tool – not a replacement for current malaria prevention methods.

We continue to invest in vaccine research for malaria including looking at whether changing the dosing schedule of RTS,S may improve its efficacy.

Jon Pender is Vice President, Global Health in GSK’s Government Affairs Department. As such, he is responsible for ensuring that GSK’s approach to sustainably improving access to medicines in the developing world reaches as many people in need as possible, whilst ensuring that incentives for investment in innovation are retained.

Jon has participated in a number of hearings, workshops, seminars, evidence sessions and other events on access to medicines and partnership issues including at the UK Parliament, European Parliament and Commission, UN, World Bank, WHO, WTO, Oxford University, Harvard and Chatham House.

Jon works with a wide-range of stakeholders including governments, NGOs, multilateral agencies, investors and the media, and represents GSK at a number of international organisations such as the WHO and WTO. He is a former Board Member of the Roll Back Malaria Partnership and is Chair of the IFPMA’s Global Health Committee and co-Chairs the UK’s Industry Government Forum on Access to Medicines (IGFAM). Jon sits on the Steering Committees for GSK’s Partnerships with Save the Children and Comic Relief.