Personal Perspectives on the Corporate Response to HIV/AIDS 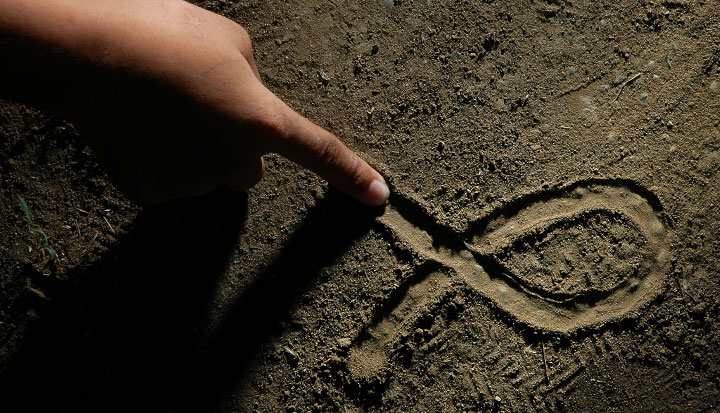 Personal Perspectives on the Corporate Response to HIV/AIDS

This interview is the second in a four-part series in which experts reflect on the progress made since the groundbreaking AIDS 2000 Conference in Durban and the challenges that remain. The 21st International AIDS Conference is being held in Durban, South Africa, July 18-22.

Given that 60 percent of people living with HIV lack access to treatment, what needs to be done in the next 10 years to ensure increased access to HIV prevention and treatment programs for marginalized populations?

There has been enormous progress made in responding to HIV over the past 15 years. In 2000, 770,000 people had access to treatment. Today, more than 17 million have access to the life-saving medicines, and new HIV infections among children have been reduced by 70 percent since the conference was last in Durban.

However, people who are at higher risk of HIV infection continue to be left behind. In 2015, there were around 250,000 new HIV infections among adolescents aged 15 to 19, with girls accounting for around 58 percent of new infections among this age group, and 75 percent in sub-Saharan Africa. We have to address the root causes of such an injustice, and that means ending gender-based violence, gender inequity, harmful gender norms, stigma and discrimination. We need to ensure that women and adolescent girls are able to access sexual and reproductive health services and that their rights are respected. AIDS-related illnesses are a leading cause of death among adolescents in sub-Saharan Africa. We have a responsibility to ensure that young people are equipped with the information to keep them safe from HIV and other infectious diseases and that they have access to the tools that can keep them healthy.

Key populations, including gay men and other men who have sex with men, transgender people, sex workers and their clients, people who inject drugs and prisoners, are many time more vulnerable to HIV infection than the general population; yet continue to be stigmatized, marginalized and unable to access HIV programs. Reaching these populations and ensuring they have safe access to the HIV prevention and treatment services they need will be pivotal to ending the AIDS epidemic.

The private sector can play an important role in reaching people most affected by HIV. The private sector can bring up-to-the-minute technological advances to the response, using mobile phone technology, database software and geographic information systems to ensure that people in even the most remote areas are reached with information and HIV services. It’s this kind of innovation and partnerships we need to take the response to the next level. Partnerships and innovative solutions will be key over the next decade in reaching people being left behind in the HIV response and leveraging the full potential of governments, the private sector, health specialists, civil society and communities to end the AIDS epidemic by 2030.

What has been the biggest accomplishment in addressing the AIDS epidemic to date? How can we build on this success to accelerate progress and ensure equitable access?

The incredible expansion of access to antiretroviral medicines in recent years must go down as one of the biggest achievements in responding to HIV. Going from 770,000 people with access in 2000 to 17 million today is an enormous achievement and has saved millions of lives. And this has only been possible because of the negotiations to reduce the price of medicines. We managed to reduce the cost of first-line antiretroviral medicines from US$ 10,000 per year in 2000, the last time the International AIDS Conference was held in Durban, to less than US$ 100 per year in 2015. That has made the difference between paying US$ 170 billion per year in treatment costs to paying US$ 1.7 billion, an enormous cost saving. This willingness to expand access to testing and treatment services will need to continue if we are to reach the 20 million people still in need of treatment for HIV.

What are your biggest concerns regarding the current state of HIV prevention and treatment efforts?

The number of new HIV infections among adults has not declined in recent years, and I fear that if there is a resurgence of the HIV epidemic it could become impossible to control. This is why I have sounded the alarm that we need to Fast-Track prevention efforts for adults to bring the number of new infections down globally to below 500,000 a year, from around 2 million a year currently.

Today, we have multiple prevention options, but the issue is access—if people do not feel safe or have the means to access combination HIV prevention services we will not end this epidemic.

The current allocation of resources for HIV prevention is also falling short of what is needed. Currently, only 20 percent of global resources for HIV are being spent on HIV prevention. The reports of rising numbers of new HIV infections are coming as data reveal donor funding has declined to its lowest levels since 2010. International donor contributions dropped from a peak of US$ 9.7 billion in 2013 to US$ 8.1 billion in 2015. Low- and middle-income countries are stepping up to fill the gap, with domestic resources accounting for 57 percent of the US$ 19.2 billion total funding in 2015.

What do you see as the top priorities to ensure that progress on HIV is made in the next 10 years? What partnerships do we need to realize the success of these priorities?

I was very encouraged to see the bold new targets and commitments of the 2016 United Nations General Assembly Political Declaration on Endin.... Those targets and commitments are the most ambitious HIV-related targets ever set, and fall in line with the UNAIDS strategy to Fast-Track the AIDS response by 2020. Ending the AIDS epidemic by 2030 will only be possible if Fast-Track Targets are met by 2020. Explicitly, this means reducing new HIV infections to fewer than 500,000 globally by 2020, reducing AIDS-related deaths to fewer than 500,000 globally by 2020 and eliminating HIV-related stigma and discrimination by 2020.

To reach those ambitious targets, we must respond now. We must double the number of people on treatment, stop new infections among children, reach 3 million people at substantial risk of HIV infection with PrEP, make 20 billion condoms available and reach 25 million young men with medical circumcision.

We have to take AIDS out of isolation and integrate services with tuberculosis, hepatitis, cervical cancer and sexual and reproductive health services. To do all this will take even greater political commitment and financing than we already have. Anchored in these targets is a commitment to increase and front-load investments in order to close the resource gap by investing at least US$ 26 billion a year for the response.

None of this is achievable without partnerships. We need the leadership of our young people, the innovation of the private sector, the minds of our best researchers and the sustained commitment of our donors. Country governments will need to continue scaling up their financing commitments and use the resources where they will have the most impact. We will all need to work closely together to realize the 2030 Agenda for Sustainable Development.

Reflecting on the past decade and a half since the International AIDS Conference in Durban served as a catalyst for global advocacy and access, what is the significance of the return of the conference this year to Durban?

The South African Government now invests more than US$ 1 billion in its AIDS response. In 2009, voluntary HIV testing reached just 2 million South Africans, but between 2010 and 2012 more than 20 million HIV tests were carried out in a huge HIV screening campaign over 18 months, and as people learn their HIV status they have been given access to care and treatment. From 2011 to 2014, access to HIV treatment doubled.

South Africa continues to show its commitment to intensifying its response. In May, the government announced that the country will provide treatment to all people living with HIV by September 2016. This brings South Africa in line with the latest guidelines on HIV treatment from the World Health Organization.

Corporate social responsibility has also played a part in this progress, with local businesses and large multinational companies offering HIV services to their employees. And we never would have reduced new HIV infections among children by 60 percent in five years in the 21 priority countries of the Global Plan Towards the Elimination of New HIV Infections Among Chi... without the engagement of the private sector.

Applications are now open for the 2016 GBCHealth Business Action on Health Awards in the categories of: Partnerships for Global Health, Community Programs: Focus on Global Health Security, and Workforce & Workplace Engagement. Apply now and share with your networks.

The GBCHealth Business Action on Health Awards honor companies that exemplify a spirit of innovation and dedication to outstanding achievements in global health. GBCHealth is pleased to announce that the application process is now open for three additional categories of the 2016 Business Action on Health Awards. For-profit companies are eligible to apply for an award in the following categories:

The GBCHealth’s Business Action on Health Awards shines a spotlight on exemplary corporate programs that address global health challenges in unique, high-impact and collaborative ways. Winning programs across application categories are results-oriented, innovative, offer compelling models for action and application, and strengthen systems. Companies interested in being considered for a Business Action on Health Award can apply by completing the application form here. Applications must be submitted no later than August 3, 2016.

For full information on the awards and the application process, visit the GBCHealth website.

This article first appeared on GBCHealth.org and is reproduced with permission.