From Philanthropy to Social Business 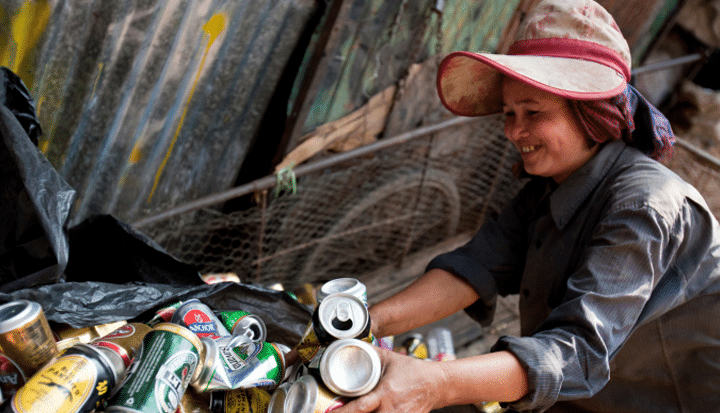 From Philanthropy to Social Business

Across south Asia, philanthropic giving has a long tradition. The transition from that philanthropic activity to strategic sustainability is happening but at different rates and in different ways across the region.

The past two decades of economic growth have created a core of super-successful companies, mainly Indian, that now have international reach and are highly aware of sustainability reporting and programming. Tata Industries, for example, has created an index to measure and enhance what it sees as its “sustainable human development” work. The index is already in its third edition.

A handful of other corporations are also leading a trend that embraces the western model of reporting. In fact, India has the biggest increase in reporting globally, according to KPMG’s Corporate Responsibility Reporting Survey 2013. Since 2011, the previous year KPMG polled, there’s been a massive leap in large companies reporting – from about 20% of large companies to now nearer 70%.

“If anyone still thinks that Asia is a corporate responsibility dead zone, this survey is clear evidence that they should think again,” says Sharad Somani, head of climate change and sustainability at KPMG in Singapore.

Beyond reporting, a lot of money is being spent on sustainability projects themselves. Gas and oil refining giant Reliance Group, India’s largest private company, has thus far had the highest annual sustainability spending in India, at Rs285 crore ($49m).

Many of Reliance’s “sustainability” activities might at first seem philanthropically focused. It funds the largest corneal-replacement medical service in the country, for example, and has partnered with the Indian government’s Ministry of Environment and Forests to create a national marine biodiversity centre.

Yet Reliance says it strives – especially in health and education – to foster self-reliance for Indians, and is vocal about its embracing of sustainability as a core business strategy.

Reliance generally does well in getting the message across about its sustainability leadership. Its sustainability reports get A+ GRI ratings, and the company is canny about social media: when it was accused some opposition politicians of working less-than-transparently with the government to raise gas prices, it used text messages to journalists and thought leaders to rebut the allegations.

Next door, in Pakistan, reporting and programming is happening, thought slightly less actively than in India.

“Sustainability is still seen as philanthropic activity in [some of] south Asia,” Qamar says. “Shell is one of the first companies in Pakistan to move away from philanthropy. For us, if it’s not aligned with what our themes are, then it doesn’t make sense – it’s not really sustainable. And that is something the market is struggling to understand. Expectations can be very different from what we are trying to do.”

For multinational corporations that have adopted advanced responsibility standards, doing business in a place like Pakistan where corruption is still high is tough, Qamar adds.

“Shell doesn’t pay bribes,” she says. “At Shell Pakistan employees have to report gifts and are registered in a system that tracks interaction with stakeholders. It’s stringently monitored.” Shell carries out anti-bribery and anti-corruption training, and works with its supply chain to cut labour rights violations, Qamar says.

Child labour is a huge and ongoing issue in south Asia, and especially in Pakistan. Finnish forestry company Stora Enso found this out in 2014 when a Swedish TV4 investigative team documented young children toiling in extreme heat collecting paper from a trash dump for delivery to a Stora Enso joint venture company.

While Stora Enso had conducted a supply chain study before starting to work in Pakistan in 2012, the company says child labour is a “socio-cultural” issue that can’t be eradicated with typical supply-chain measures. These events caused a small storm of press reaction in Sweden. Stora Enso says it won’t abandon Pakistan and that it will proceed “as quickly as possible” towards child labour eradication in its chain.

While sustainability performance may not be a primary concern among the general Pakistani population, the country’s Securities and Exchange Commission has taken note of the need for better reporting, has released voluntary guidelines for corporate responsibility, and is now working with Pakistan’s main accountancy body to standardise reporting and harmonise corporate governance in the country.

In Sri Lanka, strategic sustainability initiatives are still new, but are catching on, with a few companies such as Brandix finding their reporting and their programming (and awards they have received) as beneficial to their brand image domestically, and for business development internationally.

While each of the countries of south Asia is at a different stage of getting companies thoroughly on board with investing time and effort in sustainability, there is also some consensus in the region that socially oriented business could be a way for companies here to leapfrog worn-out models and make a bigger difference in ameliorating the social and environmental woes that current capitalist models can’t seem to eradicate.

This is where Bangladesh shines, not least through the influence of Grameen microfinance founder Mohammad Yunus, who continues to promote south Asia as a premier social business incubator. The Yunus Centre, which coordinates the Grameen efforts, has now helped more than 100 social businesses as well as partnered with a growing list of multinationals to establish, for example, Grameen Intel, Grameen Danone, Grameen Veolia and Grameen BASF.

Yet perhaps the overall progress of sustainability in South Asia can best be illustrated by a recent Coca-Cola initiative in Bangladesh. Mostly positively received, the project is called “Happiness Arcade”. In the city of Dhaka (population 15 million), Coke put out six video game arcades in April that can only be played once a plastic Coke bottle has been inserted into the mouth of the machine, which is then recycled.

In one week the company collected thousands of Coke bottles, which it ground into pellets for further uses, though not as bottles. The Happiness Arcade is still perhaps more PR stunt than strategic sustainable initiative – even the advertising agency that created it admits the difficulty in measuring its value in “ROR (return on recycling)” terms.

Coca-Cola for its part plans to continue with the arcade scheme and spread it to other countries, saying the arcade is invaluable for raising awareness.

This article is taken from Ethical Corporation’s management briefing on The State of CSR Development in Asia 2014. If you found the above of interest, you may want to read the full report as it also focuses around CSR development in South East Asia.

The complimentary management briefing provides with a detailed overview of corporate sustainability development across South East Asian countries in 2014. It includes views of some of the leading figures in the region, such as Capital Land, The World Business Council for Sustainable Development, Asian Development Bank, Veolia and KPMG.It will help you to understand what sustainable business growth actually means and how to make it happen.

Editor's Note: This blog was previously published on Ethical Corporation and is reproduced with permission.
Previous postNext post