From Fiction to Fashion: Helps Business See Forests for the Trees 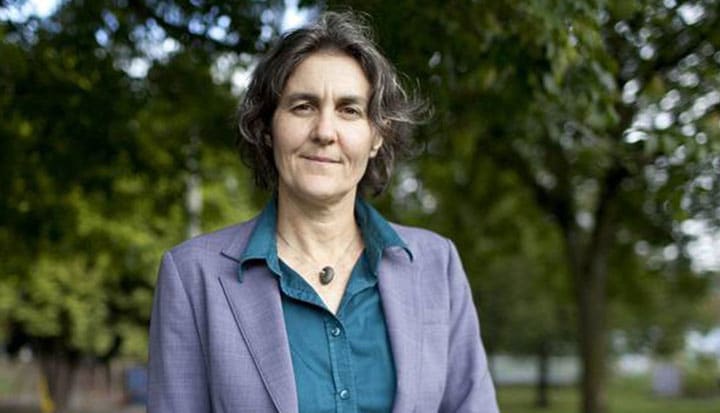 From Fiction to Fashion: Helps Business See Forests for the Trees

Dan Schiff, Global Engagement Manager, Fabric Of Change Initiative, in partnership with the C & A Foundation

Dan Schiff, Global Engagement Manager, Fabric Of Change Initiative, in partnership with the C & A Foundation


Dan Schiff, Global Engagement Manager, Fabric Of Change Initiative, in partnership with the C & A Foundation

An Ashoka Fellow since 2003, Nicole Rycroft is a tireless warrior for the world’s forest ecosystems. The native Australian, now based in Vancouver, Canada, leads the environmental NGO Canopy, which works with business partners in the publishing and fashion industries to transform their value chains in a way that protects ancient forests.

Canopy’s partners include more than 750 corporate consumers of forest products such as rayon and viscose used in garment manufacturing. Nicole also works closely with Ashoka and the C&A Foundation on the Fabric of Change initiative to build a more equitable and sustainable apparel industry through the innovations of social entrepreneurs. Nicole recently stopped by Ashoka’s Arlington, Va. offices to discuss Canopy’s strategy behind “tipping” the industry into more sustainable value chains.

Ashoka: What current challenges and opportunities are you seeing for Canopy’s work?

Nicole Rycroft: When I started Canopy, I started a conservation organization. Our mission and our mandate is to protect the world’s ancient and endangered forests, and through that to try to address climate change and the decline of species. Over the last 16 years, our work has evolved. Now I see Canopy as a power broker for a bold environmental agenda that needs to be taking place in the world.

Our model is based on that simple business adage that the customer is always right. And the more money they spend generally, the more correct they are, in terms of their suppliers. By engaging large corporate customers of the forest products industry, we’ve been able to build the economic and political conditions to help transform unsustainable supply chains and stimulate more systemic and next-generation solutions.

Ashoka: Could you talk about the notable case where you were able to get the Harry Potter book series produced in a sustainable way?

Nicole Rycroft: When we first approached book publishers, there were no [environmentally sustainable] papers for them to print on; it was that classic chicken and egg situation. And when we approached the [Canadian] publisher Raincoast Books, obviously their largest title was Harry Potter.

We knew that due to the size of its print run, Harry Potter was a title that had the ability to trigger an economy of scale in production of environmental papers that at the time didn’t exist.

Any first adopter knows that there may be a bit of a premium. Lucky for us, as an early champion Raincoast Books was willing to absorb that cost to bring a good environmental paper in the market. That first ancient-forest-friendly edition of Harry Potter and the Order of the Phoenix showed that it was possible to produce high-quality publications on paper that was helping to save our forest ecosystems. That enabled other publishers to use that paper, which then fed into the cycle of it being produced at a greater economy of scale, and subsequently, being more affordable.

On the supply chain, it revolutionized the way that book publishing was done globally. There were 40 types of environmental papers that were developed specifically for the Harry Potter contract over those years. Most of those are still commonly being used by publishers around the world today.

Ashoka: And then Canopy moved into the apparel industry…

Nicole Rycroft: Four and a half years ago, we discovered that 120 million trees disappear into clothing every year. And as shocking as we found that number, we found it even more frightening that it was slated to double within the next decade.

In that moment was the realization that we had this incredible opportunity to stop it from becoming an even more entrenched and bigger environmental problem. Before billions of dollars worth of new infrastructure was invested in exactly the wrong places, we had an opportunity to steer the supply chain toward sustainability.

So we’ve spent the last four years working with brands — we have 69 brands that have developed formal endangered forest commitments. That includes the big guys like H&M and Zara, and global icons like Levi’s, and then some of those pacesetter progressive designers like Stella McCartney and EILEEN FISHER.

Ashoka: Your philosophy seems to be that everyone has the power to make positive change at whatever level. How does that affect your strategy with companies and partners? How do you harness and direct that agency?

Nicole Rycroft: Behavioral change is a difficult thing. Our model is based on recognizing that for us, as a modestly resourced organization, our ability to change the behavior of 7 billion individuals around the world was mission impossible. But what we could do was change the behavior of those 500 to 1,000 executives that work in companies with a lot of purchasing power.

So we are helping those individuals recognize that they have the potential to contribute to conservation legacies that are much bigger than their own individual business operations. We’ve been helping those executives recognize that they are some of the most powerful advocates for conservation in the world today — they just happen to work in a publishing company or a fashion brand.