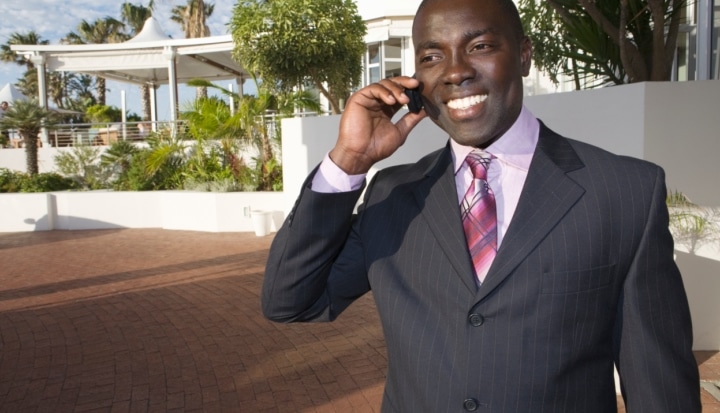 
Encouraging and fostering entrepreneurship is increasingly viewed as the best way to empower communities and bring about social change. Large corporations are joining in cross-sector collaborations with public bodies to support impact investment projects that accelerate social and environmental improvements.

SABMiller has long placed Enterprise Development at the core of its long-term Sustainable Development strategy. SAB KickStart, SAB’s youth entrepreneurship programme, started in South Africa in 1995 with the objective of alleviating poverty and to inculcate a culture of entrepreneurship amongst disaffected and unemployed black youth.

The programme continues today, now centred on supporting and growing sustainable small businesses that will have a high impact on job creation and will become sustainable entities. SABMiller provides training, mentorship and grant funding for compelling business cases that have the potential to grow beyond concept stage, allocating funds through a competition model.

In a previous post, we introduced some of SAB KickStart’s 2012 finalists to show how positive intervention through social entrepreneurship can create thriving communities.

Now we introduce the remaining finalists of 2012 to show the force entrepreneurship incubation wields as a change-maker.

Having grown up in a single-parent home in a South African township, Ntokozo Ntuli learnt the importance of financial independence at an early age. Imbued with a spirit of entrepreneurship and inspired by a work experience placement in the United States, Ntokozo started her own interior design business after graduating from the Durban University of Technology. She knew what she was taking on: “Discipline and work ethic play a huge role when it comes to proving yourself and building your portfolio as an entrepreneur,” she says.

Her business slumped in 2011, but assistance from SAB KickStart helped Ntokozo to start afresh. A grant allowed her business to become more mobile, but it was the mentorship that proved most useful to her as a businesswoman. “SAB KickStart changes your mentality and makes you look at things in a different way. They point you in the right direction.” Since then, she has completed a contract to help transform one of Durban’s old ice rinks into a cutting-edge events venue.

People living with disabilities have difficulty getting formal employment, something Ntsoaki Phali knows from work in the public and private sector. She experienced first-hand the lack of understanding and knowledge within many companies on how to accommodate employees with disabilities. Her company began to address this gap between ability, willingness and real-world placements. She works to place people with disabilities in appropriate roles and modernise the mindset of companies employing them.

“Every day is a learning opportunity for me and brings me closer to understanding my mission in life. It’s fulfilling to combine my passion with helping society and addressing unemployment,” says Ntsoaki. Her vision is to have people with disabilities represented on every level within organisations – from top management down. During the SAB KickStart mentorship phase, Ntsoaki was advised to move her business to Johannesburg where there is greater opportunity to make a difference, while still providing a service in Richards Bay where she began.

“SAB KickStart helped me see the bigger vision; changed my outlook as a person and made me realise that the impossible is possible. Innovative ideas are the answer to improving society’s problems”

Ricodlen Naicker is a confident man of 28. Unwilling to settle for the limitations of a corporate career, he opted for self-employment. “There are limitations to working for a company and by working for yourself you are able to determine your own success,” he says, explaining what prompted him to start a company supplying fuels and lubricants.

Before SAB KickStart, he believed he was running his business well but says the training and mentorship proved otherwise. “I thought that I knew how to run a business but the training showed me that I was doing it completely wrong. I had to accept within myself that changes needed to be made, and coming from SAB which itself is a successful corporation, I knew that they must be doing something right.”

Today his business employs two full-time staff, including him, and casual labour when necessary. Rico is focusing on creating entrepreneurs to “drive others to work for something that is theirs.”

Siphiwe Ntuli was inspired by his business-owner uncle to take his own strides into the market economy. He learnt the skills of his trade while working in the automotive carpet industry and learnt all he could about running a business before launching his own company in 2007. Then, he operated just two sewing machines. Today, he uses nine and employs five full-time members of staff to make mats, seat covers, window stockings and protective overlays.

His business skills have been honed on the job and through assistance from SAB KickStart. “The SAB KickStart training was unique in comparison to other SMME development programmes. I’ve experienced. When I walked out of the training I was a different person with an exit strategy that similar programmes do not offer.” Post-SAB KickStart, Siphiwe says his client base has increased, applying the knowledge and skills attained during the training and mentorship within his business. But most importantly, his relationship with his employees has improved ten-fold.

“I didn’t know how important interaction with your staff is until SAB KickStart and it’s made a positive difference in my relationship with all of them.” He is a firm believer in the power of SMMEs in turning South Africa’s unemployment crisis around. “Our education system should incorporate entrepreneurship into schools so that it’s developed at an early phase. SMME’s are crucial to growing the economy and to job creation.”

Solani Lidzhade’s father “could sell anything” and watching his methods as she grew up taught her financial aptitude from a young age. Mukoni Software started in 2006 to provide software development and ICT solutions to clients. It’s a competitive sector with several large players; she had to distinguish Mukoni Software from the field. “Many corporate companies don’t have faith in small business and their loyalties lie with existing bigger clients,” says Solani. ““What gives us the edge is innovation. We’ve developed systems of which we own the intellectual property and these are unique and customised for the client – something that has never been done before.”

It sets her apart and has earned recognition. As a result, she has had to resist take-over bids and increase her full-time staff from two to nine. SAB KickStart helped me understand what I want to achieve in business and how to get there. The business skills training offered was vigorous, intense and had a ‘no-nonsense’ approach.

Thati Mashao is a land surveyor and single mother. She knows how important it is to be organised. “Being an entrepreneur for me means having perseverance, discipline and a lot of hard work,” says Thathi.

Working in the construction industry to gain experience, she noticed that many companies hired their equipment and so the idea for a hire firm struck her. She knows the challenges that women face, especially in a traditionally male environment like construction, but believes that entrepreneurship is empowering women across the continent. “Some of my customers do not believe that I manage my business but this has taught me how I can manage their expectations.”

“The SAB KickStart competition has been an eye-opening experience for me, especially the training and mentorship. I would encourage anyone to do it: we have support from companies like SAB and we can enable our own success.”

As a motorsports fanatic, Tiisetso was drawn naturally into a career involving cars. He combined his love of legal drag racing with his dream of forging a successful, sustainable financial future for himself and founded Ekurhuleni Paints with his brother in Brakpan, Johannesburg in 2011 to combine their automotive skills.

Establishing the first black-run automotive repair business met with challenges to start, but the brothers have become a respected business serving the drag and taxi industries. “There were a lot of cultural challenges we had to deal with in the Brakpan area at first but we managed to overcome these,” says Tiisetso

“SAB gave me the opportunity, despite my scepticism of entering competitions. I didn’t initially believe that there was help out there for small businesses like mine and they made me look ahead and take a step forward.” Since participating in SAB KickStart, he says that his business has moved from being an informal operation to a more professional establishment.

In just two years, Zitha Qaba has established a vigorous, trusted company providing beauty therapies and hair styling to the women of Port Elizabeth. Her first customer continues to use the business today. She sets herself apart from the competition by focusing on convenience for walk-in clients. “Before I owned my own business I was a client myself – I know what people don’t want when it comes to service,” says Zitha.

Before joining KickStart, she struggled with the planning and forecasting aspects of running a business. She ran the business from day-to-day and didn’t know how to plan for slow business.

Help from SAB KickStart allowed her to build a new therapy room and buy equipment so she could focus on growing the trade. She says she has learnt valuable lessons: “When you run your own business you have to push yourself, be positive, stay focused and never lose sight; and be innovative when the business is slow or seasonal.”

Motherwell is a township on the outskirts of Port Elizabeth inhabited by low to medium-income earners but is becoming increasingly aspirational. “Motherwell is one of the fastest growing townships in Port Elizabeth and people living there are trying hard to improve their lives,” says Zola, a self-confessed entrepreneur, “so the need for the carwash was evident.” 469 – the Motherwell dialling code – Carwash was established to provide a five-star while-you-wait valet service and employs a total of 7 full time staff members.

A grant from SAB KickStart allowed him to purchase more equipment and refurbish his premises. “SAB KickStart’s mentorship support requires you to be precise and adhere to things that are out of your comfort zone. The programme has changed my business and challenged my awareness of it and potential to grow.”

Zola is aware of increasing crime and unemployment rates in the Eastern Cape and hopes, through creating opportunities for youths, he can give back to his community.